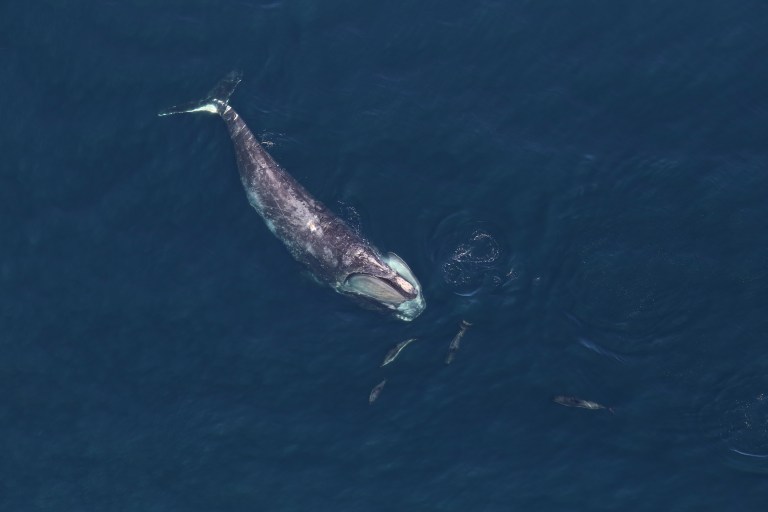 The National Marine Fisheries Service (NFMS) released a new rule at the end of December to reduce the risk to critically endangered North Atlantic right whales. Unfortunately, the rule is inadequate to protect these animals.

NFMS’ rule focuses on helping whales that get tangled in fishing gear used for crab and lobster fishing. However, their proposed measures aren’t proven to reduce the risk to the whales. NMFS should instead focus on fixing the timing and size of seasonal fishing enclosures to help protect whales against tackle, ropes, and other hindrances.

“NMFS has an opportunity, with this proposed rule, to create real change that would assure right whales have a future—an opportunity it appears to be squandering.

As the new administration comes in and the agency works to finalize this rule, we strongly urge that this proposal be reconsidered and a concerted effort made to expand the size and timing of closures to risk-prone fishing gear in areas we know are regularly used by right whales,” Kitty Block, president and CEO of the Humane Society of the United States and Sara Amundson, president of the Humane Society Legislative Fund wrote, “Meanwhile, we will continue to work tirelessly to ensure that North Atlantic right whales are not lost forever.”

North Atlantic Right Whales can’t afford many more deaths. In order to keep them from going extinct, we need to demand more protection for them!

The SAVE Right Whales Act (S. 2453), a bill before Congress supported by members of both parties, would make federal funding available for much-needed conservation efforts to protect the North Atlantic right whale. It would also expand research on ways to reduce vessel collisions and entanglement in fishing gear.

Will add this article in our February Report. http://cates1980.wixsite.com/cateswebsite/about_us