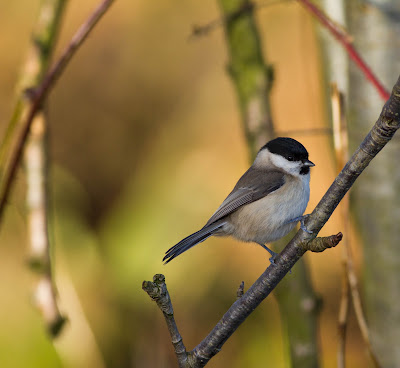 Happy New Year to everyone and to all you birders out there I hope you’re 2013 year list has got off to a good start. Mine is so abysmally average I’m not even going to let on! Struggled to get out what with one thing and another … weather mainly, but I did get out on New Year’s day and since my favourite haunt, the Derwent Valley, was looking more like the North Sea rather than a nature reserve I decided to spend the day on higher ground in the Howardian Hills.

Castle Howard would normally be an obvious venue in this much under-rated and under watched area but, sensing it would be thronging with day trippers, dog walkers and Christmas jumper wearers, plus the fact that access is severely restricted these days, I decided to head for Yearsley and the Oulsten Reservoir – an area I used to tramp around regularly up until a few years ago, and see what was occurring.

I have to say, the first day of 2013 around these parts was lovely …. dry (and that’s something!), crisp (nicely cold) and more importantly …. lots of sunlight! I had a reasonable few hours walking around familiar forest paths from yesteryear and to my delight found a new right of way through one of the wooded valleys around here.

Apart from a brief Peregrine Falcon moment I didn’t see much to report but at least 7 Common Buzzards in the area was reassuring, there were a few small flocks of Redpolls and Siskins, at least 6 Grey Partridge in amongst dozens of Red Legged, and this is one of the few places in the York area you can see both Marsh and Willow Tits …. and I got em both!

I messed around in Lightroom to make something of this pair of Mute Swans that I rather like and will be forever tagged in my collection as ‘Sepia Swans’!

This is a view of the Oulsten Reservoir with no birds on it! It’s never been thronging with water birds but I can remember small flocks of Mallard, Teal, Tufted Duck and Goldeneye here in years gone by and a dozen Goosanders the last time I was here. I did notice some ominous looking screens around the place with square holes in them that looked better suited to guns than telescopes though and it makes me wonder if the ban on fox hunting has led some of our blood thirsty gents into wild fowling for their weekend entertainment!

In some European countries like Greece and Italy they also shoot small birds (passerines) like this rather handsome Goldfinch. Safe here thank goodness, apart from passing Sparowhawks of course! This one was basking in the sun it must have almost forgotten about and looked so full on he was crying out to be snapped.

Rather a shame that I couldn’t at least get a ‘quicky’ of the Peregrine but I hardly had time to get the bins on it and identify as a female before she swooped down below the horizon and into a valley full of soon to be agitated pigeons!

Fared a little better with the Buzzards and although at some range and thus cropped a bit too much I think ‘Lightroom’ (which you may have guessed I’ve just acquired and currently playing with!) has done a reasonable job on these 2 pictures.

Amateur photographer and birder. UK based and semi retired, I work part time for the Yorkshire Wildlife Trust. The rest of the time I take photographs of the wildlife I see on my travels in the UK and abroad recording what I see on my blog Timbobaggins Abroad .