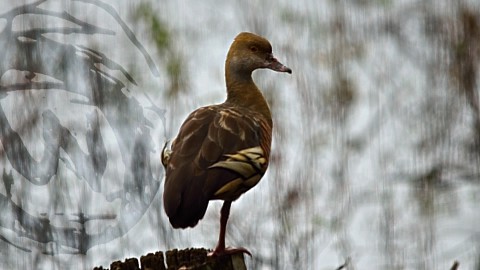 The grass whistle duck (plumed whistling-duck) is not a true duck because they are monochromic (both sexes have same colour plumage) and have long legs and necks.

Also the traditional “quack” is a actually a whistle. Predominately found in N. Australia and scattered groups in New South Wales & Victoria, with only a small area in the northern part of South Australia where this bird is protected and must not be shot. Love the human reasoning.