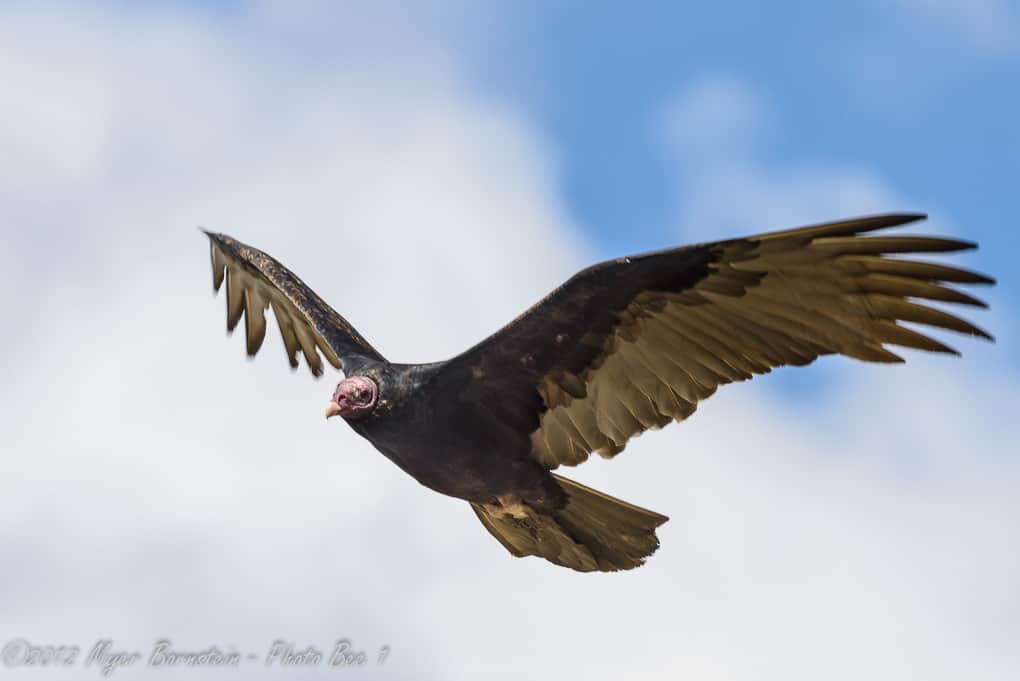 The United States is home to three species of the new world vultures, the Black Vulture, the Turkey Vulture, and the California Condor.

Most people consider vultures as ugly dirty birds. In fact, they have their own natural beauty about them.

Of the black and Turkey vultures, which one is “better looking,” Is an interesting question.

While I was down in Texas, my group was split on that question.

All the species of new world vultures and condors are scavengers with the died be an overwhelmingly composed the carrion.  However, some species such as the black culture have been recorded as killing live prey.  They locate the carrion.  By using their highly developed sense of smell, since bodies of decaying animals produce the gas, methyl mercaptan.  The head and neck of the new world vultures do not have feathers, which is an adaptation for hygiene, allowing the sun to sterilize the skin and keep bacteria from ruining the feathers of the head and neck if they were present.

While I was photographing in Texas, both the Turkey and the black vultures came to the area where the crest, the caracaras were feeding.  At times, they will feed with the crest, the caracaras, but on the days that I saw them, they only landed into the trees and observed the caracara’s feeding. At a distance, Turkey vultures appear black, but as you see them up close, they are more a dark brown.  Black vultures are blacker in color, but do have subtle shades in their feathers. The vultures are usually seen soaring with the black vulture flapping its wings more frequently than a Turkey vultures who have very few wing beats and also hold their wings slightly raised, which makes a ‘V’ when you view of them had on.

Vultures are a more southern species, although they are being seen more frequently in the New England area.  Turkey vultures are now present all year round in at least southern New England.