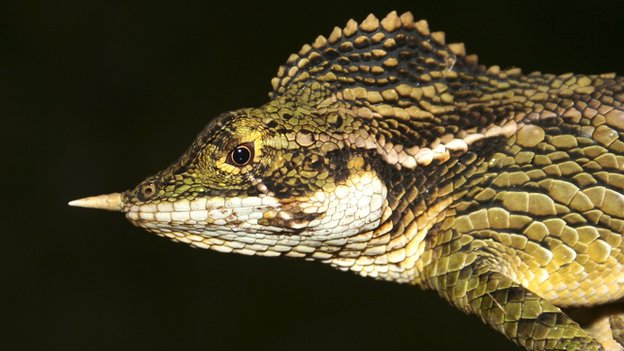 Almost a fifth of the world’s reptile species are at risk of extinction, according to scientists. Research led by the Zoological Society of London found that the future of 19% of the world’s reptiles are threatened. Conservation experts also confirmed that 47% are vulnerable and highlighted the possible extinction of three species.

The figures are based on a random sample of 1,500 of the world’s reptile species. “It’s essentially an election poll set up – using this sample to give an example of how reptiles are doing as a whole,” explained Dr Monika Bohm, lead author of the study published in the journal Biological Conservation.

The study was made in conjunction with 200 experts from the International Union for the Conservation of Nature’s Species Survival Commission. Reptiles are a group of vertebrates that includes turtles, tortoises, snakes, lizards, crocodiles and amphisbaenians – commonly known as worm lizards. Tuataras, lizard-like animals found only in New Zealand are also included.

There are an estimated 9,500 different reptile species in the world. “Reptiles can really be important in natural food webs: they’re really important as predators as well as prey,” said Dr Bohm.

“The risk is – if you lose a really important food source you can change food webs quite dramatically.”

Although some species, including the tuatara, have survived relatively unchanged for millions of years, Dr Bohm pointed out that reptiles can often be “indicators” of environmental problems.

“Reptiles are often associated with extreme habitats and tough environmental conditions, so it is easy to assume that they will be fine in our changing world,” she said.

“However, many species are very highly specialised in terms of habitat use and the climatic conditions they require for day to day functioning. This makes them particularly sensitive to environmental changes.”

The study highlighted that levels of threat to the diverse group of animals are particularly high in tropical regions due to pressures from agriculture and logging. One species previously listed as Critically Endangered is the jungle runner lizard Ameiva vittata, which had only ever been recorded in one part of Bolivia.

But, prompted by the destruction of its habitat, two recent searches for the animal were unsuccessful, causing conservationists to question its future existence. In Haiti, six of the nine species of Anolis lizard studied also had an elevated level of localized extinction due to extensive deforestation.

Freshwater turtles were also flagged as a considerable concern. The study estimated 50% were at risk of extinction, and 30% of freshwater reptiles are in danger of disappearing as a whole. Dr Bohm hopes the study’s results will focus attention on their plight.

“With turtles, what’s quite often the case is they are affected by harvesting and they’re quite often used for food or the pet trade,” she told BBC Nature.

The survey is one of many that aims to provide an indicator of biodiversity both now and over time, in an effort to make such research more collaborative.

“This gives us an indication of how reptiles are faring and we can compare this to other species groups.” “We can then find out if there’s a similar picture across all of them or if there are some that are particularly threatened,” Dr Bohm commented.

“It’s more of a drive to really pool information rather than everybody doing their own thing… really working together, getting it out there and giving it more emphasis.”