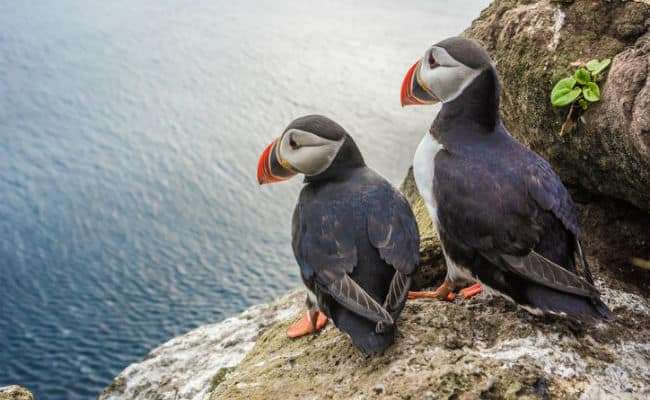 A new report finds one out of every eight bird species is now facing the threat of extinction. What led to this and, crucially, how can we save our birds?

The organization BirdLife International authored the comprehensive analysis, called the 2018 State of the World’s Birds report. The report uses population data from many of the best-studied and, in some cases, most common animals on our planet to look at the state of avian biodiversity.

The report produces a number of key facts, but most glaring among them is that around 40 percent of the world’s 11,000 bird species are now in decline. In addition, one out of every eight bird species is now under threat of global extinction.

This extinction threat and population decline used to be seen in animals that are more remote from us, for example those that live on mountaintops or in other such unfriendly terrain. That is no longer case.

The report highlights that even familiar birds we are used to seeing around us are dwindling. These include animals like Atlantic puffins and European turtle doves, to name just a couple.

The report goes into detail about why this apparent loss of bird populations is actually a sign of a wider biodiversity crisis.

While precise extinction threats won’t translate, birds are an easy-to-spot measure of how other animals in our ecosystems might be doing, particularly because we can find birds of some kind all across the planet. They are, as the report notes, “a barometer” for how wildlife is faring.

With that in mind, their decline is worrying not just for the loss of bird species, but what it might also indicate about our other wildlife.

“The data are unequivocal. We are undergoing a steady and continuing deterioration in the status of the world’s birds,” Tris Allinson, BirdLife’s Senior Global Science Officer, is reported as saying. “The threats driving the avian extinction crisis are many and varied, but invariably of humanity’s making.”

So what is causing this extinction threat?

One of the main threats appears to be our agricultural practices.

To illustrate this, the report found that 74 percent of species from around the world that are considered under threat have been driven to that point, in large part, because of our farming practices. This can include things like clearing land to grow one kind of crop, destroying hedgerows, using pesticides, and more.

Other threat activities, which it seems often overlap with agriculture as well as other development practices, include logging, the introduction of invasive species with whom native birds can’t compete, and hunting.

Close on their heels is the wider concern of climate change which appears to have driven around a third of threatened species to that point. This is a figure that will likely grow if we do not stick to our commitments to reduce fossil fuel use and reduce global warming.

One animal highlighted by the report that seems to have been directly impacted by climate change is the snowy owl. The snowy owl migrates to colder climbs during the winter months. Climate models predict that suitable climatic environments will creep northward as the planet grows hotter.

In terms of their hardiness, the snowy owls are well-equipped to deal with regions like the Arctic. However, their prey is not similarly well-adapted. They eat rats and other rodents, animals that will not make a journey north from areas of North America and Canada. As a result, the snowy owl’s future is in doubt.

The report also details an interesting insight into how overfishing impacts more than just fish populations. Our aggressive fishing practices are driving down seabird populations by limiting fish supplies for some birds that have very particular tastes and will not eat other, more plentiful fish.

All this said, there were some bright spots in the report.

BirdLife found evidence that around 25 bird species, among them the pink pigeon and the black-faced spoonbill, have been brought back from being severely threatened, in large part because of targeted conservation efforts and campaigning. This shows that when we put our mind to it, we can make a real difference for many bird species and turn this situation around.

“Although the report provides a sobering update on the state of birds and biodiversity, and of the challenges ahead, it also clearly demonstrates that solutions do exist and that significant, lasting success can be achieved” Patricia Zurita, BirdLife’s CEO,said in a press release.

Ending homogenizing farming practices, committing to swift action on climate change, and tackling overfishing are all important actions that we can take to protect birds and other threatened animals. We have the power to save our bird species, we just have to act.

The Trump Administration and U.S. Fish and Wildlife Service recently removed protections from over 1,000 bird species that were protected under the Migratory Bird Treaty Act. Russell Weiss started a Care2 petition, demanding a reversal of this decision.

And if, like Russell, you want to make a difference on an issue you find deeply troubling, you too can create a Care2 petition, and use this handy guide to get started. You’ll find Care2’s vibrant community of activists ready to step up and help you.