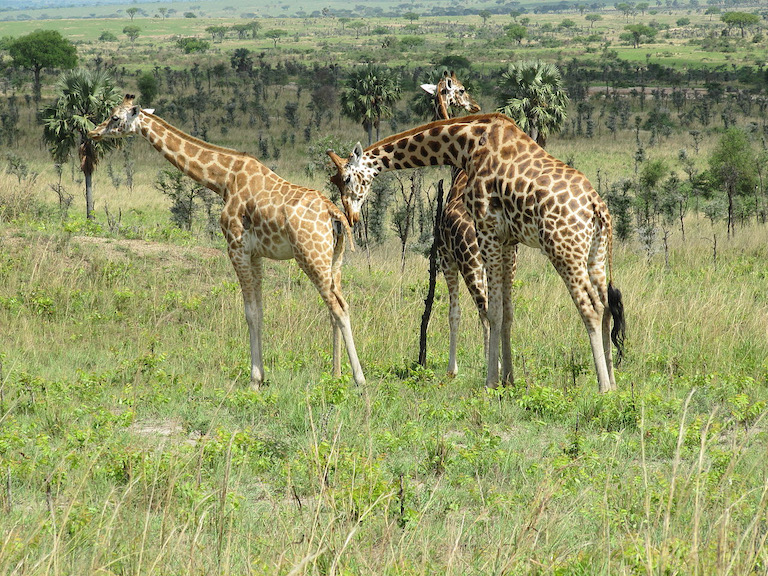 National and international NGOs from around the world have asked more than two dozen banks not to finance a 1,445-kilometer (898-mile) pipeline to shuttle oil from fields in Uganda to a port on Tanzania’s coast.

The groups contend that the project is already impinging on communities and exacerbating poverty in the region. Their representatives also say that construction of the East African Crude Oil Pipeline, or EACOP, comes with risks to both the immediate environment through which it would run and to the global climate.

“Banks have been made aware of the tremendous risks posed by this pipeline, and they have been made aware of the groundswell of opposition from communities and civil society locally and internationally,” Ryan Brightwell, a researcher and editor at the finance and sustainability NGO BankTrack, said in a statement. “Any bank that chooses to finance the EACOP in the face of this opposition will show itself to be among the most irresponsible in the industry.”

BankTrack detailed the human rights and environmental risks in a report published in November 2020. Now, construction on the project appears set to begin after recent talks between Ugandan government authorities and the French oil company Total, according to reporting from the Ugandan newspaper Daily Monitor.

Total is working with China National Offshore Oil Corporation (CNOOC) on the EACOP project. The cost of the construction is expected to be $3.5 billion, $2.5 billion of which would come from bank loans.

On March 1, the organizations issued an open letter to the banks identified as financial advisers for the project, as well as to 25 others reportedly considering offering loans to fund construction. Backers of the oil pipeline say it would invigorate Uganda’s oil sector and bring much-needed revenue into the country’s coffers.

Neither Total nor CNOOC responded to requests for comment by publication time.

But opponents of the pipeline say more than 400 villages would be affected by the pipeline. The organizations say that works out to some 14,000 households that could lose land on the pipeline’s path from the city of Hoima in western Uganda to Tanga on Tanzania’s northern coast. In fact, the BankTrack report’s authors found that Total had blocked access to farmlands for 5,000 households as early as 2018 as crews prepared for construction and those households have not yet been compensated for the lost income or food production.

“This project is like something from a completely different era, fifty or seventy-five years ago when we knew nothing about climate change, were still in the grip of colonialism, and didn’t understand that the other species we shared the earth with were beginning to disappear,” Bill McKibben, an environmental journalist and founder of the climate-focused NGO 350.org, said in the statement. “In 2021, the EACOP is a metaphor for ecological, social, political and humanitarian ignorance.”

Total’s Tilenga oil field, which overlaps with Murchison Falls National Park, would likely be connected to the pipeline, potentially threatening a host of rare and endangered wildlife species that live there. In all, the pipeline would impact some 2,000 square kilometers (770 square miles) of parks and reserves in Tanzania and Uganda. The construction itself is expected to cut through corridors for elephants and eastern chimpanzees and potentially open up protected game reserves to poachers.

The letter also notes that almost one-third of the pipeline’s length would run through the Lake Victoria Basin. As Africa’s largest lake, it provides livelihoods to 40 million people in the region and water for millions. Its fringes host wetlands critical to hydrological cycles, fish and wildlife, and EACOP’s opponents say that both the threat of spills and the construction itself could destroy this vital resource.

The authors of the BankTrack report also estimate that the oil flowing through the pipeline would release 33 million metric tons of CO2 into the atmosphere, which is more that the emissions of Uganda and Tanzania put together.

More than 120 Africa-based organizations signed onto the letter, and they voiced concerns that the effects of the pipeline could seep far beyond the borders of the two countries in which it would be constructed.

“Pollution has no boundaries,” Bantu Lukambo, director of the NGO Innovation for the Development and Protection of the Environment in the Democratic Republic of Congo, said in the statement. “[A]ny environmental impact triggered by the EACOP pipeline will affect not only wildlife and communities but will threaten also the stability in the region, with possible oil spills in some of the last remaining water reservoirs of the Great African Lakes, fuelling disputes between countries.”

The coalition is asking the banks listed in the letter pledge not to fund the pipeline. They also want Total to compensate people affected by initial preparations for construction, and are encouraging leaders in Uganda and Tanzania to back renewable sources of energy instead of infrastructure related to fossil fuels.

Mongabay contacted Standard Bank, Stanbic Bank Uganda, the Industrial & Commercial Bank of China and Sumitomo Mitsui Banking Corporation, which are listed as financial advisers to the project. None responded in time for publication.

“It is difficult to conceive of a more dangerous project at a more perilous moment for the planet than the EACOP. The good news is that it’s not too late to stop this project and the global warming calamity that it would accelerate,” David Pred, executive director of the human rights NGO Inclusive Development International, said in the statement. “The big banks we’ve written to today have it within their power to stop destructive projects like EACOP in their tracks.”