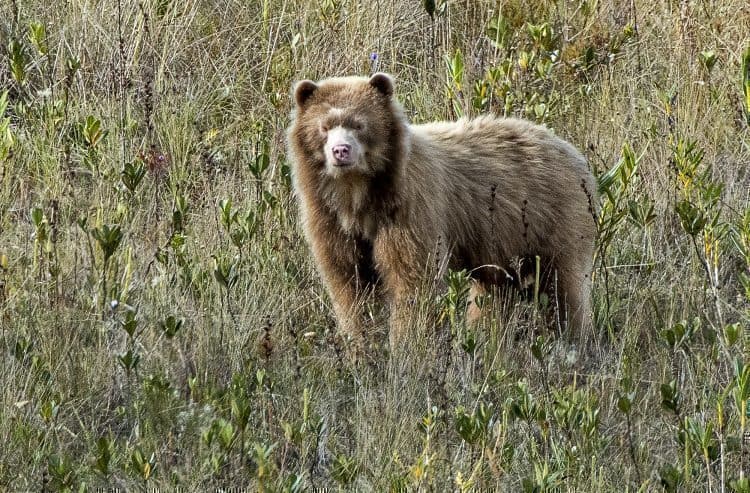 Among the top articles from our Spanish language service, Mongabay Latam, for the week of June 4 – 10 was one about a golden spectacled bear named after Paddington Bear that was caught by a camera trap for the first time in Peru.

The image above by Michael Tweddle shows the golden spectacled bear caught on camera in Peru.

The rural community baptized the golden Andean bear captured by a camera trap for the first time in a mountain zone of the Amazonas region, “Paddy.”

The name is due to its similarity to the famous fictional character from the story A Bear Called Paddington, who arrived in London from “the dark forests of Peru.”

Also called Golden Bear, the animal belongs to the species Tremarctos ornatus, known as the Andean or spectacled bear, but is different from the rest of the population by its color: Andean bears are black, but this one is brown.

This article was first published by Mongabay.com on 15 Jun 2018.