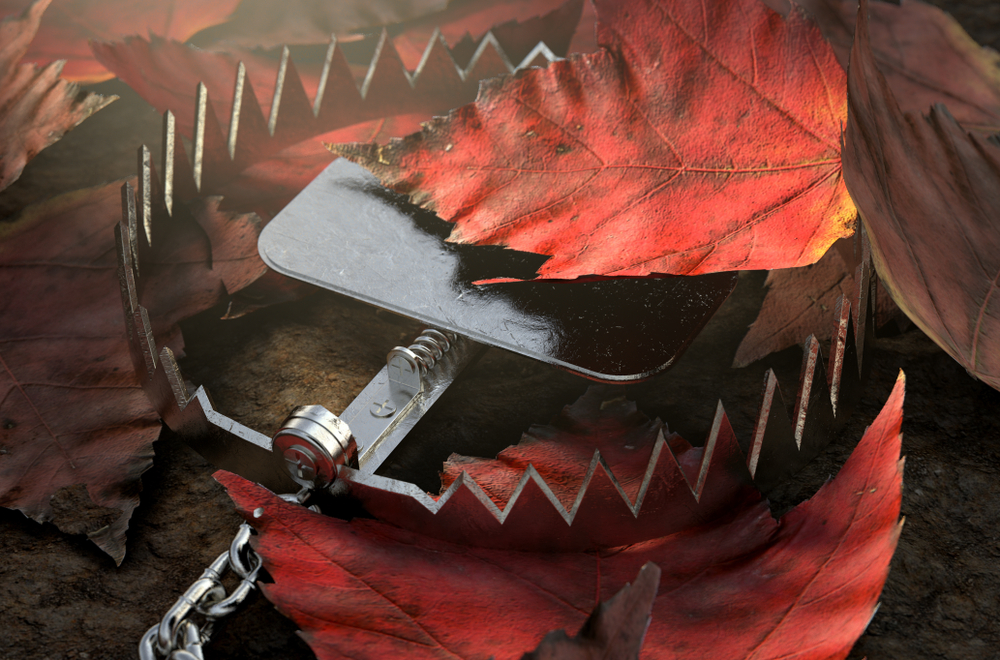 Leg-hold traps are one of the most cruel and inhumane ways to trap and kill animals. The concept of trapping an animal is horrible enough and terrifying for an animal as is, but the leg-hold traps make an already horrendous process much more excruciating.

These traps force animals to endure a long, painful death and they don’t just trap the animals that they’re intended to. All kinds of animals get trapped in these terrible traps and then die slowly and painfully.

When Walden’s Puddle, a nonprofit wildlife rescue organization in Nashville, found an owl caught by one of these horrible traps, they shared graphic images with the following statement: “These traps are cruel, evil, disgusting and should be illegal, causing unimaginable suffering to any creature who gets caught in its unforgiving jaws.

While it is illegal to harm protected bird species such as this one (though these situations rarely result in criminal charges), these types of traps are sadly still legal to use in the state of Tennessee and in many other places, though they’ve been outlawed for many years in other parts of the world.

Because the law requires they only be checked every 36 hours, any animal stuck in its grip will experience unimaginable pain and fear, possibly for hours or days.”

In 1975, Dick Randall, a former federal trapper told Congress: “The leg-hold trap is probably the most cruel device ever invented by man and is a direct cause of inexcusable destruction and waste of our wildlife.”

A ban on leg-hold traps is long overdue. Sign this petition demanding legislation to ban these horrible devices nationwide and end this horrible suffering of animals!