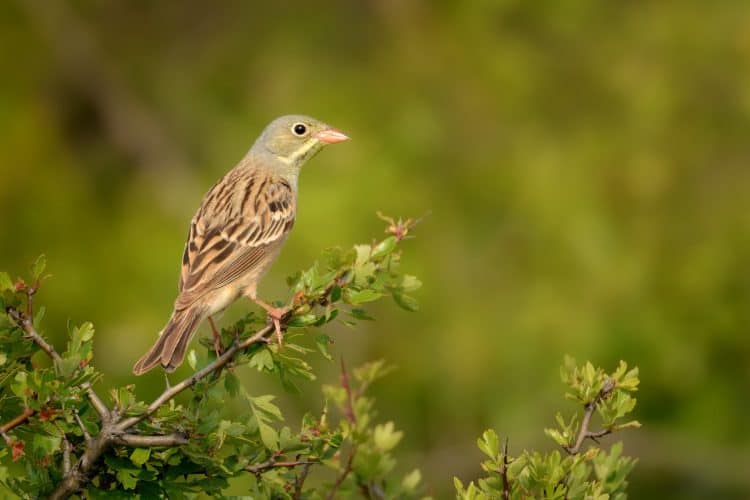 The ortolan bunting, also known as ortolan, is a songbird that’s tortured and eaten as a delicacy in France. The beautiful little birds migrate from Europe to Africa every year, but each migration season, hunters catch 30,000, which is ten percent of the population.

Ortolan poaching is illegal in France, but the industry still thrives via a black market. The songbirds aren’t just caught and killed, but they they are tortured cruelly.

To catch the birds, hunters use nets that entangle whole flocks as they fly or they apply glue to their favorite trees. When the birds are caught, they are forced to engorge themselves until they are plump and obese. Then the bird is drowned in brandy. This kills the bird while also marinating it.

Once dead, the ortolan is cooked, plucked, and served whole. It is also eaten whole, as diners stuff the entire bird in their mouth and crunch on everything except the feet. All this is also done with a napkin over their head.

Harry Wallop of The Telegraph says, “The napkin is partly to keep in all the aromas of the dish, partly to disguise you having to spit out some of the bigger bones.

But, mostly, because diners wish to hide the shame of eating such a beautiful creature from the eyes of God.”

Between 1980 and 2016, the ortolan population has decreased by 88 percent. This is due to the illegal French ortolan hunting, but also habitat loss, agricultural practices, and climate change.

This article was first published by OneGreenPlanet on 14 August 2019.