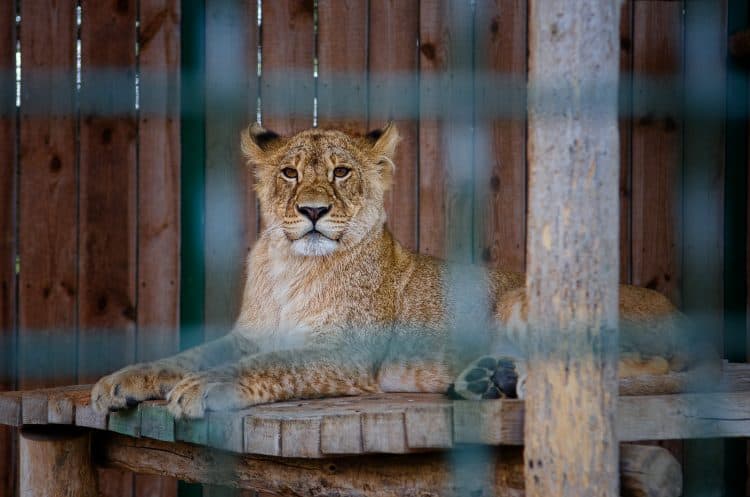 Big cats are wild animals, not pets. Yet in the United States, it’s estimated that there are thousands of big cats being kept as pets or in roadside zoos.

Not only are animals in these conditions suffering greatly, but those keeping them captive are putting their entire communities in danger.

This bill would amend the “Captive Wildlife Safety Act to prohibit the possession of lions, tigers, leopards, cheetahs, jaguars, cougars, or any hybrid of these species by individuals who are not licensed by the US Department of Agriculture.”

The bill does not include sanctuaries, universities, and zoos. Although these can also have terrible conditions for wild animals, the bill is still a positive and necessary step.

Animal Welfare Institute explains the terrible conditions of privately ‘owned’ big cats: “Unscrupulous facilities profit from cub petting or photo opportunities, which fuels a rampant and vicious cycle of breeding and dumping cubs once they are 12 weeks old.

Having outgrown their usefulness, these cubs are funnelled into the exotic pet trade, sold to another disreputable exhibitor, or end up in the black market trade for wildlife parts.” This is exploitation, and wild animals belong in the wild with their prides, prowls, and simply acting on their natural instinct.

This is no way for a big cat to live. If you agree, please sign this petition urging Congress to pass the Big Cat Public Safety Act for people’s safety and for the animals who don’t deserve this.

This article was first published by OneGreenPlanet on 23 July 2019.