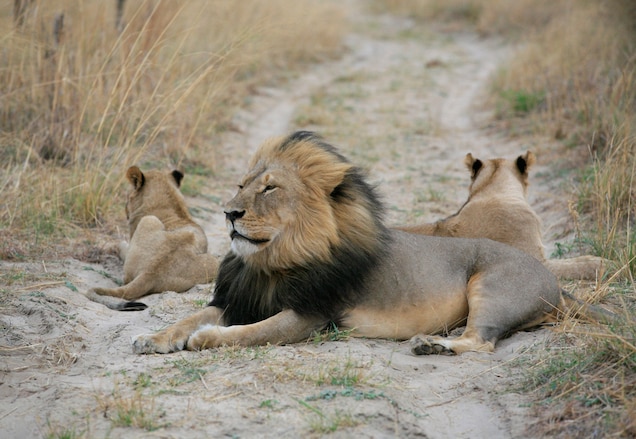 The recent illegal killing of Cecil, one of Africa’s most famous lions, has increased calls to outlaw trophy hunting. It’s also caused some in the hunting community to reevaluate their positions on the contentious issue, even as other hunters dig in and say killing individual animals can help the wider population.

A number of mainstream scientists, the U.S. Fish and Wildlife Service, and some conservation groups – including the World Wildlife Fund (which has not returned a request for comment on the Cecil issue) – support regulated trophy hunting.

Supporters say regulated hunts raise much-needed money for conservation and help manage populations, since game officials typically try to make sure hunters target animals that are no longer able to breed or that might inhibit the reproduction of others around them.

Earlier this year, the Dallas Safari Club auctioned off a permit to shoot a black rhino and used the proceeds for conservation. The club did not have anyone available for comment Wednesday but said in a statement: “Lawful, ethical, vigilant hunters play an important role in public acceptance of sustainable hunting as a vital tool for modern wildlife conservation and management.”

Melissa Simpson, director of science-based conservation for the Safari Club International Foundation, previously wrote on National Geographic’s website: “As with the regulated hunters in the United States, the regulated hunters in Africa make a vital contribution to conservation efforts, primarily through the revenues their hunting expeditions generate for local communities and wildlife resource agencies.” (The foundation has not yet responded to a request for comment.)

But representing another view, Wayne Pacelle, the president of the Humane Society of the United States, says, “The first rule of protecting a rare species is to limit the human [related] killing.”

Permits aside, Cecil the Lion was not intended to be targeted. American dentist and hunter Walter Palmer says he believed he had purchased a legal permit to shoot a lion in Zimbabwe (for around $55,000).

Such permits are allowed by international treaties as long as a significant part of the proceeds are earmarked to conserving the species in the wild and scientists can prove that the taking of the select individuals will not endanger the species. Fewer than 30,000 African lions remain.

Other hunters are taking a closer look at a practice that critics say is prone to corruption, fuels demand for black market wildlife products, and can be too hard to enforce on the ground, leaving lions like Cecil to end up as collateral damage.

What happened to Cecil is the result of “a few bad apples and is not typical of the vast majority of trophy hunting,” says Wayne Bisbee, a trophy hunter who founded Bisbee’s Fish and Wildlife Conservation Fund in Texas to support wildlife protection. In addition to raising funds for conservation and culling herds, responsible hunters deter illegal poachers by serving as eyes and ears on the ground, Bisbee adds.

The next step for Zimbabwe should be to step up enforcement of their hunting laws, to prevent more illegal takes, says Bisbee. “Responsible hunting is going to pay for that,” he adds, pointing out that Zimbabwe is among the world’s poorest countries.

Another practice increasingly coming under scrutiny is the raising of lions on game reserves specifically for the purpose of hunting.

Late last week, Hermann Meyeridricks, president of the Professional Hunters’ Association of South Africa (PHASA), asked his membership to reconsider its position on the practice, which opponents call “canned hunting.”

“It has become clear to me that those against the hunting of lions bred in captivity are no longer just a small if vociferous group of animal-rights activists,” said Meyeridricks. “Even within our own ranks, as well as in the hunting fraternity as a whole, respected voices are speaking out publicly against it.”

Citing the fact that some airlines and shipping companies now refuse to transport lion trophies, Meyeridricks said “the lion issue is putting at risk not only the reputation of professional hunting in South Africa but its very survival.”

This article was first published by National Geographic on 29 Jul 2015. Lead Image: Cecil (lying down) and Jericho (standing) shared two prides of six lionesses and an estimated 24 young cubs. Photograph by Brent Stapelkamp.

We invite you to share your opinion whether lion trophy hunting can support conservation? Please vote and leave your comments at the bottom of this page: