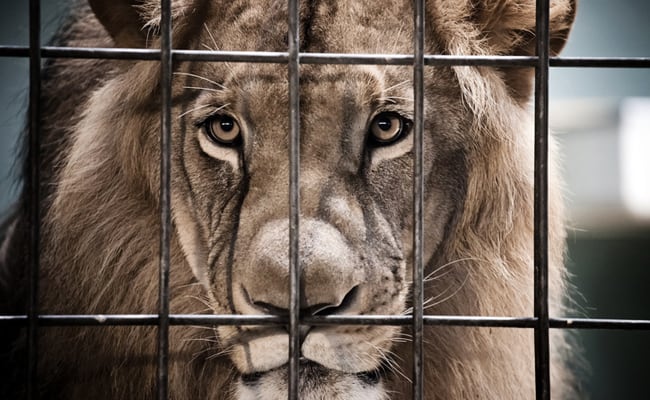 Animal advocates have been working for years to end the suffering of circus animals in the UK. Years ago, it looked like that would finally become a reality after a government promise, but it was never followed up with any meaningful action.

Now,animal lovers are once again optimistic with reports that a bill to end the use of wild animals in circuses in England could be on its way.

“Animal Defenders International welcomes the reports of government plans to finally put the ban on wild animals in circuses before Parliament. However, we remain cautious after so many broken promises over the years.

‘When parliamentary time allows’ has often, it seems, been code for ‘it’s not going to happen,’ yet the public wants an end to circus suffering and ADI’s evidence has repeatedly shown that circus animals urgently need government action,” said Jan Creamer, President of Animal Defenders International (ADI).

A ban on the use of wild animals in circuses was first promised by the government back in 2006, but no action was taken. A few years later, ADI exposed the abuse of elephants at the Great British Circus, which led to a public consultation that found that 94.5 percent of the public supported a ban on wild animal acts. Those results were published in 2010, but still no government action was taken.

In 2011, we heard about the heartbreaking story of Anne, an elderly elephant who was being violently abused at Bobby Roberts Super Circus. Her plight made international headlines, sparked public outrage and led to an increase in calls for a ban from both the public and lawmakers, but still no government action was taken.

Legislation was finally drafted in 2012, but it went nowhere, and in the years since efforts to get this done have been continuously thwarted by just a few lawmakers – one of who, MP Christopher Chope, was just knighted for political and public service.

Sadly, the continued abuse of circus animals has also continued to be exposed at multiple circuses. Fortunately, the public has continued to turn against this type of exploitation and only two circuses performed in England last year – Circus Mondao and Peter Jolly’s Circus.

Still, despite dwindling interest, animal advocates want to ensure that wild animal acts are put to an official end with a legislative ban. Scotland and Ireland have both recently passed bans, and Wales is working towards that goal. Hopefully England will be next, which would bring the entire UK one step closer to being free from this kind of cruelty.

While wild animals have been used as performers in circuses for decades, we now know so much more about what they need to be physically and psychologically healthy and there’s no shortage of evidence showing that circuses can never come close to meeting those needs, and the blatant abuse they continue to experience is inexcusable.

You can show your support for a ban on wild animals in circuses in England by signing and sharing the petition urging Prime Minister Theresa May to uphold the promise that was made years ago to get this done.

For more on how to help animals in circuses, check out Stop Circus Suffering.

We invite you to share your opinion whether circus animal exploitation should be banned in England? Please vote and leave your comments at the bottom of this page.