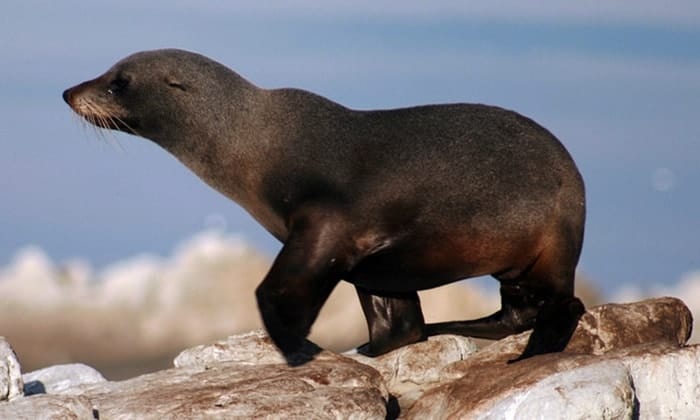 A South Australian MP wants a fur seal cull along parts of the SA coast because they are causing problems for other wildlife and the fishing industry.

Liberal MP Adrian Pederick moved a motion in state parliament on Thursday calling for a management plan and a sustainable harvesting of New Zealand fur seals.

Seal numbers around the Murray Lakes and the Coorong, south of Adelaide, have been increasing in recent years and are now estimated at more than 100,000.

“They’re also causing major havoc to the fishing industry down here because they’re just like rats of the sea, they attack nets and bite fish in half.”

Pederick said the seals were responsible for slaughtering penguin populations on Kangaroo and Granite islands and also caused problems for other birdlife including pelicans.

Greens MP Tammy Franks opposed any cull, describing it as a knee-jerk reaction to a complex problem.

She said her party was equally concerned for the fishing industry and other wildlife but that other options should be considered including acoustic harassment devices.

“We need to be talking with the experts and the community and exhausting other options before we resort to practices like culling,” she said.

Pederick said he understood the idea of a shooting program was a sensitive issue and said he remained open to other suggestions that would solve the problem.

This article was first published by The Guardian on 02 Jul 2015.

We invite you to share your opinion whether New Zealand fur seals should be culled in South Australia. Please vote below and leave your comments at the bottom of this page:

NO! This is the seal's world, too! Our not-so-superior species is cannibalizing, clubbing to death, and 'culling' the very life out of our one shared planet while breeding ourselves to vast populations that Earth will be unable to support. Time to join the 21st century with our thinking and our brutal 'solutions' every time there is a perceived problem with wildlife. One would suspect that far too many humans enjoy killing, but this violent worldview has got to end!

PROTECT IS STRONGER THAN KILL.

The FISH BELONG TO THE SEALS, NOT HUMANS who created their OWN headaches and are trapped in their own net of theft, trespass, economic depravity from the system of stealing what never was ours to assume dominion over. FISH are NOT needed in a healthy diet. Oceans are being choked from human use of fossil fuels, have become transfer dumps, oil and other pollutants cause fish to die as well as other marine life. ENOUGH of the human intrusion into homelands that belong to the inhabitants therein… FIND OTHER JOBS. WE ALL DO! STOP stealing the fish from other aquatic… Read more »

People think the Australians are so environmentally friendly – rubbish and this Mr Peaderick hasn't a clue. Do some research and stop killing things as a solution and labelling it a "cull" – you should be ashamed of yourselves for even considering it.

Absolutely not !!!! Is this type of lunacy going to continue, across the globe until there is no wildlife left anywhere ??? Over 52% has already perished.

Culling a few(?) politicians would be a better idea!

It's time for everyone to stop being so eager to cull their way out of any perceived problem. It's not all by government departments. Conservation bodies have a lot to answer for, especially where certain non-natives are concerned, which are believed (ref. a man down the pub) to be decimating native wildlife. Evidence is building, for example, that in the UK American Mink are not primarily responsible for the decline of Water Voles, nor Grey Squirrels for the decline of Red Squirrels, yet both are cruelly punished for their 'crime.' In Scotland, Scottish Natural Heritage have almost wiped out the… Read more »

Excellent statement Karen, I agree with you too!

Just leave them alone for goodness sake! It's disgusting to see how many politicians encourage killing or culling as they like to put it. Do they not understand their involvement inbalances the natural ecolgical systems?
The only reason any governing body requires killing of a natural species is due to whatever threatens their pockets…greed is always the top priority but you'd never hear them admit it.
It's wrong, end of story.
Do not cull/kill N.Z seals!!!!

The Australian government should just leave the New Zealand fur seals alone. The Australian fishermen are no doubt over fishing with their huge trawling nets. The fishermen see the seals as competition a similar story in other parts of the world including Canada. As usual the seals become the scape goats and the targets. Should New Zealand fur seals be culled/shot ? NO !!!!