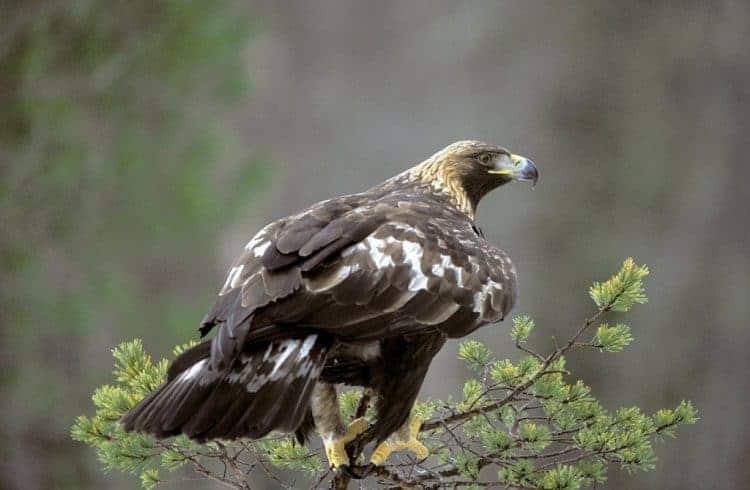 Vigorous debate has erupted in Norway around a potential change in the protection provided to the country’s magnificent Golden Eagle (Aquila chrysaetos).

A new proposal is due to be voted on in the Norwegian Parliament next week. Norwegian law has protected these and other birds of prey since 1968.

The new proposal seeks to reduce the population of Golden Eagles in the belief this will reduce the deaths of livestock, including reindeer, which some believe are killed by Golden Eagles.

Norsk Ornitologisk Forening (BirdLife in Norway) considers this idea unfounded in the scientific evidence, riskily setting a precedent for other Nordic and European countries and actually unlikely to result in a reduction of losses in livestock. Extensive scientific evidence cited by NOF indicates that the loss of livestock to Golden Eagles is not related to the population density of the birds.

Kjetil Solbakken, CEO of NOF, says “Shooting Golden Eagles is unheard of in Europe. The removal of Golden Eagles that haven’t caused any damage will almost certainly…place Norway in the international Hall of Shame.” Norway’s own Environment Agency does not support this weakening of the protections for Norwegian Golden Eagles.

NOF is hopeful that international awareness of this loosening of the law protecting the Golden Eagle based on flawed and misinterpreted science will be seen as a dangerous wedge in species protection, and a door to an open season on a protected species that sets a terrible precedent. They have launched a petition drive; click here to view and support.

This article was first published by BirdLife International on 03 Jun 2016.

We invite you to share your opinion whether the Golden Eagle should continue to be protected in Norway? Please vote and leave your comments at the bottom of this page: