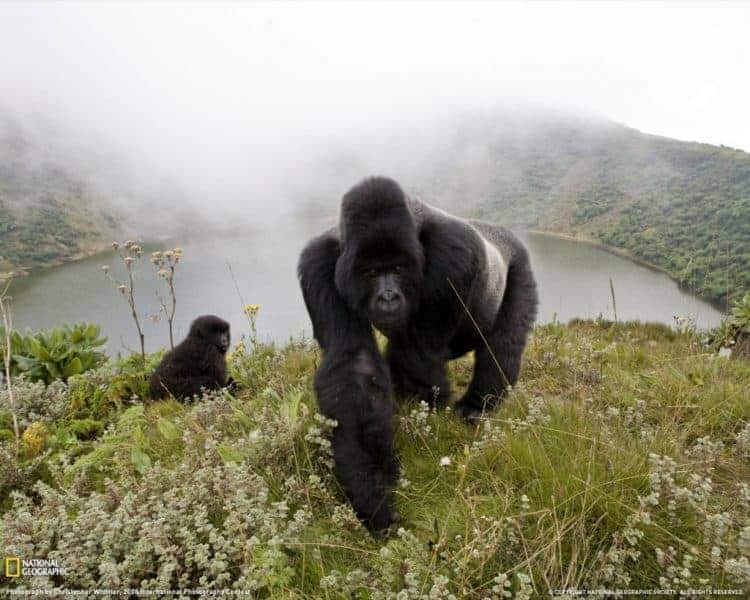 London zoo has denied rumours that the gorilla that escaped from its enclosure on Thursday evening did so by smashing a window.

Malcolm Fitzpatrick, senior curator of mammals for the zoo, said “categorically … that our male silverback gorilla Kumbuka did not break through any glass”.

But he repeatedly rebuffed questions over how the animal got into his keepers’ area, telling BBC’s Radio 4 Today programme that the incident was being investigated.

“It’s a full investigation that we are carrying out at present,” he said. “The incident was dealt with very professionally at the time. The gorilla did not leave the secure keeper area.”

Visitors and staff were locked into buildings during the incident, which began at 5.15pm on Thursday, lasting for about an hour before Kumbuka was tranquilised by vets and returned to his enclosure.

The Born Free Foundation said the incident was a “startling reminder” of the risks of keeping dangerous wild animals in captivity.

Fitzpatrick denied reports that the western lowland gorilla was aggressive and frustrated, after Buzzfeed quoted one zoo source who said Kumbuka had smashed the glass of his enclosure “a number of times”, and described the animal as a “fucking psycho”.

“He’s a lovely animal. He’s a gentle giant, and our visitors know how well he interacts with his children, his two-year-old daughter and one-year-old son,” he said. “Male gorillas are impressive animals. They do a form of display behaviour where they will bang tree trunks, they will bang a window to show how impressive they are and show off to the females in the troop.”

He denied it was cruel to keep large primates in enclosures, and pointed to the zoo’s conservation work to reintroduce the Partula snail, which was extinct in the wild, to French Polynesia following a breeding programme at London zoo.

Visitors to the zoo described fearing for their safety as they were ordered to take cover in buildings when the 184kg (29-stone) male ape got out of its den.

Armed police were deployed, but a zoo official said members of the public were never in any danger.

The Born Free Foundation called for an inquiry and for the zoos expert committee, the government advisory body, to investigate the safety and welfare of great apes in UK zoos.

Chris Draper, associate director for animal welfare and care at the foundation, said: “While we are relieved that this incident apparently ended without injury to visitors or to the gorilla, it is yet another startling reminder of the risks associated with maintaining dangerous wild animals in captivity.”

The foundation, which campaigns for zoos to be phased out, called on the government to increase penalties for attractions if they are found to have put visitors or animals at risk.

There were no reports of injuries in Thursday’s incident and Fitzpatrick said Kumbuka was later seen “up and grumbling and interacting with the rest of his gorilla family”.

Fitzpatrick would not confirm if keepers were in the area at the time and said only a “handful” of people were in the public viewing zone.

He said: “At no time were any of our visitors in any danger. The gorilla did not get out of the safe space. There were only about 100 visitors.”

Jonathan Mall, a neuropsychologist, was at a conference at the zoo and saw at least 20 people armed with guns arrive at the exhibits after the alarm was raised.

The 33-year-old, from Hamburg in Germany, and other visitors were forced to hide inside a bird attraction for about half an hour. He said: “I was kind of scared, to be honest, because we were in a really closed space where everything is green and beautiful but there could be a gorilla hiding behind every bush.”

According to the zoo’s website, Kumbuka is one of at least seven gorillas living in its Gorilla Kingdom. The £5m section was opened by the Duke of Edinburgh in 2007, the largest investment at the zoo for 40 years.

The same year there were warnings that animals could escape unless security was improved. A report said that although it had no concerns about animal enclosures, in the circumstances of a dangerous animal escaping it was “unlikely” the existing perimeter fence would be sufficient to contain them.

It warned that if they escaped there would be nothing to stop them roaming free, and marksmen with tranquilliser darts would have little time to react. The year before, 12 squirrel monkeys had escaped from their enclosure.

In May, a 17-year-old male western lowland gorilla called Harambe was shot dead by keepers at Cincinnati zoo in the US after he grabbed a four-year-old boy who fell into a moat.

This article was first published by The Guardian on 14 Oct 2016.

We invite you to share your opinion whether wild animals should be kept in zoos? Please vote and leave your comments at the bottom of this page: