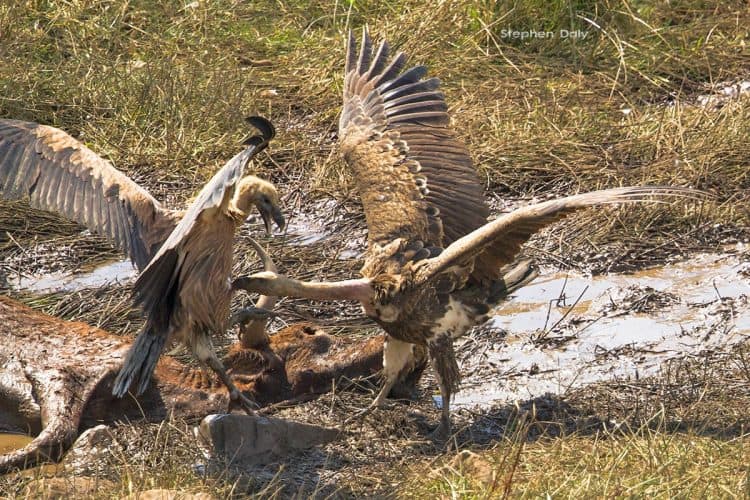 After watching a huge flock of Griffon Vultures circling over the evergreen cork-oak canopy of the vast Alcornocales Parque Natural we eventually saw many birds descend down to the ground and out of sight. We could hear their hissing and squabbling and immediately knew that the birds were feeding at an animal carcass of some sort.

Off the track the land fell sharply down a steep slope and with the noise coming from the birds we knew that they weren’t far off so we worked our way through the maize of small goat tracks through the boulders, linking our arms around the holding on to the soft cork bark and we approached the feast.

Stopping and scanning through the forest we eventually saw thirty or so Griffons spread out in a grazed field where smaller groups near a dead cow. The carcass was lying in water from a fresh stream and wasn’t dried out as it would have been if it had died out on the parched earth.

For the vultures it was quite fortunate as the water was keeping the carcass moist and still soft for the birds to work at it day after day. 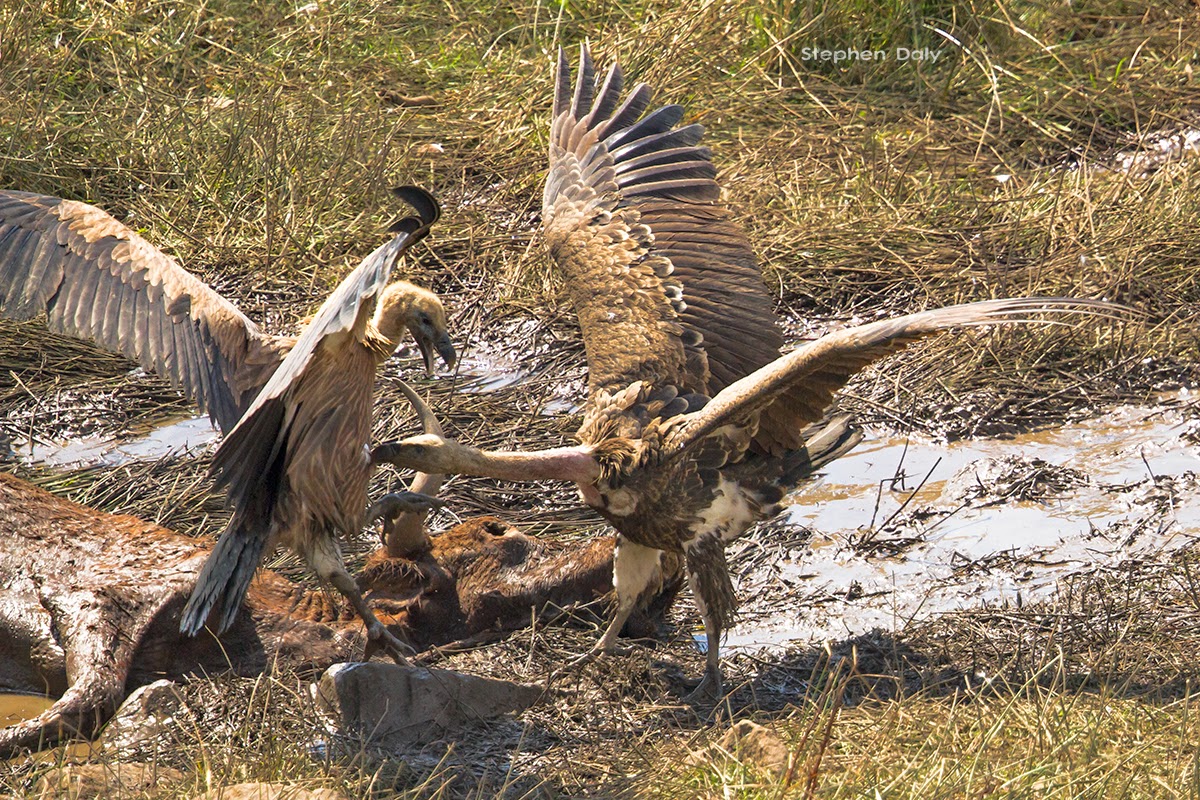 Vulture in a group of four Griffons, two first year juveniles and an older adult. This group was closest to the carcass and after a few minutes the Rüppell’s Vulture took the lead and walked slowly then bounded to dead cow. (The cow was a Retinto breed, raised in Andalucia famous for their quality meat) 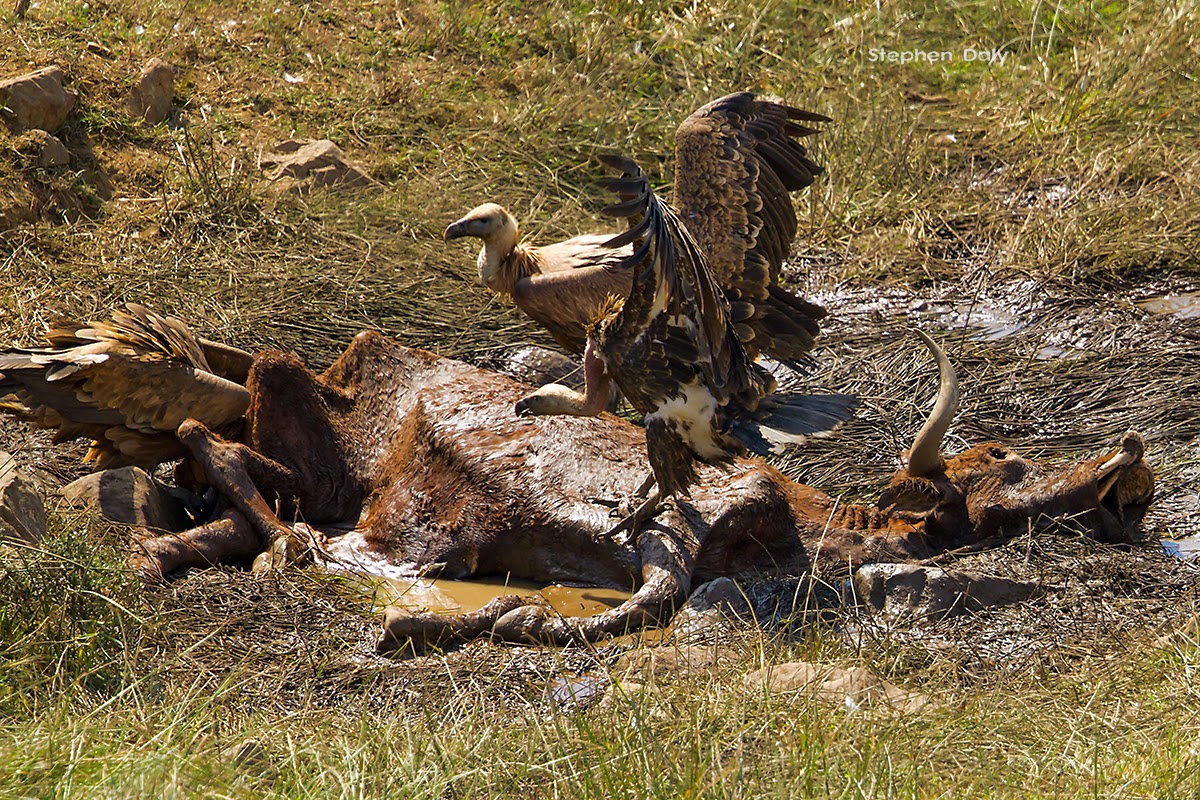 After some flapping, pecking as well as doing a lot of hissing the Rüppell’s managed to clear all the others back from the carcass and feed at both front and rear positions. The eyes and tongue were already taken and the bowel had been removed.

As the Rüppell’s fed slowly the others came in to see if any tender pieces could be taken.It was interesting to watch a smaller vulture take on so many Griffons of all ages and hold it’s own as king of the carcass! 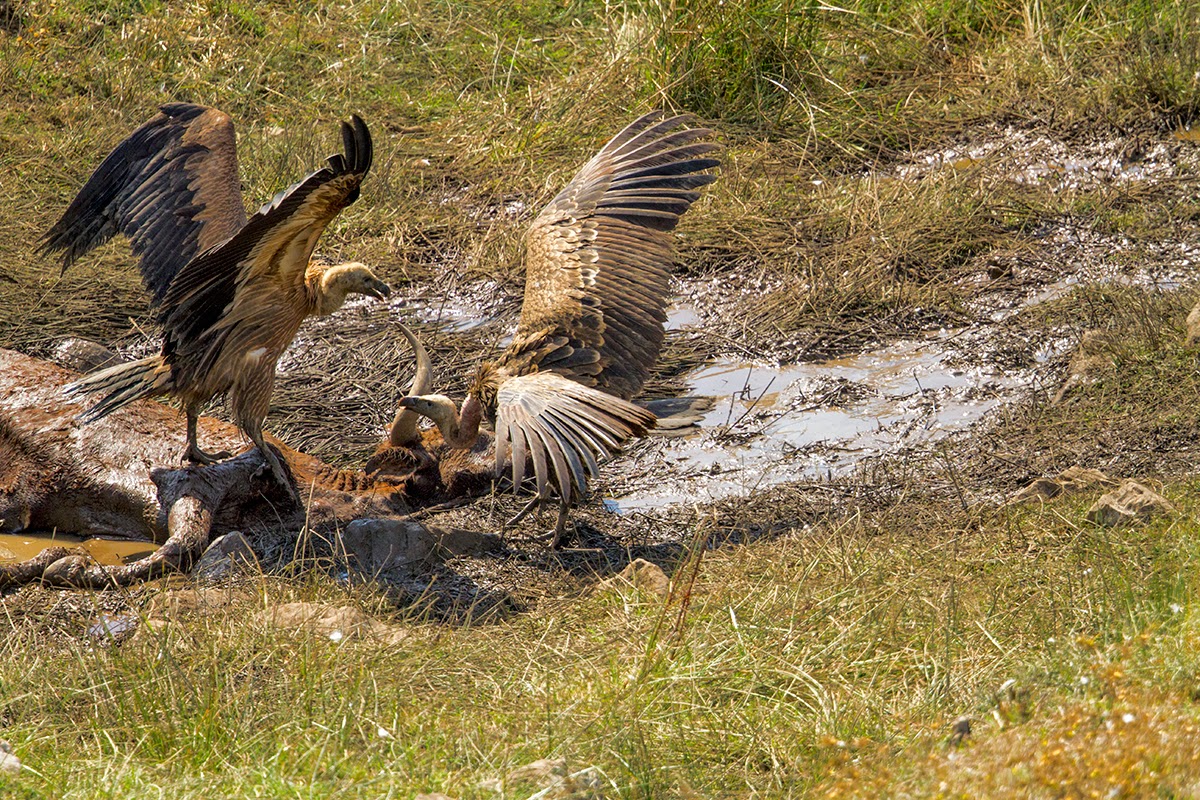 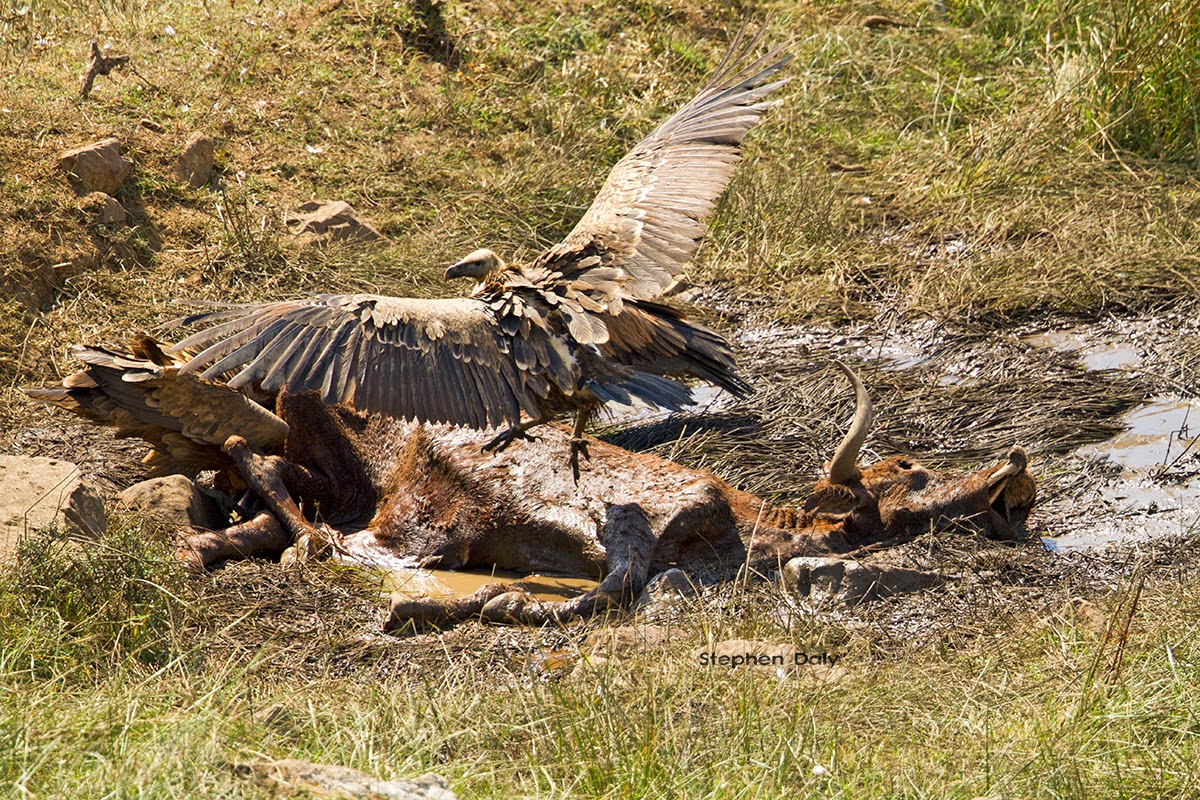 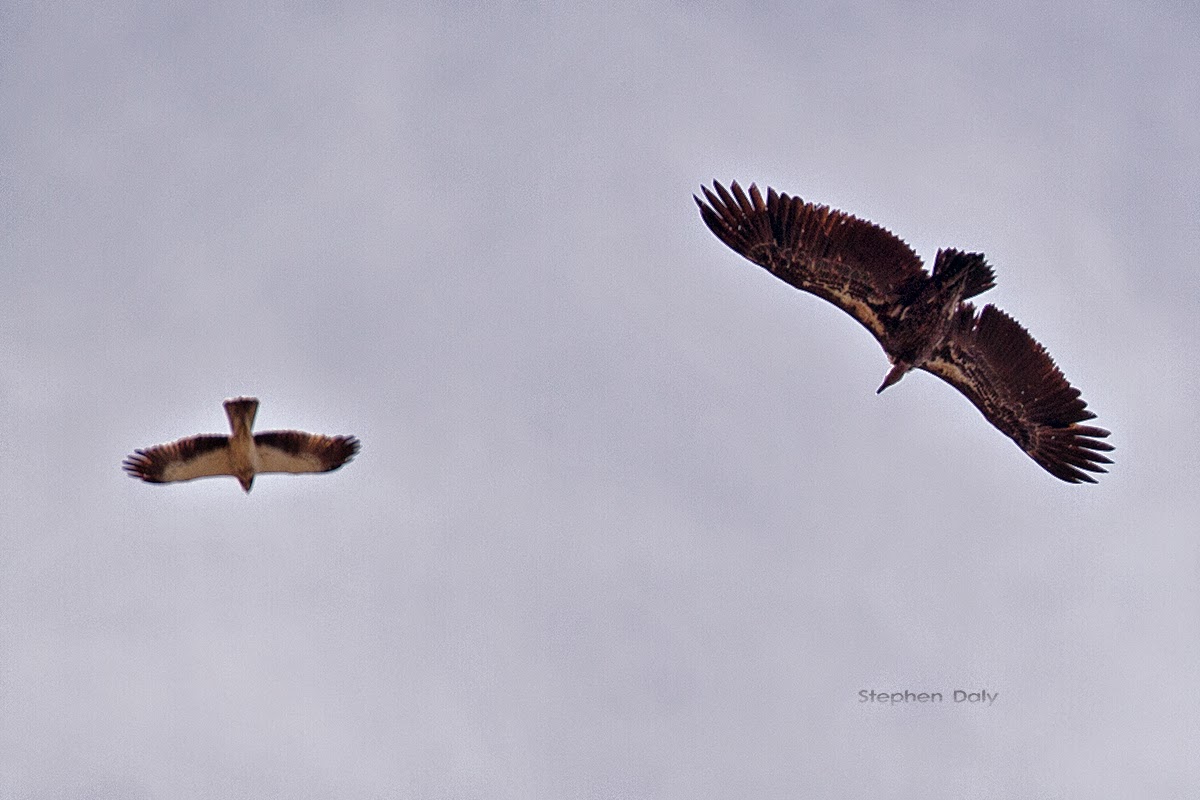 This was another photo (above) of a different bird in flight from the last few days at Algorrobo observation watch point. Speaking with my friends at the observation stations it’s thought that this year has seen possibly ten different juvenile Rüppell’s Vultures flying on the Spanish side of The Strait of Gibraltar since their arrival from Western Africa since late summer.

Most of the Rüppell’s head back to Africa from early October. There have been a few sightings of Rüppell’s Vultures in Portugal with one adult thought to have been an escaped bird from somewhere in Europe.

White-backed Vulture which is also an African species has also been seen in both Portugal and Spain although it’s occurrence is very rare on the Iberian peninsular.