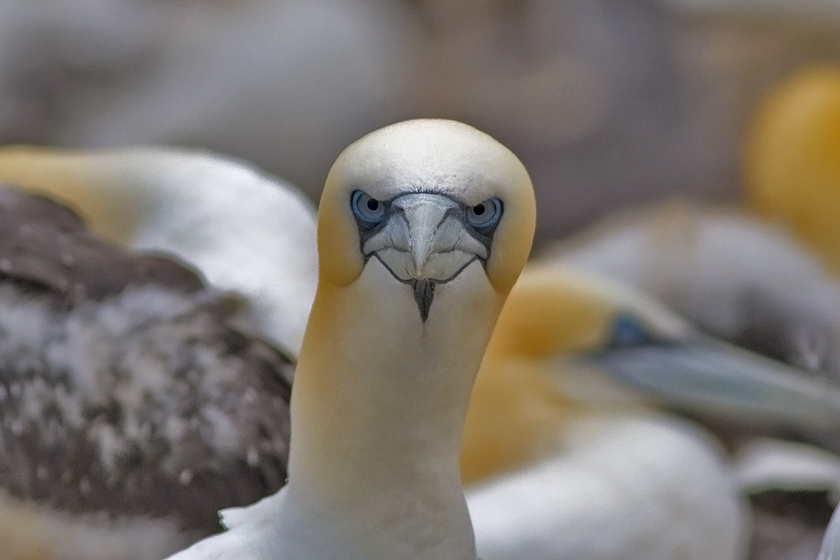 The Northern Gannet (Morus bassanus) is a truly impressive bird. It is the largest seabird in the North Atlantic as well as being the largest member of the Gannet family, Sulidae.

Whilst on a family holiday to my native Scotland, we took a nostalgic boat trip from town of North Berwick, sailing around the Bass Rock and Craigleith on the edge of The Firth of Forth to experiences the ultimate in gannet spectacles off this huge basalt column that rises from the sea bed. 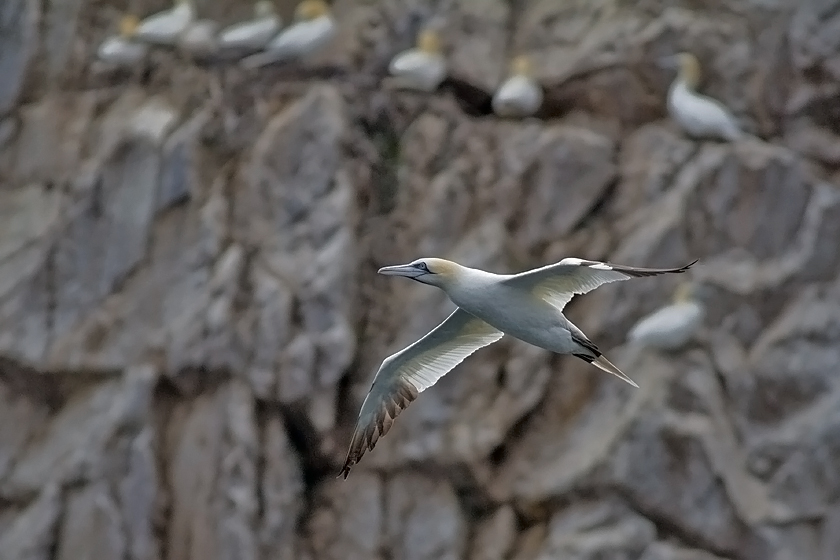 Gannets often perform dramatic plunge dives from high in the sky to catch fish up to depths of 30m and can stay submerged for over half a minute. They have no nostrils on their bills and can survive the enormous pressure of such 85kmph dives into the sea without worrying about blowing their brains out!

They also feed from the surface on small shoaling fish like Sand Eels and on discards from fishing vessels, where their large size helps them out compete most other scavenging species. The northern gannet is endemic to the North Atlantic and most breed in Britain and Ireland. There are 21 colonies around the British Isles, with most being on remote offshore islands and stacks, and two on mainland cliffs. Some colonies have been occupied for centuries and are large and conspicuous like the Bass Rock off the East Lothian coast. 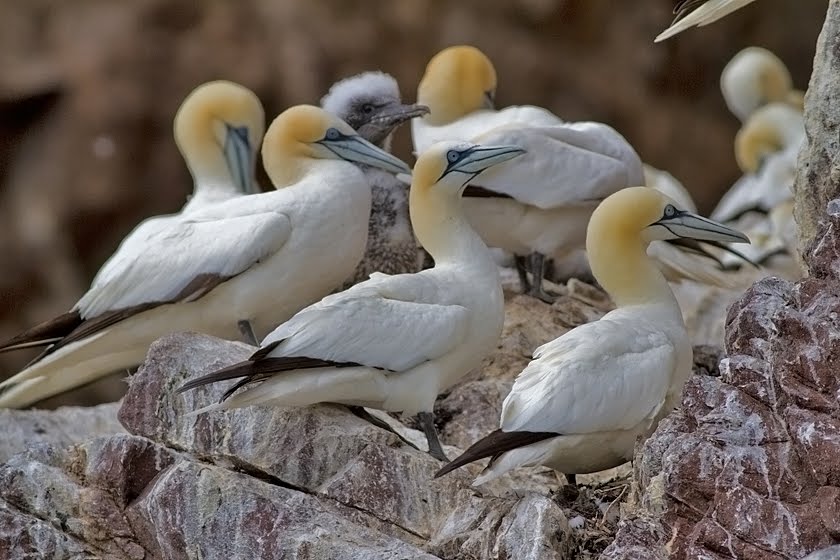 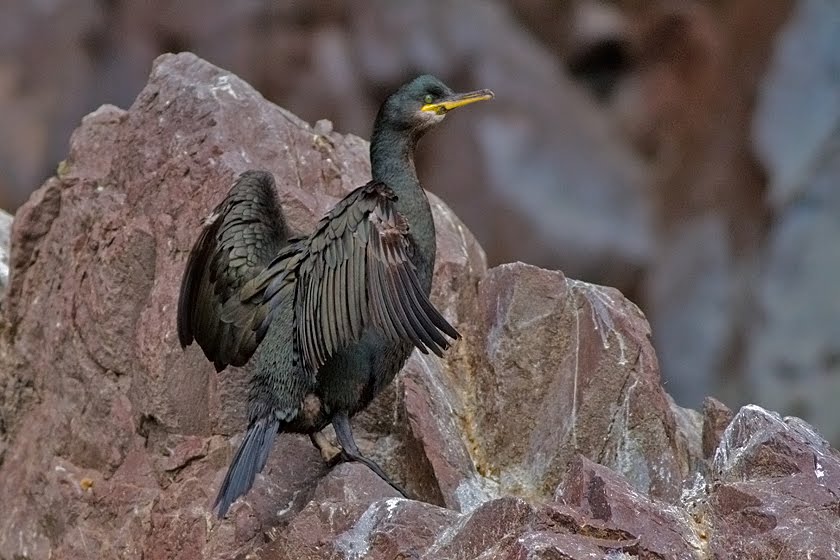 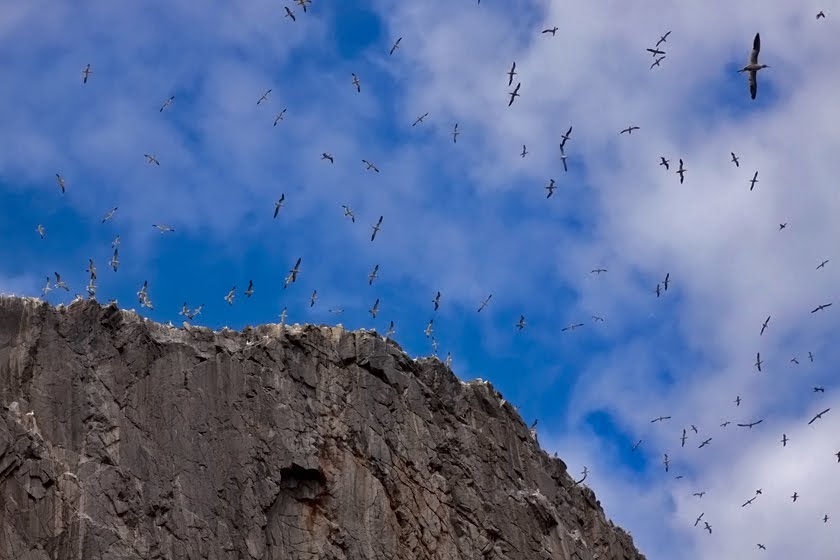 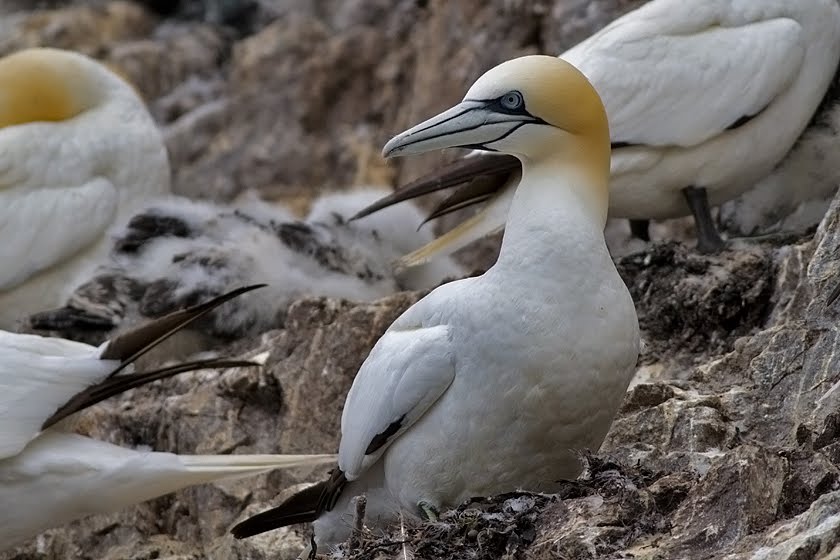