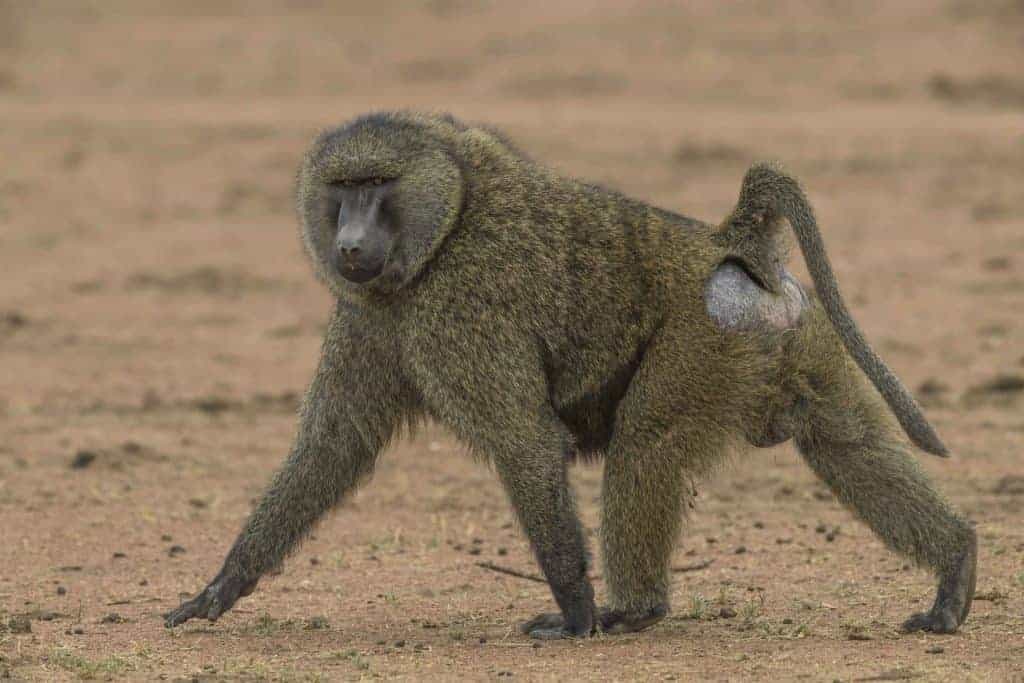 This is the third post from my recent visit to the Serengeti National Park. The Serengeti is known for its vast plains, huge herds and predators. It is not normally associated with its primate residents.

What makes the Colobus different to other forest dwelling primates is the colour of their coats but more importantly they do not have thumbs.

Despite their black and white coats, these striking monkeys can be difficult to see in the forest canopy as they try to remain out of sight. They are agile tree dwellers which can on occasions be seen leaping great distances between trees.

Colobus monkeys live in territorial groups of about nine individuals, comprising a single male with a number of females and their offspring.

Newborn Colobuses are completely white with black rings around their eyes.

Outside the Serengeti, the biggest threat to the Colobus is habitat loss, where human encroachment and logging are destroying forests. These primate face hunting for bush meat and for their striking coats.

“When you realise the value of all life, you dwell less on what is past and concentrate more on the preservation of the future.”~Dian Fossey

Olive baboons also live along the Grumeti river but forage on the ground. They also venture onto the plains looking for food. Olive baboons are so named because of the colour of their coats. In every troop there seems to be one, if not two bosses, large males which are the troop’s guardians and disciplinarians.

The males are larger than the females and have a mane of longer hair on the side of their faces and along their necks.

Olive baboons are found throughout equatorial Africa and in a number of different habitats. The Olive baboons we came across were savanna-dwelling, foraging in the wide plains of the grasslands and sleeping in open woodlands close to water.

The next image shows the troop making its way back to the river where its members climbed up into the trees to rest for the night.

I never counted them, but this troop of Olive baboons must have been at least 100 strong.

It was quite a walk to and from their foraging areas. In the late afternoon, the troop stopped for a rest next around this balanite on its way back to the “sleeping trees” next to the river.

We watched the antics of many of the baboons which used the opportunity to get rest while the youngsters played in and around the tree.

“For those who have experienced the joy of being alone with nature there is really little need for me to say much more; for those who have not, no words of mine can ever describe the powerful, almost mystical knowledge of beauty and eternity that come, suddenly, and all unexpected.”~Jane Goodall

I could not get over how casually this mother allowed her youngster to pull her nipple while suckling.

Any mother who has breast fed would probably be cringing at the sight of this youngster excessively pulling at its mother’s nipple.

“One’s destination is never a place, but always a new way of seeing things.”

In a troop but forlorn and alone. This one branch of the Balanite became quite a focal point for all sorts of activities.

“Lovers in the air”- as you know balance is everything!!!

After the lovers had disappeared back into the troop, the branch became a plaything for the youngsters, with a little dominance going on!!

Another branch on the other side of the tree was this youngster’s gym bar.

It is amusing to see how human-like these baboons were and despite their antics, they very rarely fall out of the tree. Injury means death!

“I think that intelligence is such a narrow branch of the tree of life – this branch of primates we call humans. No other animal, by our definition, can be considered intelligent. So intelligence can’t be all that important for survival, because there are so many animals that don’t have what we call intelligence, and they’re surviving just fine.”~Neil deGrasse Tyson

The “baboon’s bedroom”. Come twilight it was time to get off the ground and into a place out of most predators’ way. That assumes a leopard will not come visiting in the quietest and darkest time of night.

The wind was blowing quite hard but this youngster was well protected by its mother.

A strident male Olive baboon who exuded confidence and was not about to take nonsense from anyone or anything! Females stay with their groups their entire lives, but males are in eternal competition with each other and if their ranking is downgraded they may emigrate to another troop.

This youngster showed his masculinity but not the necessary confidence, and seemed unnerved by the wind. Adult males are very competitive but this Olive baboon troop appeared to be remarkably peaceful, more so than I have seen with Chacma baboons.

The troops of Olive baboon which we saw were diurnal and followed a routine of venturing out onto the plains during the day to forage and returning to large trees to sleep out of harm’s way at night. Olive baboons seem to be generally smaller than our southern African Chacma baboons but have much thicker hair.

“I am entitled to say, if I like, that awareness exists in all the individual creatures on the planet-worms, sea urchins, gnats, whales, subhuman primates, super-primate humans, the lot. I can say this because we do not know what we are talking about: consciousness is so much a total mystery for our own species that we cannot begin to guess about its existence in others.”~Lewis Thomas