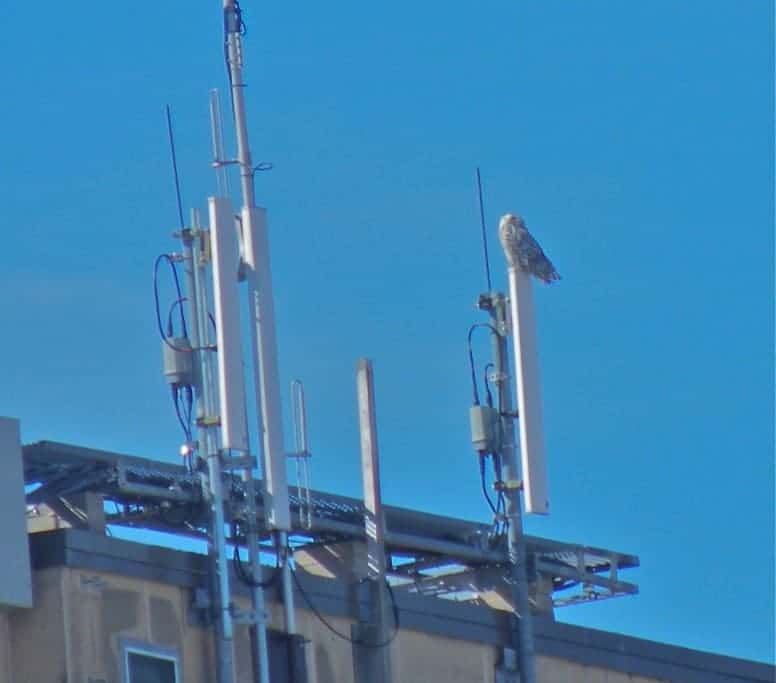 On a recent Wednesday morning, one of our graduate students came into my office with a quizzical look on his face, seeking my professional opinion on his sanity. Though I am not a psychiatrist, I do know something about birds and he suspected that the Snowy Owl he had just hallucinated flying through campus might actually have been there after all. He was sure it was an owl, he was sure it was big, and he was sure it was white. There was only one thing I needed to know from him to determine the next course of action: “Where was it when you last saw it?”

For a bit of perspective, Snowy Owls tend to breed in the Arctic and winter south of their breeding range. Each winter, some owls will travel well south of their breeding range and spend the winter across the northern tier of U.S. States. At roughly 36 degrees latitude, my location in Stillwater, Oklahoma is really quite far south for wintering Snowy Owls. This winter, however, has seen an unusually deep push of Snowies in the Southern Plains, with many birds in Kansas, a few in Oklahoma, and even one or two south of us in Texas. One has spent the winter in a grassland about 30 miles north of us this winter, so finding a Snowy Owl in Stillwater wasn’t that unexpected. The unexpected part was the habitat, and this is where the student’s answer to my question made for a memorable Wednesday morning, indeed.

When he answered “It flew up and landed on one of the high-rise dorms,” I grabbed the nearest binocs and we bolted up to the top (5th) floor of my building. (Okay, we took the elevator, but only so that I wouldn’t be breathing too hard to hold my binoculars straight.) Once in place to scan the twin towers of the Kerr-Drummond Dormitory Hall, it took seconds to spot this lovely creature taking in the strange sights and sounds of a college campus, thousands of miles away from what it normally considers “home.”

After interjections of disbelief and amazement at our good fortune of relocating the bird (as well as a few diagnostic photos), we made our way outside to angle for a better look. For the next hour or so, we watched the owl and shared views of it with many students, faculty, and staff passing by. We even traveled to the 12th floor of Kerr Hall, invited ourselves into a strategically placed dorm room that afforded the most direct observation of the bird perched on a cellular phone antenna on the Drummond tower, and made the most of the opportunity to talk about birds and wildlife and climate with some people who might not ever have discussed such things. From about 10:45–1:10 that day, a Snowy Owl made things quite interesting in our little corner of campus.

The next day, I was contacted by birders in Texas who had been observing a female Snowy Owl – rather like our bird – in the Dallas-Fort Worth metro. Their bird was last seen the Sunday before ours showed up, furthering the intriguing possibility that our birds were one and the same. It would certainly be interesting to know if our bird in Stillwater was the same bird that delighted Texans in Dallas, a city located about 270 miles directly to our south. Alas, my photographs are not clear enough to say for sure, so we are hoping someone can find the bird again and obtain some higher resolution photos. Rumors persist, now two weeks later, that a Snowy Owl is still winging around Stillwater, though it hasn’t been as obliging again as the day it took up its post right outside my office.