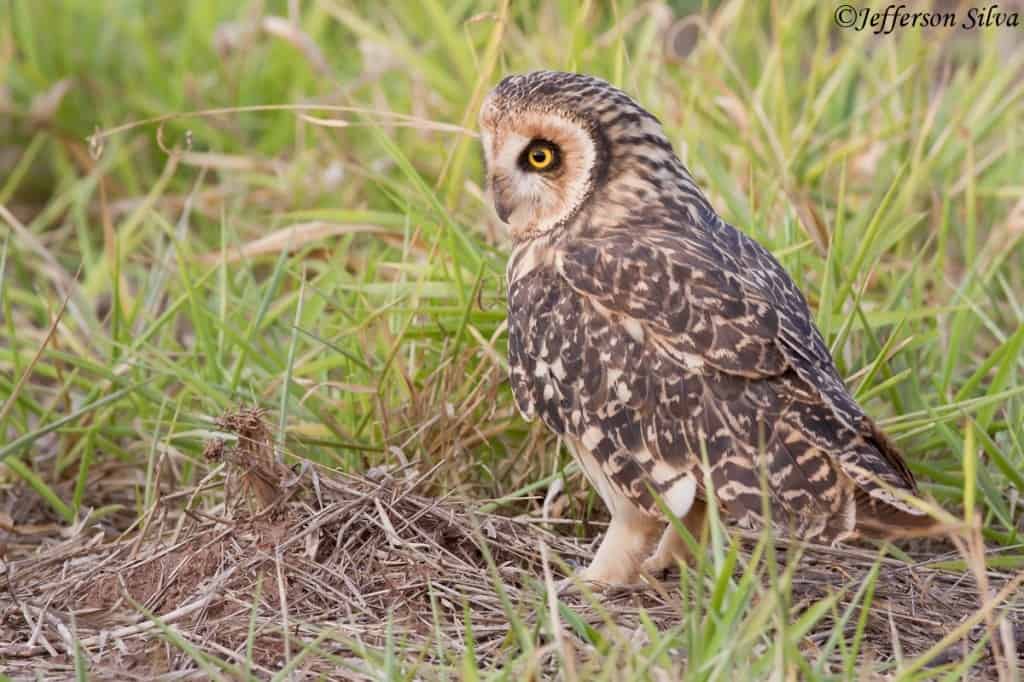 The Short-eared Owl (Asio flammeus) is a species from the Strigidae family. It is an owl with about 36cm, with long wings and short ears.

It is active during the day. It can be more easily seen on first hour in the morning, our an hour before sunset.

Breeding
According to [2], Short-eared Owl nest in the marshy ground, under shrubs in clumps of grass or a mild depression (Pearson, 1936).

Short-eared Owl nests in relatively open areas, and with a little intensive land use. The nest made in the ground is hidden by vegetation.

The number of eggs varies greatly, depending on the abundance of prey. The postures frequently are between 4-8 eggs, but may exceptionally reach 16. The incubation carried out mainly by the female has a duration of 24 to 29 days.

Juveniles may abandon the nest too early, even before they learn to fly. The Short-eared Owl usually defends its nest against intruders conducting low flights (including man) when approaching the site.

Distribution
The Short-eared Owl occurs on all continents except Antarctica and Australia; thus it has one of the largest distributions of any bird.

Diet and habits
It hunts on open areas, usually very close to the ground, and according to [1] it feeds mainly on voles, but also takes birds, other small vertebrates and, rarely, insects. 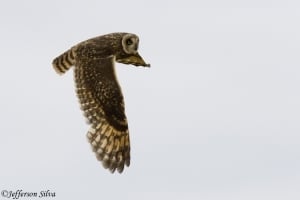 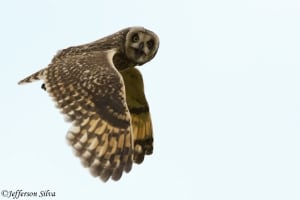 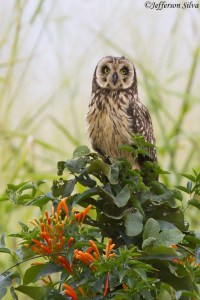 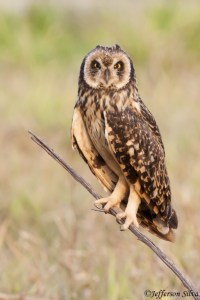 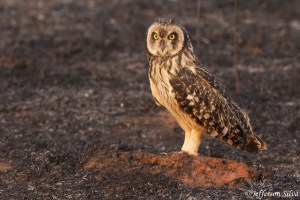 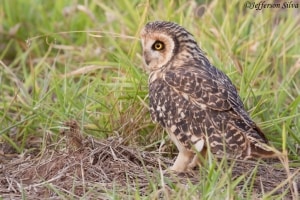