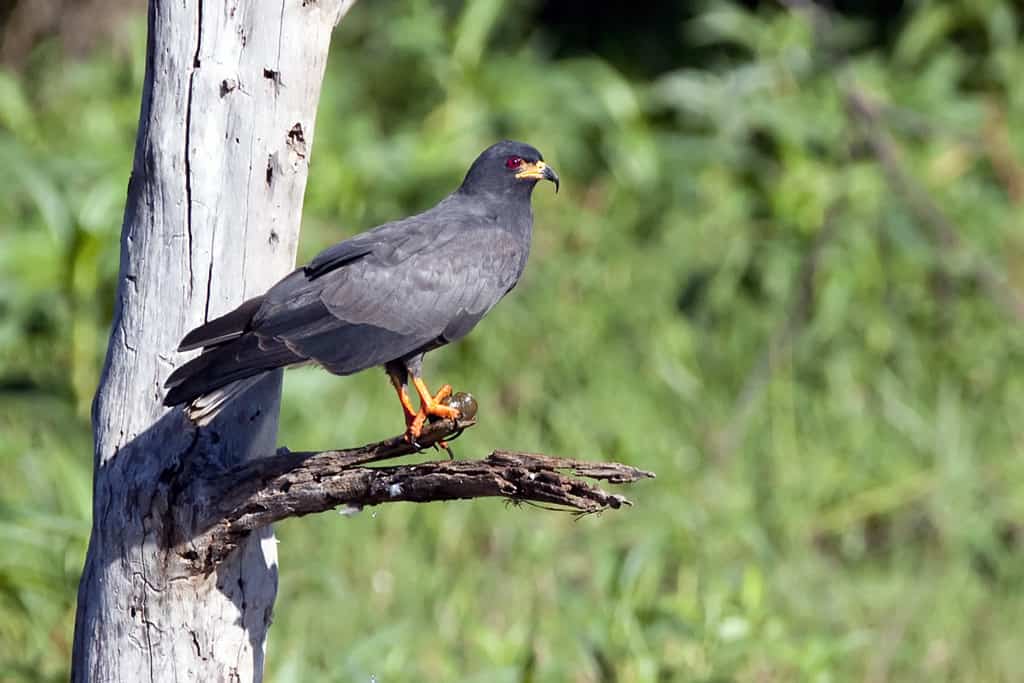 The Snail Kite (Rostrhamus sociabilis) is a bird of prey within the family Accipitridae, which also includes the eagles, hawks, and Old World vultures. Its relative, the Slender-billed Kite, is now again placed in Helicolestes, making the genus Rostrhamus monotypic. Usually placed in the milvine kites, the validity of that group is under investigation.

With about 41cm, the male is all black, and in the breeding season, the area around the beak loses the yellow and turns red. The female has the upper brownish, the frontal region of the head and the lower part whitish cream with brown stripes and spots. The plumage of the female is dark enough, without the lighter feathers on the shoulders seen in young individuals.

Breeding
According to [1], the nests are built ​​in colonies and are fragile platforms located between 1 and 4 m high in shrubs or trees over the water. The Snail Kite puts 2 or 3 white eggs with brown spots.

Distribution
The Snail Kite breeds in tropical South America, the Caribbean, and central and southern Florida in the United States. It is resident all-year in most of its range, but the southernmost population migrates north in winter and the Caribbean birds disperse widely outside the breeding season. [2]

Diet and habits
According to [1], Snail Kite feeds almost exclusively on large aquatic apple snails. It uses his curved beak to remove the soft parts of the apple snails, dropping the empty shell. Captures apple snails during a low flying over the marshes, picking them up on the floor with only one foot and perching to eat. Occasionally, in some regions, as in the Pantanal of Mato Grosso (Brazil) and Venezuela, also feeds on small crabs. 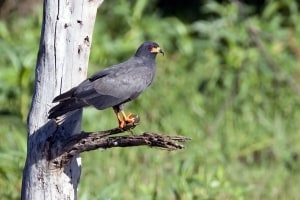 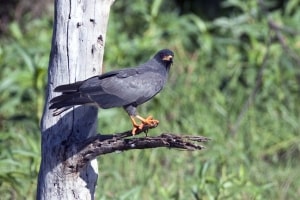 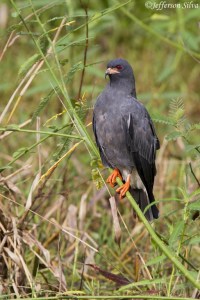