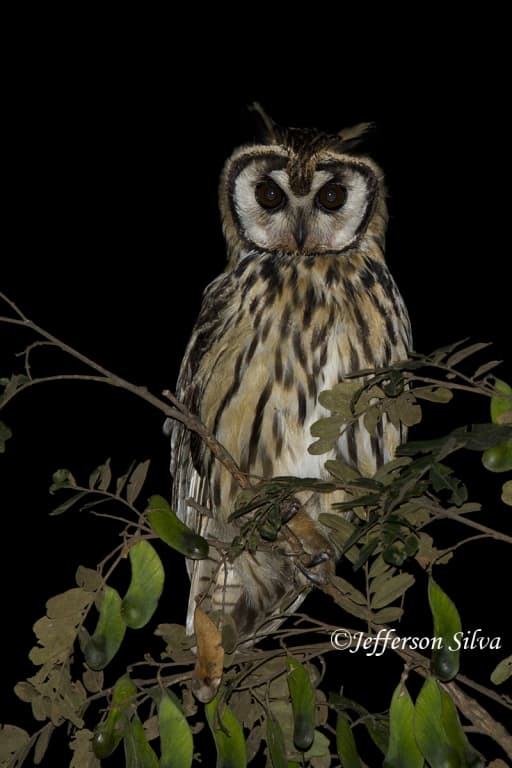 The Striped Owl (Asio clamator) is a species from the Strigidae family. a medium-sized owl (from 30 to 38 cm) with large ear tufts and a brownish-white facial disk rimmed with black. It has a cinnamon-colored eyes, with a black beak.

Breeding
According to [2], Striped Owl nests on the ground or in tree holes. Put 2-4 eggs (usually three), which are incubated for 33 days. The female hardly leaves the nest during incubation, being fed by the male.

Chicks are able to fly between the 37th and 46th day of life. With 130-140 days the young are expelled from their parents. Often only one chick is created.

Distribution
It occurs from Central America to South America. According to [1], four subspecies have been described: nominate clamator occurs from Colombia to C. Brazil; A. c. oberi can be found in island of Tobago, last seen in 1971; A. c. forbesi from S. Mexico to Costa Rica and Panama; A. c. midas, from Bolivia to Uruguay.

Diet and habits
It hunts on different habitats, and it feeds mainly of small mammals, bats, birds and other small vertebrates. It can also take some insects, such as large grasshoppers [1]. 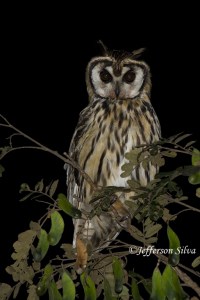 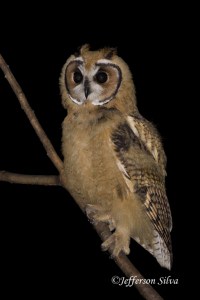 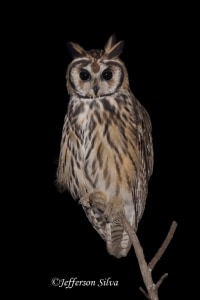