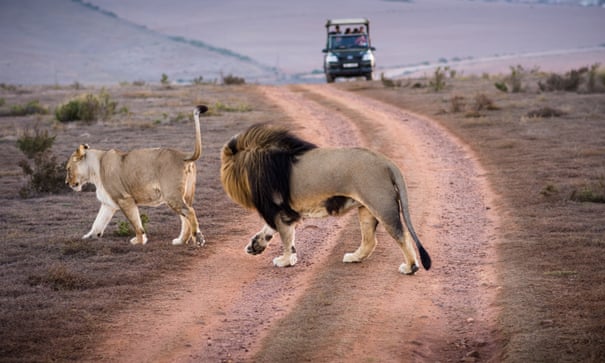 At least two rhino poachers were eaten by lions on a South African game farm, according to the reserve’s owner.

A ranger taking guests on a safari drive at the Sibuya game reserve in the Eastern Cape on Tuesday afternoon discovered human remains near a pride of lions.

An axe and three pairs of shoes and gloves were found later when police and an anti-poaching unit arrived. The lions had been heard making a commotion in the early hours of Monday.

“We thought they must have been rhino poachers but the axe confirmed it,” Fox said. “They use the rifle to shoot the animal and the axe to remove the horn.”

South Africa is home to more than 80% of the world’s rhinos, whose population has been depleted by poaching for buyers in Vietnam and China, where rhino horn is coveted as an ingredient in traditional medicine.

More than 1,000 rhinos were killed in South Africa last year.

This article was first published by The Guardian on 06 Jul 2018.