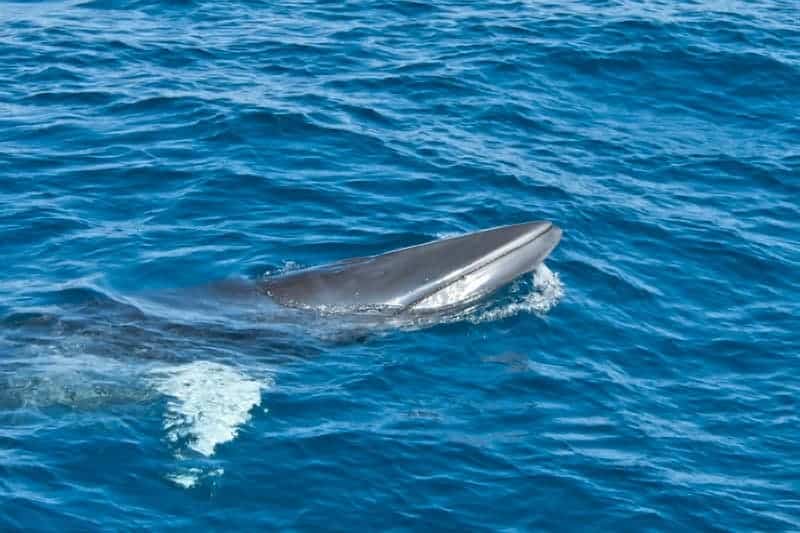 As I headed out on a pelagic wildlife watching trip out of Sydney with Halicat I was really keen to see a new species of whale.

Which wasn’t not too much to ask for, given that the only whale species I have seen are Humpbacks, Right whales and a pod of Pygmy Killer Whales.

The weather turned out perfect for a day on the ocean – clear blue sky, sunshine, light breeze and reasonably tame swells.

We had a trail of fish offal set up behind the boat as we headed out of the harbour and soon we were followed by large numbers of Silver Gulls and a few Great Cormorants with Wedge-tailed, Short-tailed and Fluttering Shearwaters joining in later. A few Australasian Gannets, and an occasional Crested Tern flew by overhead.

There were a few Humpback whales around, though none too close. We didn’t chase Humpbacks but continued on our 22 NM journey towards the Brown’s Mountain – the site known as a popular feeding ground for Sperm Whales. Just last week the Halicat team saw some Killer Whales there. My hopes were high.

As we kept moving further into the open ocean a few species of albatross started to come in. For a while a young Shy Albatross and an immature Black-browed Albatross were following the boat. We also saw a few ‘sea monsters’, as Halicat team refers to them: a breaching Marlin, a Southern Ocean Sunfish, a couple of fur seals and large schools of fish. Each time we saw a school of fish someone would spot a fin protruding out of the water. Most likely they were sharks, but these were always very brief sightings and it was hard to tell for sure. 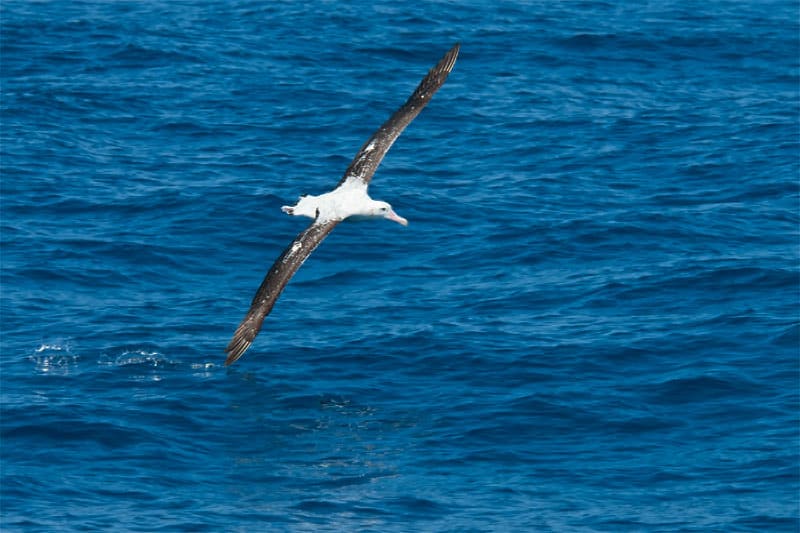 As we arrived at the Brown’s mountain the trail of birds behind the boat has disappeared, apart from an occasional albatross effortlessly soaring on its huge wings. A Southern Giant Petrel made a single pass over the boat.

It was generally very quiet at the Brown’s mountain, so after spotting a few Providence Petrels and a few Great-winged Petrels we motored further out to sea. After a while we killed the engine and threw some more fish offal off the back of the boat, which quickly attracted some Wilson’s Storm Petrels. We had reasonably close views of these adorable birds as they pattered on the surface of the water before landing, which made them appear to be dancing. 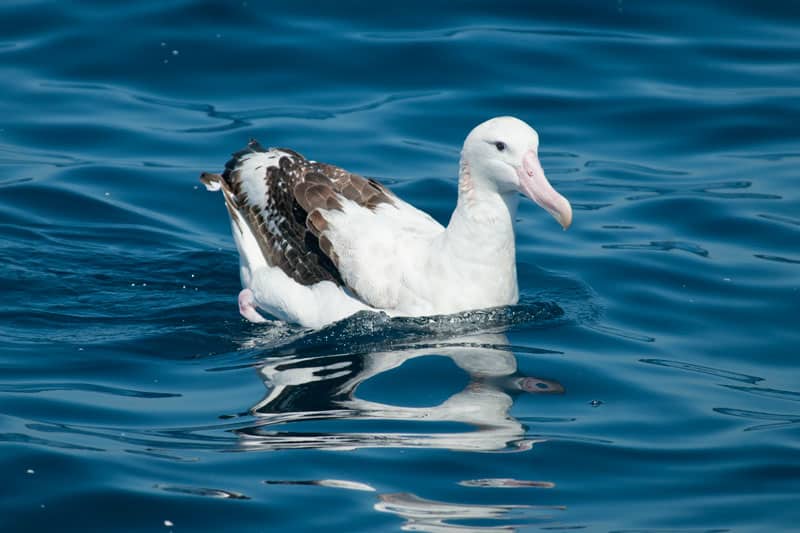 Shortly after, we saw our first Wandering Albatross. These birds have the largest wingspan of any living bird, reaching 3.1 meters on average. As a result of such impressive wingspan they are capable of remaining in the air for hours without flapping their wings. In fact, they spend most of their lives in flight, landing only to breed and to feed.  The individual we were observing obligingly landed not far from the boat and we had fantastic views of it.

As nothing else was happening, we started to slowly make our way back. We came across a young Black-browed Albatross sitting on the water and had very close views of it for a few minutes.  And then, just as I was about to resign to the fact that I won’t be seeing any new whales on this trip, a Dwarf Minke whale ( Balaenoptera acuturostrata) appeared at a distance, swiftly swimming towards our boat. We turned off the engine and the curious whale came in for a closer look. It was moving quite fast, more like a dolphin than a slow moving baleen whale. It made a few circles around the boat and each time it surfaced we could see its long snout, than its entire head followed by the rest of its body. The white patches around its dorsal fins could be seen even through the water.  These species are not often seen off Sydney as they do not raise their flukes above the water and their blows are quite inconspicuous. Which made the sighting all the more special.

All in all it was a great trip with a variety of creatures making an appearance.