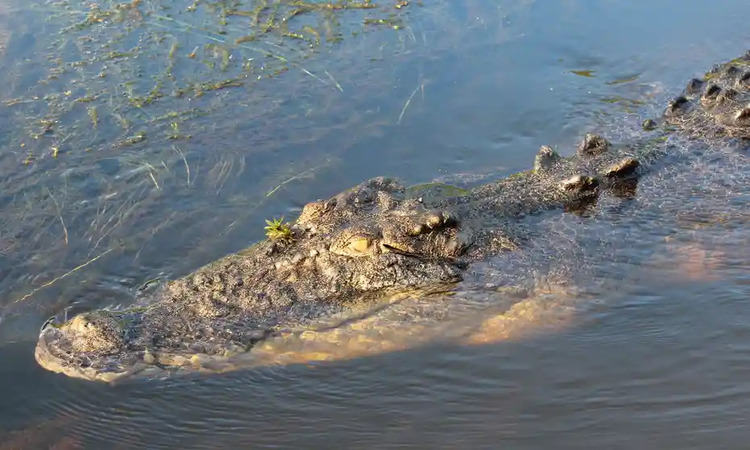 The exponential increase in saltwater crocodile populations in the Northern Territory in recent decades may be partly a result of them preying on feral pigs, new research suggests. Scientists who have analysed the diets of saltwater crocodiles in the Territory believe the reptiles have shifted from marine prey to predominantly terrestrial food sources in the […] 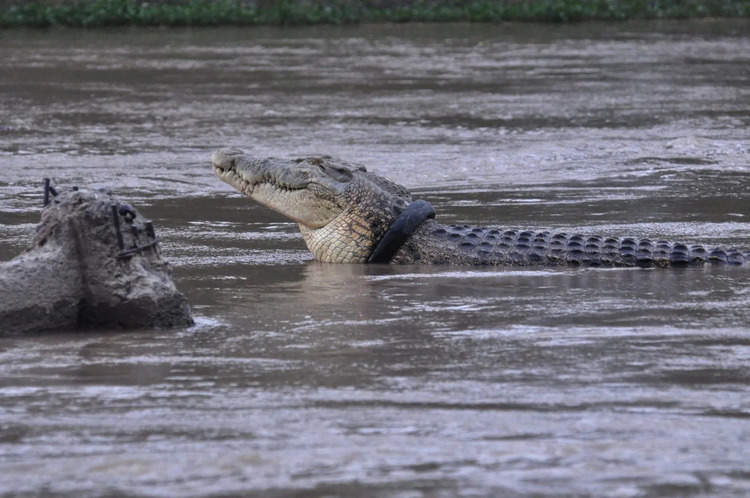 In Indonesia, a giant four-meter (13.12-foot) crocodile has been freed from a motorcycle tire that had been wrapped around his neck for six years. According to Reuters, a local animal lover was ultimately successful after several efforts over the last six years. The female saltwater crocodile was initially spotted in 2016 and quickly earned the […]

COLOMBO — The recent killing of a fisherman by a crocodile off the coast of the Sri Lankan capital has shone a spotlight on the city’s long-overlooked crocs — and also sparked calls for them to be moved elsewhere. In the Jan. 3 incident, Somasiri Peries, 58, who collected ornamental marine fish for a living, […]

A Queensland man has escaped the jaws of a crocodile by stabbing it in the head with a pocket knife as it dragged him into a river on Cape York. Parks and Wildlife officers said the 60-year-old had been fishing on his property on the banks of a remote part of the McIvor River, near […]

PALAWAN, Philippines — What do you do if you encounter a saltwater crocodile on your way home? For Roozie Quea Idlana, a resident of the town of Balabac in the Philippines, the answer is simple: Just keep walking. In Idlana’s neighborhood, the houses are built on stilts, tucked within mangrove forests. Encounters with saltwater crocodiles […]

The high-end French fashion brand Hermès wants to build one of Australia’s biggest crocodile farms in the Northern Territory that would hold up to 50,000 saltwater crocodiles to be turned into luxury goods such as handbags and shoes. But the proposal has come under fire from animal welfare groups, who say other fashion brands have […]

A man is expected to face court in central Queensland next month accused of shooting dead a 5.2-metre saltwater crocodile. The reptile was found floating in the Fitzroy River near Rockhampton on 21 September. A 31-year-old Etna Creek man has been issued with a notice to appear in the Rockhampton Magistrates Court on 12 January […]