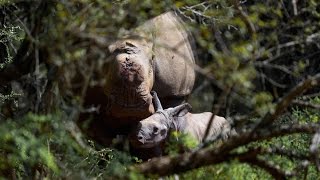 Using footage of Thandi and her calf captured just moments after the birth, this film by photographer and filmmaker Adrian Steirn documents Thandi’s journey from attack to recovery.

It’s the story of a miracle rhino birth that inspires hope for the species.