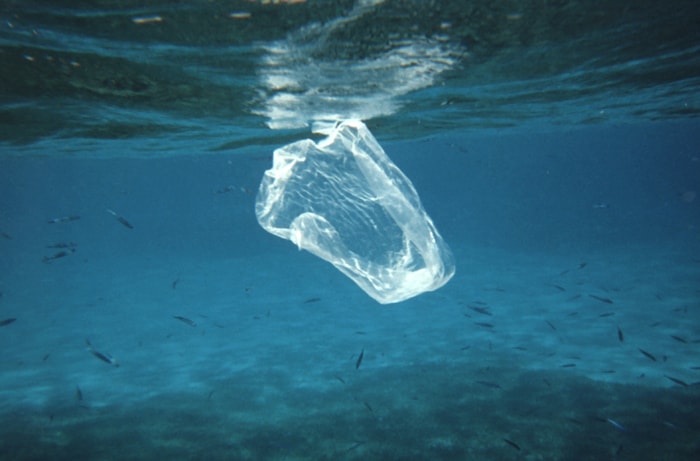 Around 70% of the earth’s surface is covered by oceans, with these vast, wondrous bodies of water an essential part of our planet’s lifecycle.

Plastic, however, is a serious threat to our oceans, and the wildlife that are so dependent on them. Ocean pollution is a huge issue, with plastic a particularly prominent pollutant.

Researchers suggest that somewhere between 4.8 and 12.7 million tons of plastic is dumped into the ocean every year.

What happens to plastic when it gets into the ocean?

Plastic is a naturally buoyant material and doesn’t degrade, making it a real blight on our oceans. As a result of these specific qualities, plastic floats on the surface of the water, gathering into enormous garbage islands.

The largest of these islands is known as the Great Pacific Garbage Patch, which floats off the coast of California, and is twice the size of Texas, and three times the size of France!

These islands form due to plastic getting caught in natural currents. The plastic in these islands is often decades old, and will not degrade, but rather break up into smaller pieces of debris, meaning that garbage islands will only get bigger.

How are marine animals affected by plastic?

The huge amount of plastic in our oceans has enormous repercussions for the marine life that relies on the ocean for its existence.

Plastic pollution, alongside other forms of toxic pollutants that enter the ocean, such as industrial waste, sewage, and oil spills, is responsible for the deaths of over a million seabirds and 100,000 sea mammals every year.

There are over 5 trillion pieces of plastic debris floating around in the ocean, and this plastic harms marine life in numerous ways. It is fairly well-known that animals can become easily trapped in plastic debris, but this harmful substance can also be mistaken for food, with animals easily choking or starving as well.

Plastic can also absorb toxic chemicals from other forms of water pollution, potentially poisoning the animals who mistake this detritus for food.

What can we do to reduce plastic pollution?

In order to effectively reduce the amount of plastic in the ocean, there needs to be a greater sense of responsibility at all levels, from governments to corporations. For individuals, there is also plenty that can be done as well.

While it is nearly impossible to avoid plastic entirely, reducing how much we use is something all of us can do. Avoiding one-use plastic products, such as carrier bags, is essential to reduce the amount of plastic being thrown out.

Ensuring that we recycle plastics properly also makes sure that plastic is reused and repurposed, as opposed to ending up in the sea, and further contributing to the existing levels of pollution.

It is equally important that we encourage others to recycle as well, particularly our children – and this doesn’t have to be dour and serious. Plastic pollution in our oceans is a real problem, and it is imperative that we all do our bit to keep the oceans clean.