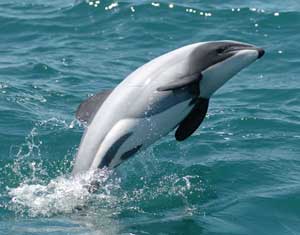 With the recent death in January of another Maui’s dolphin by entanglement in static fishing gear cetacean biologists around the globe are resigning themselves to yet another whale species facing extinction within the next few years; joining the recently extinct Yangtze river dolphin and the ranks of other critically endangered marine mammal species like the Vaquita or Gulf of California porpoise.

The numbers of Maui’s dolphins are officially placed at a staggeringly low 100 animals of which only 25 animals within that group are known to be females. Already perilously close to oblivion it has been calculated that only one human induced death every 6 years would be enough for this species to continue it’s inexorable slide towards extinction. The breeding rate of this charismatic and pretty dolphin is slow; one calf every two to four years and females don’t reach sexual maturity until around nine years of age.

Unfortunately, Maui’s dolphin, classified on the basis of genetic and skeletal differences as a sub species of the more numerous but declining, Hector’s dolphin, have a very narrow range off the west cost of New Zealand’s north island. Inhabiting these shallow inshore waters brings them into close contact with man where 70% of fishing activities takes place, especially the destructive gill netting and trawling activities. This latest fatality occurred in the Taranaki region off the western coast of the north island and despite repeated scientific recommendations, this area has been left unprotected by successive governments following pressure from the fishing lobby.

The laissez-faire response to this fatality by the New Zealand Ministry of Agriculture and Forestry (MAF) signifies that legislation to remove the threats posed by inshore fishing practices is perhaps a forlorn hope. “…MAF has fishing restrictions in place to manage threats to Maui’s dolphins, which are a protected species under the Mammals Protection Act 1978″…read a statement from the Ministry which went on to say “…The recent mortality occurred outside the current known range of Maui’s dolphins, as well as outside the current restrictions…”

The Ministry are being a little disingenuous however, as research by workers from the University of Otago showed clearly the presence of this dolphin species in the area where this recent fatality occurred as far back as 2005. Photographic evidence corroborated these research findings in 2009. MAF did not accept this evidence, it is suspected, following further lobbying from fishing interests.

Since the widespread use of nylon gill nets became established in the 1970’s this practice has had a relentless and catastrophic impact on Maui’s dolphins; and despite the evidence that human activities are killing these dolphins faster than they can recover, it appears there is little political will to implement further fishing controls.

Dr Barbara Maas, Head of Endangered Species Conservation with NABU International – Foundation for Nature has said categorically “…Absolute protection against commercial and recreational gill-netting and trawling is the only way to prevent their demise…”

Recent, but unpublished, government figures suggest that the current population of Maui’s dolphins are now below 100 individuals. Apart from the impact on the species themselves, extinction of the country’s only endemic dolphin will do little for New Zealand’s conservation image on the World stage.

P.S. THERE IS A GRAPHIC AND DISTRESSING VIDEO CLIP AT THE END OF THIS POST – POSTED BY KEN – DEPICTING WHAT HAPPENS WHEN SMALL CETACEANS COME INTO CONTACT WITH NYLON MONO FILAMENT FISHING NET. HERE IS A LINK TO A PETITION SITE WHERE YOU CAN URGE THE NEW ZEALAND GOVERNMENT TO DO MORE TO PROTECT THESE SMALL DOLPHINS…BOTH MAUI’S AND HECTOR’S.

P.P.S. It has been calculated that in excess of 350,000 small whales and dolphins die annually through entanglement in static fishing gear.

Shortly we will read the delayed report with dismay. Technically this species is extinct indirectly all evidence suggests that the Maui’s numbers have declined uninhibited by forthright proactive interventions that could have availed protection.

Its very unfortunate to hear this sad news about the danger posed for the rare dolphins in the world. We must feel concerned and do the best to save these natures best creations.

Hi Ken. Thanks for adding the video. I will also add the link to the end of the post if that’s OK so that anyone can click and sign if they would like to.

Nic, thanks for the link to the petition, which I’ve signed. I also found a video clip illustrating the dangers of entanglement in fishing nets. This has been added at the end of your post. Let’s encourage all readers to sign the petition.

It is tragic Ken and all the more obscene because it is for the short term gain of a relatively few individuals against the further loss of biodiversity. However, there is a petition running and anyone can sign. It can be found at the link below. This is about establishing a protected corridor that will link different populations.

Tragic that yet another beautiful mammal species has only 100 individuals remaining and that the species is sliding towards extinction. Again we see the tug of war between industrial lobbyists and wildlife conservationists. Nic, do you think an e-petition to New Zealand’s government could have any impact? There are websites, which can facilitate the setting up such a petition. e.g. http://www.petitionbuzz.com/