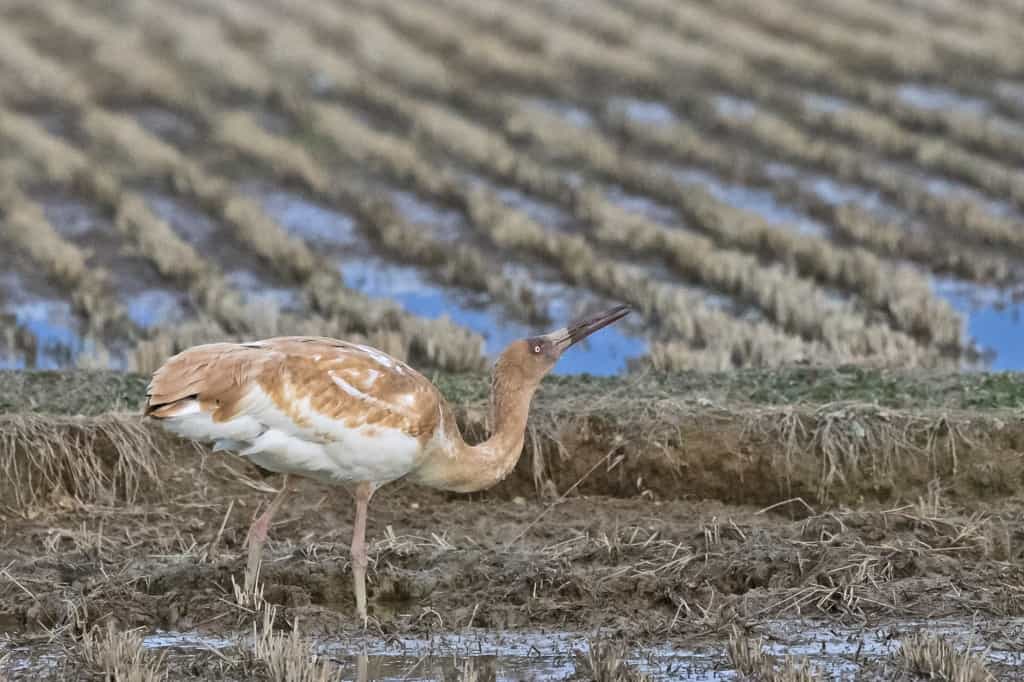 The Siberian Crane has two distinct breeding populations, one in central Russia and the other in Eastern Russia. Both populations are in dramatic decline, with the western one almost extinct and the eastern one critically endangered due to the destruction of its wintering grounds. However, if the cranes are able to relocated to different, safer wintering grounds they may yet avoid extinction and begin to rebuild their population. The juvenile photographed here had flown over to Japan with the other crane flocks in the winter of 2012/13. 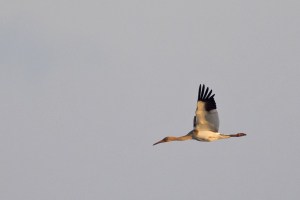 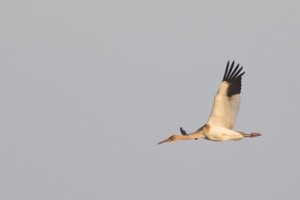 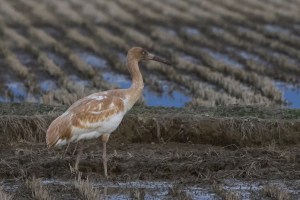 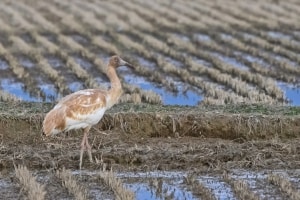 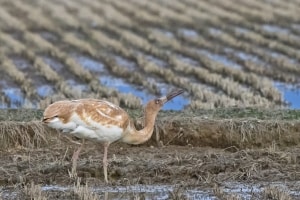 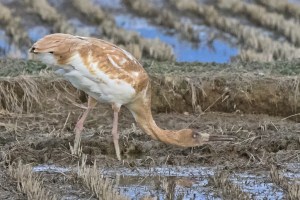 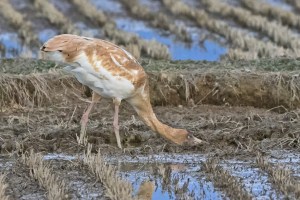