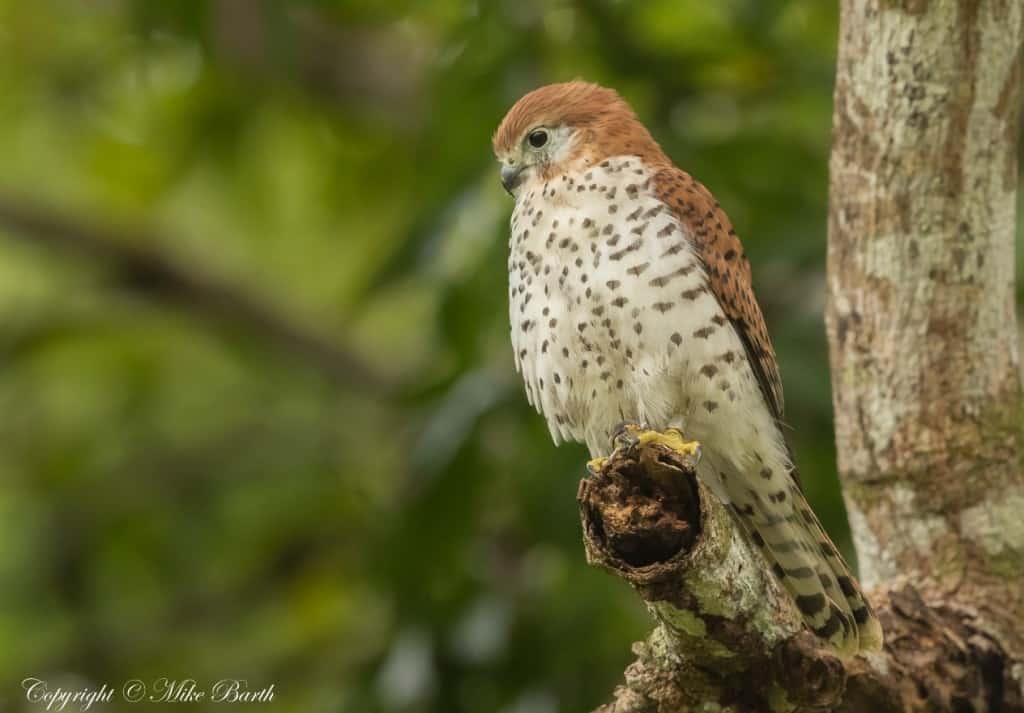 Falco punctatus is restricted to Mauritius and has undergone a spectacular recovery from just four wild birds (including one breeding pair in 1974.

This species has been uplisted from Vulnerable because its formerly increasing population has declined again, with disappearance from part of its range. It is now listed as Endangered on the basis that it has a very small and declining population, which occupies a very small range in which habitat quality is in decline owing to the spread of introduced plant species. 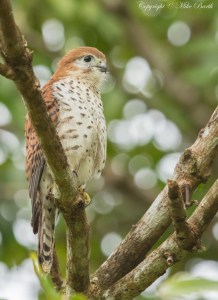 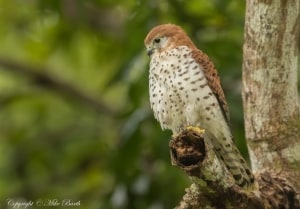 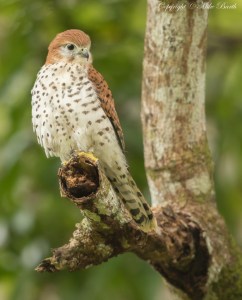