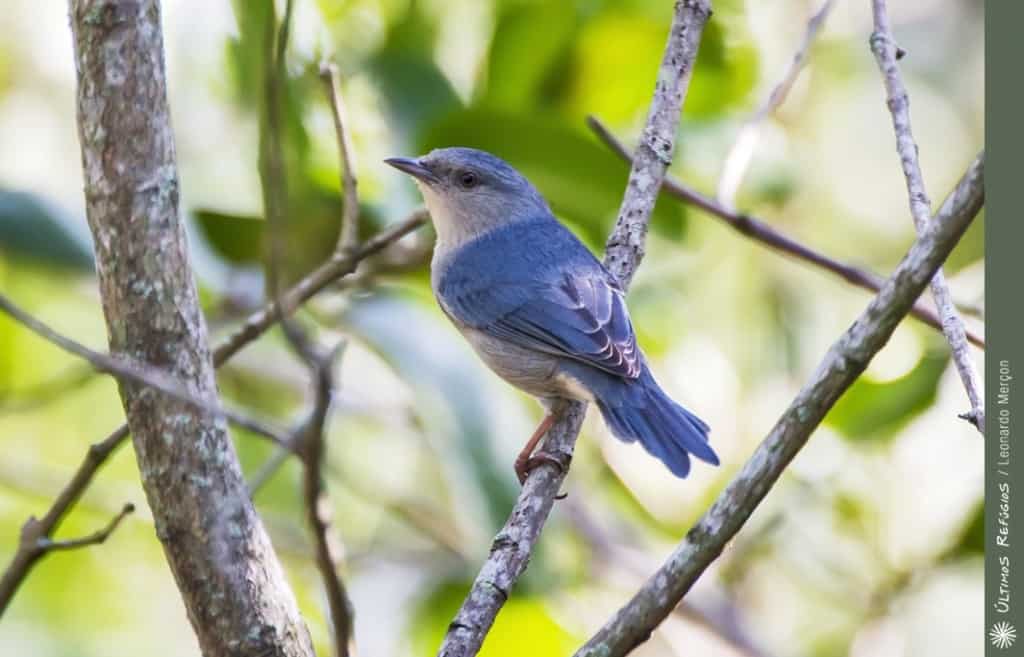 The Bicolored Conebill (Conirostrum bicolor) is a small passerine bird. This member of the tanager family is a resident breeder in South America from Colombia, Venezuela and Trinidad south and east to the Guianas, northeast Peru and Brazil.

Its habitat is coastal mangrove swamps and neighbouring woodlands.Based on a model of future deforestation in the Amazon basin, it is suspected that the population of this species will decline by 25-30% over the next three generations.

The Bicolored Conebill is 11.4 cm long and weighs 11 g. The adult is grey-blue above and buff-tinged grey below, with red eyes, pink legs and a sharp, pointed bill. The primary flight feathers are bluish with brown edgings. The sexes are similar, although the female may be a little duller, but immature birds are greenish above and have pale yellow underparts. 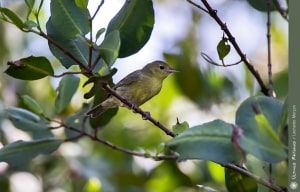 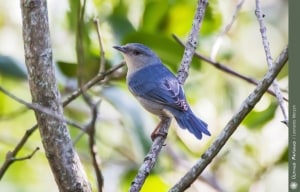