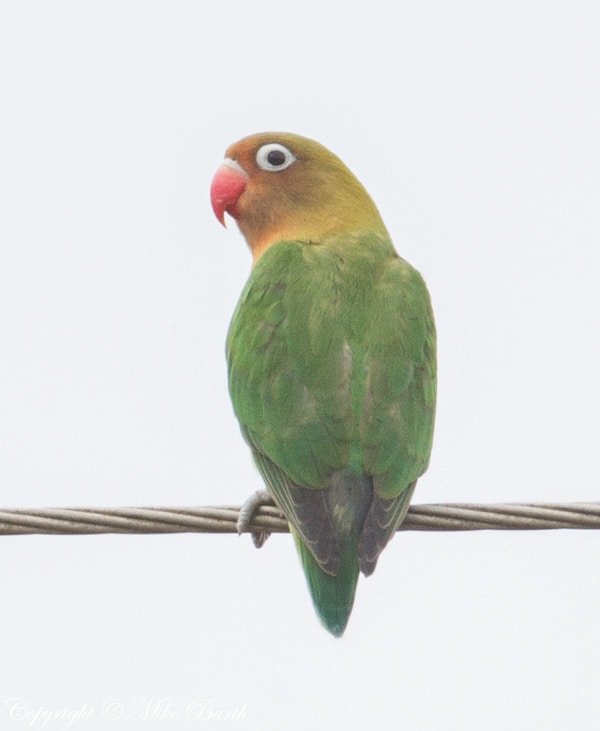 It was the most commonly traded wild bird in the world in 1987 and was the most popular wild-caught parrot imported into the then European Economic Community, accounting for c.80% of the Psittacine exports from Tanzania (RSPB 1991). Legal trapping for export has now been halted, but the population is still much lower than it was, and trade could re-start (Moyer 1995). The species has hybridised with Yellow-collared Lovebird A. personata in the wild, but not within the species’s natural range (there is range overlap but A. fischeri appears to be a non-breeding visitor to A. personata habitat [N. Baker in litt. 1999, Morton and Bhatia 1992]) so this is unlikely to pose a threat.