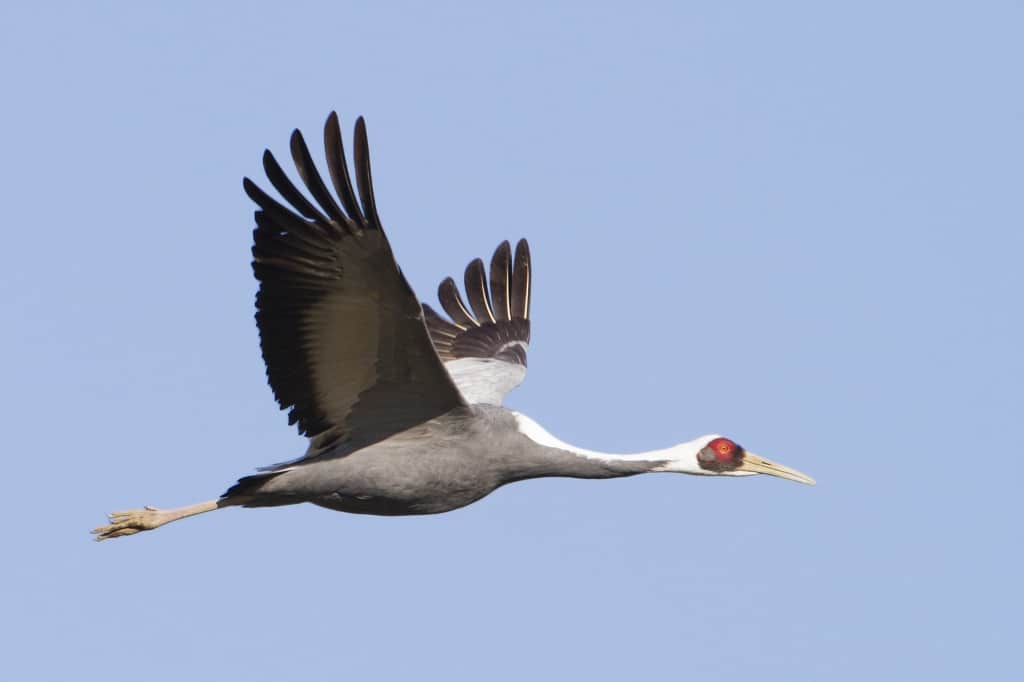 The White-naped Crane is a magnificent, stately species that is restricted to East Asia. It breeds in Mongolia, extreme northern China and eastern Russia. In winter it migrates south to a few locations in Korea, Japan and China. Its numbers have declined rapidly due to habitat loss, particularly wetlands. 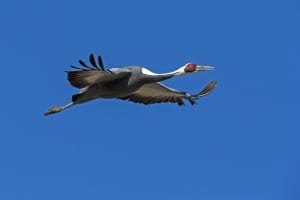 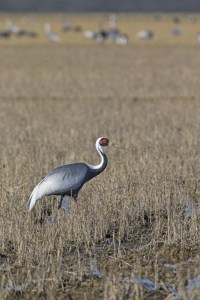 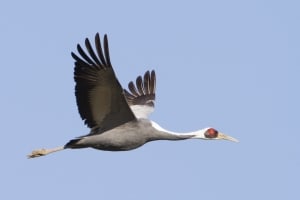