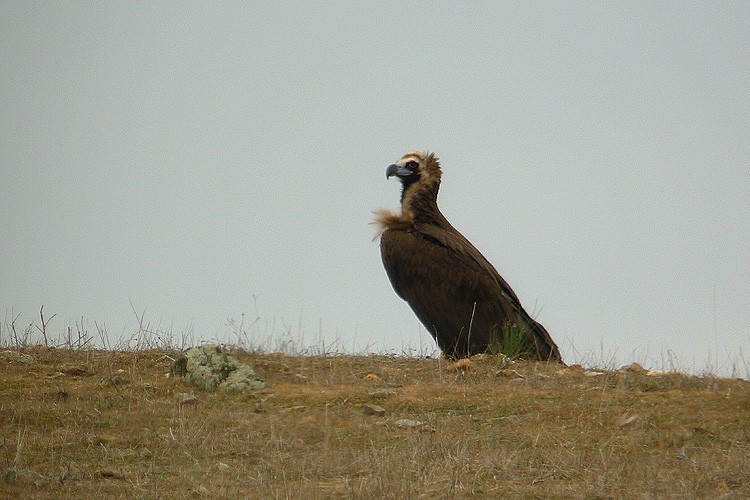 What is your initial reaction when you hear that word? Only a face a mother could love? I guess they aren’t the most attractive birds to most, but to me they’re something else. They’re intelligent, charismatic and have some of the most intriguing, if unpleasant adaptations. Whether it be Old World or New World Vultures they all enthrall me with they’re methods of survival. Many are familiar with the characteristics of Vultures, even young children thanks to a well loved film, the Jungle Book; bald heads and large hooked beaks. Most though, aren’t familiar with some of the traits I marvel at, nor are they familiar with the current and worsening plight of Vultures across Europe, Africa and the far East.

Vultures are scavengers and they play a large part in cleaning up the environment they live in. Finding a suitable carcass appears to be easy work, by soaring on large, broad wings and making use of warm air thermals Vultures rise to dizzying heights and are able to survey much land with well developed eyesight. It is also thought that some Vultures have a well developed sense of smell in comparison to other Raptors, the American Turkey Vulture (Cathartes aura) being one whose sense of smell is strongest.

Once they’ve found a carcass, Vultures do not hesitate to get stuck in; here the bald head comes into play. To prevent blood and bacteria remaining on feathers which should cover the head, vultures do not have any. In the heat of the sun, any bacteria which are present are ‘burnt’ away. Similarly, protection of the feet is managed with excrement, which is deliberately directed down the legs. This successfully removes any bacteria, and as it evaporates acts as a sunscreen and coolant. Not very nice, but very effective.

Unfortunately, these well adapted birds were not prepared for human intervention and the contamination of their food source with NSAIDS. Across much of the Old World Vultures range (Europe, Africa and Asia) the use of veterinary drugs have demolished the once booming populations. Non-Steroidal Anti Inflammatory Drugs became freely available for farmers to purchase and treat their cattle with. Sadly, these drugs cause kidney failure in Vultures, leaving three Asian species Critically Endangered. The Slender-billed Vulture (Gyps tenuirostris), the Indian Vulture (Gyps indicus) and the White Rumped Vulture (Gyps benegalensis) demonstrate the fastest declines in bird species, with drops of 95% since 1990.

In addition, the Vultures have to contend with the development of many areas and the erection of power lines, deliberate poisoning and lack of understanding from local people. Despite conservation efforts, much of the general public remain completely unaware of the plight of our flying cleaners. NSAIDS have been banned but are shamefully still used and continue to ransack the remaining vulture numbers.

We need to be aware of what is going on and must develop new and innovative ways of replenishing our Vulture numbers. They may be ugly too many, but they are truly interesting. Not many species can empty their stomachs on demand to deter a predator, allowing the final pickings of a carcass.

Incredible birds, truly amazing and so vital to the environment.

I dont know if people find them attractive or not, I have spent time photographing them and I absolutely love these birds, they are wonderful to look at and show so much character. Nice post!! 🙂

Thank you, I’ve had a look. Its such a shame that Vultures are in such a state and it seems people are very unaware.

Rachel, a fascinating article about this poorly understood species. Earlier this month we published an article with a link to an article written by Tadaferua Ujorha from Nigeria – this also makes a good read.
https://focusingonwildlife.com/news/vultures-on-the-verge-of-extinction/