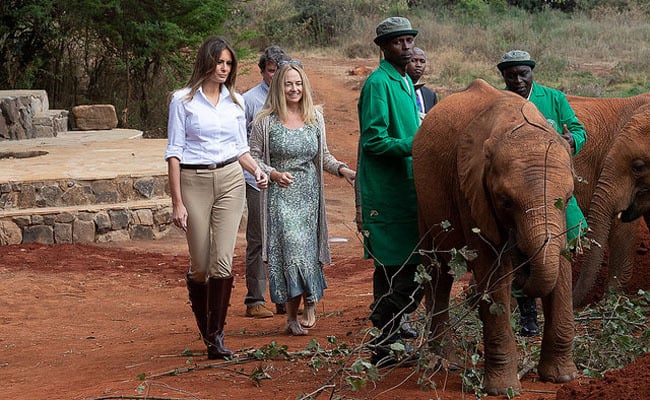 Even though it’s a bipartisan organization, the Humane Society Legislative Fund (HSLF) issued a dire warning in October 2016: if Trump were elected, his administration would be “a threat to animals everywhere.”

As we all know, Trump was elected – and almost immediately after he took office, the HSLF’s prediction sadly proved to be true.

Here are just a few of the ways the Trump administration has been a nightmare for animals, listed in chronological order.

It was previously easy to go online and view inspection reports, photos, videos and other important information about these facilities. But after Feb. 3, 2017, people had to submit a Freedom of Information Act (FOIA) request, which can take years to be approved. Why was it removed? To protect personal information in the documents, according to an announcement at the time on the USDA website.

Animal activists quickly filed a lawsuit to have the information restored. Some data returned, but identifying details were heavily redacted, making it almost useless.

Responding to a request from Congress for more transparency, in April 2018 the USDA finally restored details in its most recent animal welfare reports posted online.

In April 2017, Trump signed a bill that repealed hunting restrictions on national wildlife refuges in Alaska. No longer would cruel practices like aerial hunting, live trapping, or the baiting of bears, wolves and other predators be prohibited.

Bears could be killed as they hibernated, and wolf pups could be slaughtered inside their dens. Worse, the bill included a provision that prevents the Fish and Wildlife Service from reinstating the ban.

And in September 2018, Secretary of the Interior Ryan Zinke announced he’ll open “more than 251,000 acres to new or expanded hunting and fishing opportunities at 30 national wildlife refuges across the U.S.”

In November 2017 Trump announced he would repeal an Obama-era policy prohibiting hunters from bringing elephant parts from Zimbabwe and Zambia into the United States.Not that surprising since Trump’s two oldest sons are trophy hunters. The policy had been enacted because these two African countries could not prove that the profits they made from trophy hunters were going toward conservation endeavors.

Thanks to the immediate backlash, Trump admitted ending the ban was a “terrible” idea and he was putting it on hold. Yet in March 2018, the U.S. Fish and Wildlife Service (FWS) announced it’s still allowing the import of elephant parts from these countries on a “case-by-case basis.” As Care2 writer Kevin Mathews noted at the time, “That sounds like a recipe for favoritism or a way to allow rich cronies of the administration to bring in their elephant heads.”

Late last year, Trump announced that nearly two million acres would be removed from Bears Ears and Grand Staircase-Escalante, two national monuments in Utah that were established by the Obama administration. This was the largest reduction of national monument protections in history.

Bears Ears is also home to thousands of Native American archaeological sites with cultural and religious significance. Five tribes and several conservation groups have filed lawsuits over the land reduction, pointing out that the Antiquities Act of 1906 only allows presidents to designate national monuments, not revoke them.

Join more than 150,000 people who have signed this petition urging Trump not to gut Bear Ears National Monument.

The Endangered Species Act (ESA), enacted in 1973, protects wildlife and plants and has helped prevent species like the bald eagle from going extinct.The Trump administration apparently doesn’t care and has proposed removing its key provisions.

In July, the Interior and Commerce departments – which under previous administrations helped protect wildlife, not destroy it – proposed ending the protection of species, regardless of whether they are endangered or threatened. Instead, protections would be determined on a case-by-case basis.

Under this proposal, theFWS and National Oceanic and Atmospheric Administration would remove existing language, so that officials could now consider the economic impacts when deciding whether to protect wildlife. Also, federal agencies would be allowed to approve permits for destructive activities, like oil drilling and logging, without first conferring with scientists and wildlife agencies.

“The signal being sent by the Trump administration is clear: Protecting America’s wildlife and wild lands is simply not on their agenda,” Jamie Rappaport Clark, director of the FWS during President Clinton’s administration, told the Washington Post.