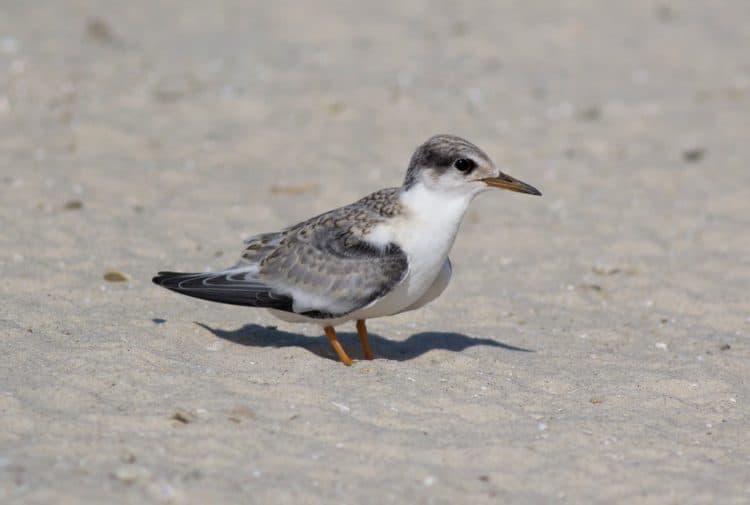 Beachgoers in Alabama who descended on the breeding ground of a threatened seabird species this summer scared adults away from their nests and used the eggs to decorate the sand, most likely killing hundreds of chicks, wildlife experts say.

The exact number of least tern birds that died in Mobile Bay is unknown, but it was “a tragic loss of a colony that size,” said Katie Barnes, a senior biologist at Birmingham Audubon who oversees the protection, monitoring and surveying of Alabama’s coastal bird species.

Least terns, which are protected by the federal government under the Migratory Bird Treaty Act, often lay their eggs on wide-open beachfronts, digging shallow nests beneath the sandy surface. The diminutive birds — adults weigh just 1.5 ounces — are considered a threatened species for several reasons, including beach recreation, Ms. Barnes said.

“They’re very sacred to us because they are so sensitive,” she said.

Although the least tern population in Alabama is not endangered, as populations in other locations are, the birds there have still struggled with habitat loss and sea level rise.

“The population was doing so poorly elsewhere, this was basically one last shot for a large number of adults,” Ms. Barnes said.

He said he saw a volleyball net appear on the shoal earlier this summer, and on July 4, he saw 17 boats around it.

“I said, ‘We really need to get out there,’” Mr. Haffenden recalled.

After acquiring a boat, he and another member of the group visited the island on July 10 and discovered about 700 breeding pairs and more than 100 chicks that were too young to fly — making it the largest least tern colony in the state, according to Roger Clay, a wildlife biologist at the Alabama Division of Wildlife and Freshwater Fisheries.

“It’s certainly bigger than what we’ve seen in recent years,” he said, adding that a typical least tern colony would number around 50 to 150 birds.

They also found the volleyball net and 26 eggs placed in a circle by visitors to the island, surrounding a dome of sand “like jewels in the crown” and left to bake in the sun, Mr. Haffenden said.

Least tern parents will sit on their young in order to shade them from the sun. Each nest usually has two eggs.

“I always refer to them as the world’s best parents,” Ms. Barnes said, adding that the birds are tiny but fierce and will defend their young mightily.

But if the parents or the nests are disrupted, the chicks will overheat and die.

Some of the eggs that were used to decorate the sand had cracks or depressions indicating that they had been in the process of hatching, Mr. Haffenden said.

Not all of the eggs were tampered with, Ms. Barnes said, but the activity on the beach scared the adult birds, preventing the eggs from receiving shade.

When Birmingham Audubon returned to the shoal later last month, the group counted nearly 70 fledglings, about three weeks old. On Aug. 2, around 15 more were counted. But those numbers were nowhere near what they should have been, Ms. Barnes said.

“We only confirmed an estimated 85 fledglings out of 1,400 birds,” she said. “I mean, that’s an astronomical loss for reproductive output for the species.”

Killing migratory birds results in a penalty of $15,000 and up to six months in jail, but new guidance from the Trump administration says that killing a migratory bird either accidentally or incidentally is not a crime. This interpretation of the law would also absolve companies, not just individuals.

The Migratory Bird Treaty Act is enforced by the Fish and Wildlife Service. A spokeswoman for the agency said it and the Justice Department were investigating what happened in Alabama.

In order to protect the birds, Birmingham Audubon did not report its findings to the public until after the least terns had completed their nesting cycle.

Least terns typically start nesting in May, Ms. Barnes said, “so by July, there should be chicks everywhere.”

Ms. Barnes said the birds most likely gathered at this particular beach because they had poor breeding results elsewhere.

On July 11, Birmingham Audubon fenced off the whole area and put up protective signs. The volleyball net has been removed.

Since then, the group has not observed human footprints or any boats pulling up to the shoal, Ms. Barnes said. But the species still needs help to thrive.

“It takes a community to protect our birds,” she said.

This article was first published by The New York Times on 07 Aug 2018.