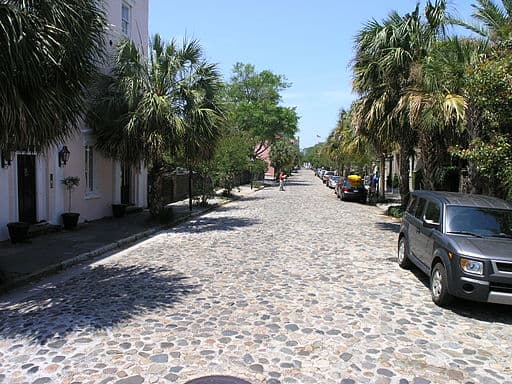 Today was an easy day – I mooched around the area of Bull’s Island near Charleston, South Carolina and Charleston itself.

Charleston has lots of ‘old’ buildings – but it is a very pretty place. You have to cross a very impressive modern bridge to get to it and then it’s quaint and southern and nice. And I’m sure its southern inhabitants occasionally quaintly and nicely make love with each other but the sex I saw was happening up the road a bit.

I did some mooching near the shore as there was breeze enough to keep the mosquitoes away. Mooching is good – a good mooch always produces some birds. My mooch was hanging around a jetty watching the crabmen and oystermen land their catches.

And as they did, shorebirds of the small variety, peeps, ran around feeding and they were close enough for me to have really good looks at Dunlin, Semi-palmated Plovers (very like our Ringed Plover), Grey Plover, Semi-palmated Sandpipers (there’s a whole lot of semi-palmation going on around here), Least Sandpipers and Spotted Sandpipers (like our Common Sandpiper but with spots). Also more distant were Greater Yellowlegs, Whimbrel, American Oystercatcher and Willets. None was having sex.

Nearby were Gull-billed Terns, Green Heron and Bald Eagle – not bad for a mooch, I thought. 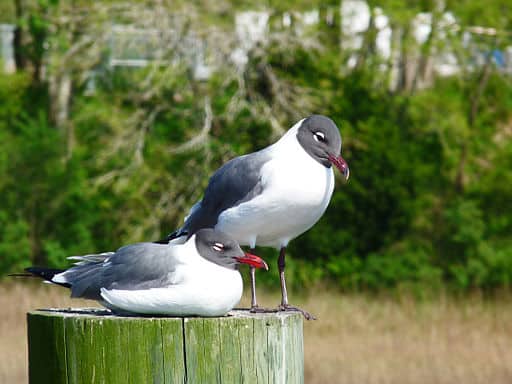 But also there were Laughing Gulls and they were the ones having lots of sex. It’s interesting (is it? – you tell me) that our European small dark-headed gull and the US version are both called ‘laughing’ except we only do that to ours in its scientific name and in its common name we saddle it with ‘black-headed’ even though we know the head is chocolate brown.

But Laughing Gulls are well named – they have a laughing cry – not least when having sex. And they seem to have quite a lot of sex and it lasts for quite a long time – although, I guess it depends to what you are accustomed.

It’s the male that does all the laughing. And this is when he is perched on the back of the female, trying to position his undertail parts correctly and is pecking (could be kissing) his female on the bill and head. And he laughs throughout – loudly. Almost to draw attention to the performance.

Didn’t work with me – I only watched about 20 times during my mooch. I was hardly paying attention at all. And you could get the impression that nor was the female ‘involved’. She just stood there for the most part – occasionally uttering a fairly quiet call (of impatience? of encouragement?) and shifting from one foot to the other now and again.

Her foot shifting once, in one pair, resulted in the couple twirling through 120 degrees whilst the male laughed away.

But, as I say, I was hardly noticing.

This post is based on one originally posted by Mark Avery a year ago while he was on a trip around the USA. Mark writes a daily blog about UK nature conservation issues.