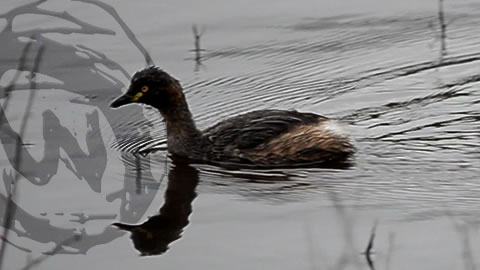 This cute little guy was as fast as a the duck-bill platypus, diving with an almost same ritual and diving to escape danger rather than take flight. Unusual is also the ability to take flight during the night (I suppose during clear celestial nights or moon nights). They use their lobed feet during underwaterswimming rather than the use of their wings and like the platypus they also refrain to come or walk on dry land.