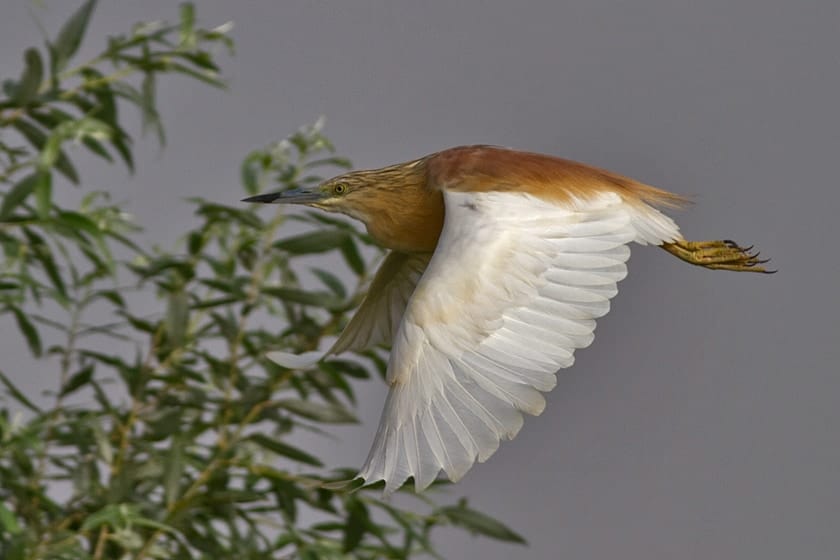 Lucia and I travelled through the flooded rice fields of La Janda early yesterday morning. She asked me if we could have a couple of hours photography. Although I encourage her and her sister about wildlife, I don’t drag the kids around rubbish tips or sewage farms or to gull roosts but rather respond to their enthusiasm about wildlife photography and off we go.

We took the Vejer end entrance into la Janda along the main collector canal track, then turned left over the bridge along the wooded avenue that leads over the bridge towards Benalup. This huge site of the vast ancient laguna of La Janda is now a massive agricultural area and is left deliberately drained in winter to make it easier for rice planting in May. Only then do the fields turn green again so it limits drastically the number of breeding wetland species. Taking in all the sights and smells from the Cattle Egret nesting colony, we travelled the avenue and found that there were at least two nesting pairs of Squacco Herons in amongst hundreds of egrets and the ten or so pairs of Glossy Ibis that chose to nest there this year.

It’s such a remarkable sight to see breeding Squacco’s in this area as we were already delighted with the Glossy Ibis nesting there for the first time. The unusually dry winter and spring has left the wetlands of the Coto Doñana and other traditional nesting areas parched. If only one small part of La Janda could be managed properly and returned properly, it would be one of the best migration stopping off places and breeding areas for many species of birds and other creatures. Squacco Herons are always special birds to watch and to have them breeding on your own doorstep is something quite special.

Glossy as ever – the ever expanding bird that numbered but ony a few pairs in Spain and Portugal when we first decided to live here eleven years ago. From ten pairs over in the Coto Doñana in 2001 they have virtually exploded in population terms to around fifteen thousand today.

There are plenty of rabbits along the road to Benalup and now that the old tarred road at the Benalup end has been repaired, traffic can move quicker. The downside is that not only rabbits get killed but Red-necked Nightjars, Little and Tawny Owls as well as Moorhens are also victims. On the other hand Black Kites, Egyptian Vultures, Weasels and Rats capitalise on this quite well.