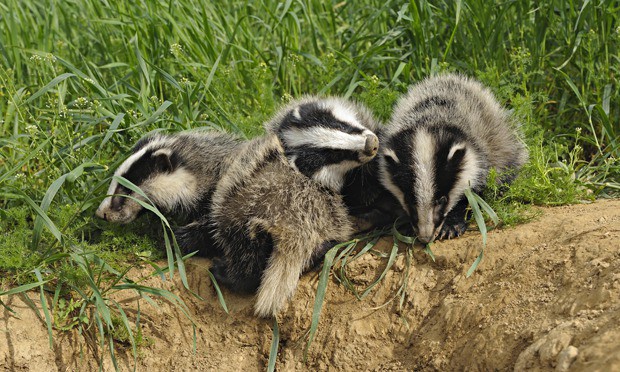 The first of two controversial badger culls in England cost £3,350 for every badger killed.

Official figures show that the pilots cost the taxpayer £6.3m in their first year, during which 1,879 badgers were killed in Gloucestershire and Somerset.

The Government said the costs were high due to monitoring of the humaneness and efficacy of the culls, with £2.6m spent on humaneness monitoring, including post-mortem examinations, while £2.3m was spent on assessing efficacy.

Anti-cull campaigners said the figures did not include the costs of policing, which they said were £3.5m – bringing the total cost per badger to more than £5,200.

Dominic Dyer, of the Badger Trust said: “If every badger killed last year cost the taxpayer £3,000, that would be a horrendous waste of money on a policy that leading scientists say won’t work. But the reality is that every badger killed actually cost £5,200 – and that is simply beyond belief.”

An independent expert panel concluded that “controlled shooting” of free-running badgers was not effective or humane, and wildlife campaigners have raised concerns that monitoring by the panel has not resumed for the second year of the cull.

Ministers and farmers insist culling is necessary to address tuberculosis in livestock, which can catch the disease from badgers.

But opponents say badger-culling is inhumane and ineffective, and alternatives such as vaccination should be pursued.

A spokeswoman for the Department for Environment, Food & Rural Affairs (Defra) said: “The cost of the badger culls needs to be seen in the context of the devastating scale of the threat bovine TB poses to our farming industry and food security – £500 million over the last decade. Doing nothing is not an option.

“We are pursuing a comprehensive strategy, including tighter cattle movement controls, badger vaccination and culling. Many of the costs associated with the pilot culls last year were one-offs and have not been repeated this year.”

This article was first published by The Guardian on 14 Nov 2014.