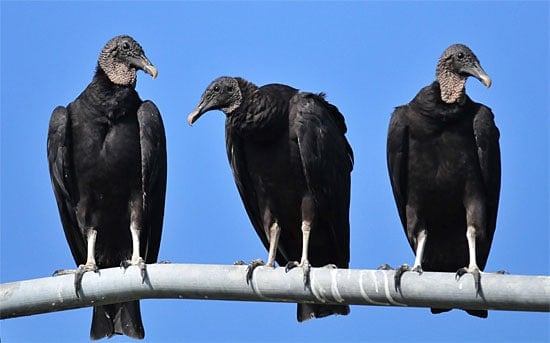 As warmer winter temperatures become more common, one way for some animals to adjust is to shift their ranges northward. But a new study of 59 North American bird species indicates that doing so is not easy or quick—it took about 35 years for many birds to move far enough north for winter temperatures to match where they historically lived.

“This is a problem, because birds are among the most mobile of animals and yet they take decades to respond to warming,” said Frank La Sorte, a postdoctoral researcher at the Cornell Lab of Ornithology and lead author of the study, which was published online by the Journal of Animal Ecology this month. “Climatic conditions are steadily moving northward, whether particular animals come along or not. As conservation biologists we need to know how well animals are keeping up.”

Earlier studies of responses to climate change examined shifts in species’ geographic ranges. “Our work adds important realism and a temporal dimension to these models for a critical aspect of climate: minimum winter temperature,” said coauthor Walter Jetz of Yale University, where the research was conducted.

The researchers used 35 years of data from the North American Christmas Bird Count to match winter temperatures to where birds were seen. They tested 59 bird species individually and found that they responded differently to climate change. When summarized across bird species, there was evidence for a strong delay lasting about 35 years.

For example, Black Vultures have spread northward in the last 35 years and now winter as far north as Massachusetts, where minimum winter temperature is similar to what it was in Baltimore, Maryland, in 1975. On the other hand, the endangered Red-cockaded Woodpecker did not alter its range at all despite the warming trend, possibly because its very specific habitat requirements precluded a range shift.

Both of these scenarios could represent problems for birds, La Sorte said. Species that do not track changes in climate may wind up at the limits of their physiological tolerance, or they may lose important habitat qualities, such as favored food types, as those species pass them by. But they also can’t move their ranges too fast if the habitat conditions they depend on also tend to lag behind climate.

When you think about it, it makes sense that species move slower than the rate at which climate is changing,” La Sorte said. “They’re not just tracking temperature—many of them need to follow a prey base, a type of vegetation, or they need certain kinds of habitat that will create corridors for movement.”

Variability in climate warming is likely to affect how species respond, too, La Sorte said. If warming trends weaken, as they did over the past few years, birds may be able to catch up. But accelerated warming, which is likely as global carbon emissions continue to increase, may put additional strain on birds. The study highlights these challenges and the high potential climate change has for disrupting natural systems. It also underscores the challenges ecologists face in predicting the long-term consequences of climate change for many species simultaneously.

The study was supported by National Science Foundation awards DEB 1026764 and DBI 0960550 to Walter Jetz of Yale University.