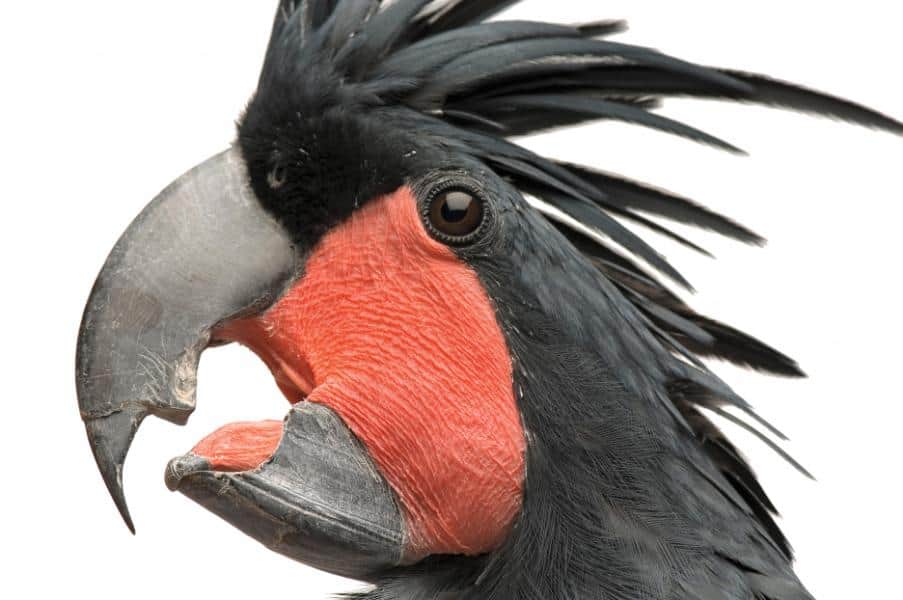 Indonesian authorities arrest a bird smuggler traveling through the island of Sumatra by bus, saving more than 20 rare birds—including the palm cockatoo—from becoming victims of the illegal wildlife trade.

Authorities in Indonesia have arrested a smuggler using a public bus to transport a veritable aviary of rare birds for the illegal pet trade. The arrest was carried out by the Natural Resources Conservation Agency (BKSDA) in Lampung, Sumatra on December 11, 2011, and resulted in the confiscation of more than 20 protected birds, including cockatoos, parrots, peafowl, birds of paradise, and other species. The enforcement operation was a joint collaboration between the BKSDA, WCS’s Wildlife Crime Unit, and the Anti Wildlife Trade Forum.

While the smuggler traveled from the capital city of Jakarta to Medan in northern Sumatra, officials from BKSDA and the Wildlife Crime Unit were tracking him from Bakauheni Seaport on the Sunda Strait. The waterway, a main transit route between the islands of Sumatra and Java, is also a major smuggling route for ferries transporting illegal wildlife.

“We believe that protected wildlife from eastern Indonesia is currently being smuggled abroad via Medan,” said Mr. Ir. Darori, the Director General of Forest Protection and Nature Conservation for the Indonesian Ministry of Forestry. “The smugglers are trying to find alternative routes since both the seaport and airport in Jakarta are strongly monitored and protected by our officers.”

The confiscated birds—stowed on the bus in several baskets and cages—included endangered green peafowls and chattering lories, a species classified as vulnerable. The enforcement team also recovered palm cockatoos and lesser birds of paradise, both listed as priority species by the Ministry of Forestry. Along with habitat destruction and conversion, the domestic and international pet trade is one of the major threats to bird populations in Indonesia.

Dr. Noviar Andayani, WCS Indonesia Country Director, saw the case as indicative of how serious the illegal wildlife trade has become. “As the smugglers have become more innovative in their approaches,” he said, “it is important for all levels of society to collaborate in the fight against illegal wildlife trade.”

WCS created the Wildlife Crimes Unit in 2003 for the purpose of providing data and technical advice to law enforcement agencies in the investigation and prosecution of wildlife crimes. The unit also works to raise community awareness of prohibitions against wildlife trade. This work is supported by the Multinational Species Conservation Fund of the United States Fish and Wildlife Service.