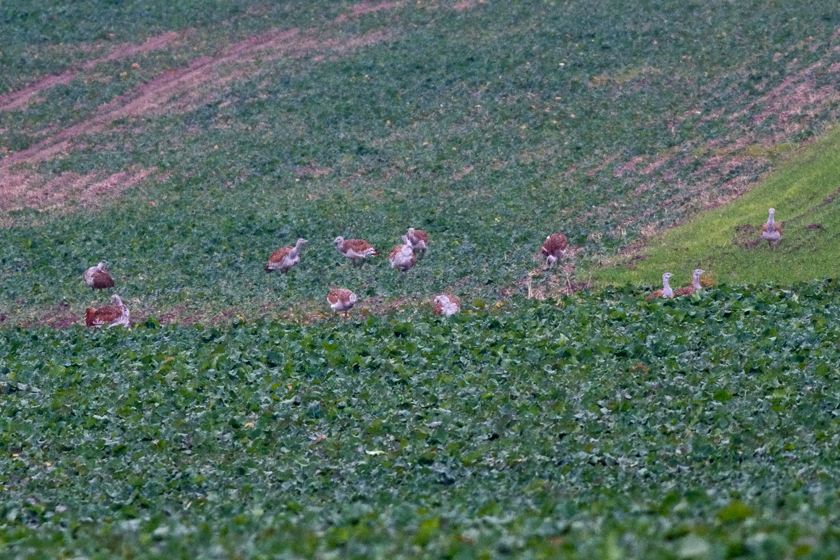 What can I say about the delights of such a rich area. The sights and sounds of this part of Germany are truly amazing at this time of the year with the arrival of hundreds of thousands of geese and cranes.

Leaving the wildlife aside for a moment I was reminded how lovely the autumnal colours were, especially in such a rich forested area.

The ancient Beeches and mixed pine and deciduous woodlands are very special and it’s fantastic that so many ex-military areas of the old Soviet block have been turned into nature reserves.

Limosa Holidays in cooperation with The Travelling Naturalist, both companies from the UK, will be running two tours to this area in 2013. One will be in March and the other in October.

Travelling with Roger White showed me what a passion he has for this area and with over a dozen or so visits to the area he was a great companion and showed me some excellent birding areas that were also packed with other wildlife. A huge thanks goes to him for his time, super birding skills and great company!

I hope that the book will grow to becoming a huge success and that this recce will result in many future tours to promote this as yet, unknown part of central Europe.

The sight and sound of thousands of Cranes and geese coming into roost in the late afternoon was awsome. The previous day 60,000 Cranes had been counted at this roost at Linum ponds which lie 50 km west of Berlin. In addition there were over 20,000 Bean, White-fronted and Greylag Geese, and 50 Great Egrets. This unforgettable spectacle was witnessed by Stephen Daly and Roger White who were doing a ‘recce’ for Travelling Naturalist and Limosa holidays prior to the planned Spring and Autumn visits in 2013. Earlier in the day they had been watching over 40 Great Bustards feeding in rape fields. Hundreds of Golden Plover, and thousands of Lapwings were nearby.

Common Buzzards, Hen Harriers anda Merlin were seen from the excellent tower hide near Buckow.The following day a visit to Gülper See was rewarded by the first of 7 White-tailed Eagles and superb views of Rough-legged Buzzards, a Goshawk and more Hen Harriers. This lake is one of the birding ‘meccas’ in Brandenburg. As well as geese, there were eleven duck species including Red-crested Pochard and an early Smew. On the way to the old Hanseatic hill town of Havelberg Great Grey Shrikes were seen along the roadside. The smaller reed fringed lake of Strengsee also has a good hide.and small flocks of Bearded Tits showed well and Whooper Swans and duck were on the water. Passerines were abundant in the fields with good numbers of Tree Sparrows, Bramblings, Corn Buntings and Yellowhammers. More time spent in the woodlands might have revealed Middle Spotted Woodpeckers but we did find a Black Woodpecker, and it was particularly nice to find both Willow and Marsh Tits. In all we counted over 80 species in the three days.

The area is almost unknown to British Birdwatchers, but we were able to confirm that it is a superb venue for a short visit in March or October. 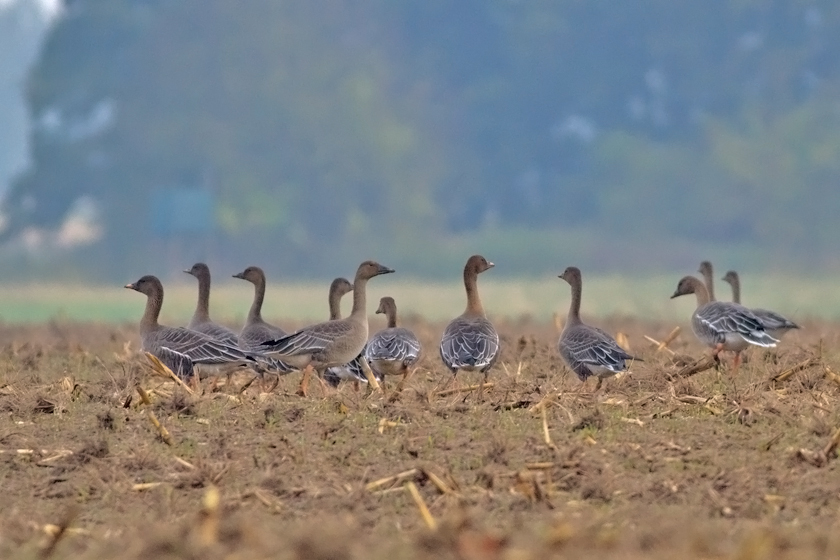 9.30 at the lake. Great Egrets, BH, Common and Herring Gull. Tree Sparrows. Headed east towards Ferchesar. Stopped by the lake at 1000. Not much on the water, but Golcrest and Marsh Tit in the pines, and Redpolls flew over.

On to Buckow, via Nennhausen. A short stop in the side road just after crossing the railway bridge, where there were 6 Buzzards and scattered Lapwings., meeting Torsten Ryslavy at the Great Bustard protection centre. Torsten took us to the main tower hide where we saw 3 Hen Harriers. Common Buzzards around – some very pale, but surprisingly, no Rough-legged Buzzards here.

We drove through the villages near the park area and found36 Great Bustards (33 females) feeding in the field west of the L99 just south of Buschow.

We continued on through Retzow, then left at the T junction on road 5 towards Hamburg. On the right just before the Haage turn there was a flock of ca 2000 Lapwings and 200 Golden Plover. On the other side of the road were 12 Male Great Bustards.

Continuing south through Haage, and along narrow roads, and Plattenweg, across the canal and reached a road, where we turned right towards Liepe. New Restaurant noted. Lot of Cranes about. Back to Buckow, and then to the forest at Nennhausen – the woodpecker site.

This area of woodland has some good mature trees. There is a good pull-in on the left about 200 m before the ‘leaving Nennhausen’ sign.

Here we saw and heard Marsh Tit and GS Woodpecker, but during our short walk no Black or MS Woodpeckers. On the way we had an abortive attempt to find the sewage farm ponds at Nauen. Should have turned left off the road after passing the Kranich beobachtungspunkt (Crane hide) at Uterhorst.

Next stop Linum ponds for the Crane roost, arriving at 1700. Geese and Cranes were already arriving as we parked at the ponds.

Amazing noise. 60,000 Cranes had been counted the previous day. 50 Great Egrets had already arrived. Walked the circuit around the main ponds. It was quite a long trip back to Semlin, about one hour, via Rathenow.

Left the hotel at 0900 through Parey to Gülpe See via Große Graben Niederung. There were mainly Greylags in the fields. Yellowhammers, Reed and Corn Buntings kept them company.

0945 at the hide near the Hugel. Here it was disappointingly quiet – just a distant Buzzard and Great Egrets. Left there at 1015 – still no raptors until the approach to Gülpe where there was a Rough-legged Buzzard at last. Misty view of the lake from the main hide. Variety of duck here including a Redhead Smew. A Goshawk flew in. nearby. There were two WT Eagles on the left in trees. One gave great views as it flew past us in front of the hide. Lot of small birds in the woodland here (as usual) They included Crested Tit, Marsh Tit, Willow Tit, Bramblings. Left the hide at 1300. Went round to north bank of the lake. 3 RL Buzzards, Fieldfares. Stopped at the Pump house for lunch. Looked at the Beaver Lodge here. Torsten had told us this was a LS Woodpecker site. (Racoon road kill on the main road).

Headed for Strodhene, but took a wrong turn which took us across the fields back to the Beaver channel. The compensation was excellent views of 2 RL Buzzards, and a large flock of Corn Buntings. Went down to the mill via Strodhene at 1500. Little to see here. Crossed the river towards Havelberg.

Hen Harrier and two Great Grey Shrikes on the way, seen from the car. Short walk in Havelberg down to the river. Back to the hide on the way back, but dry and little to see apart from a White-tailed Eagle (Number 7) and the predicted GG Shrike! Left here at 1645. 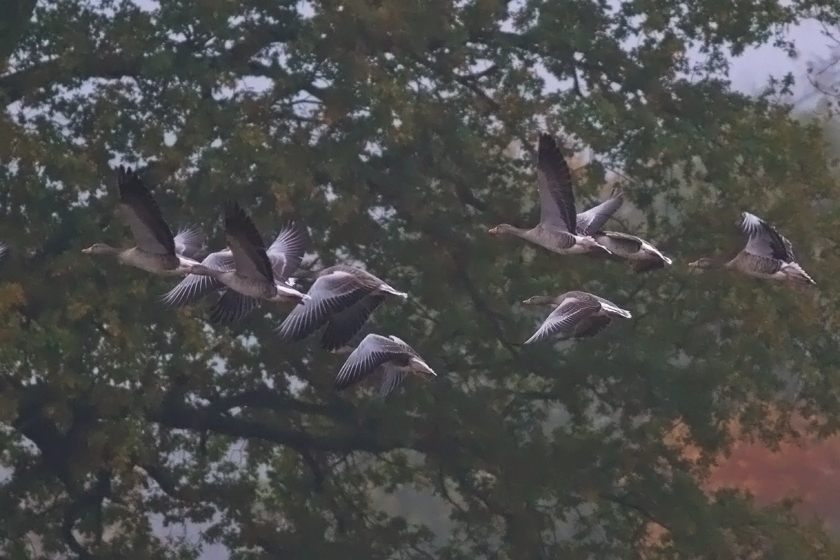 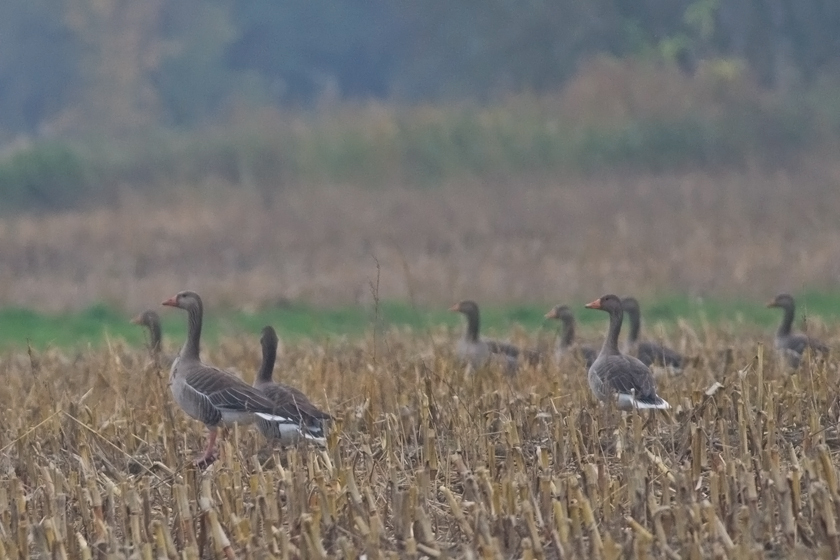 Left here at 1100, heading for Poland. 1210 turned off for Seelow. slight sun at last. Hotel (the Brandenburger Hof) was fully booked. Left Semlin at 1315 for Poland, stopping at the Seelow Heights museum. The to the Wartha Park then we stopped at Czarnow Tower. Here we watched Hen Harrier and Rough-Legged Buzzard later driving ion the interior and on to Slonsk.

The flat, often flooded meadows gave us Greylags, Common and Rough-Legged Buzzards. Wigeon, Greylags. Left at 1530 and crossed the border at Slubice and stayed at the Park Hotel, Frankfurt. 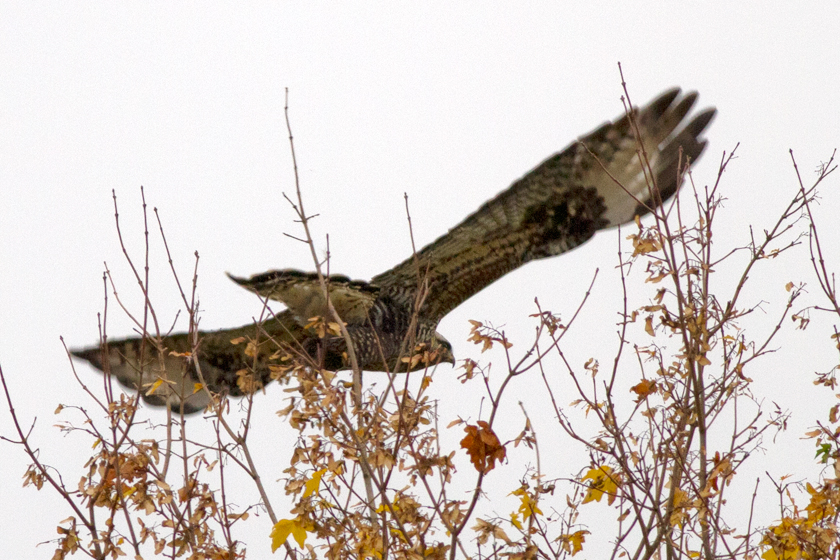 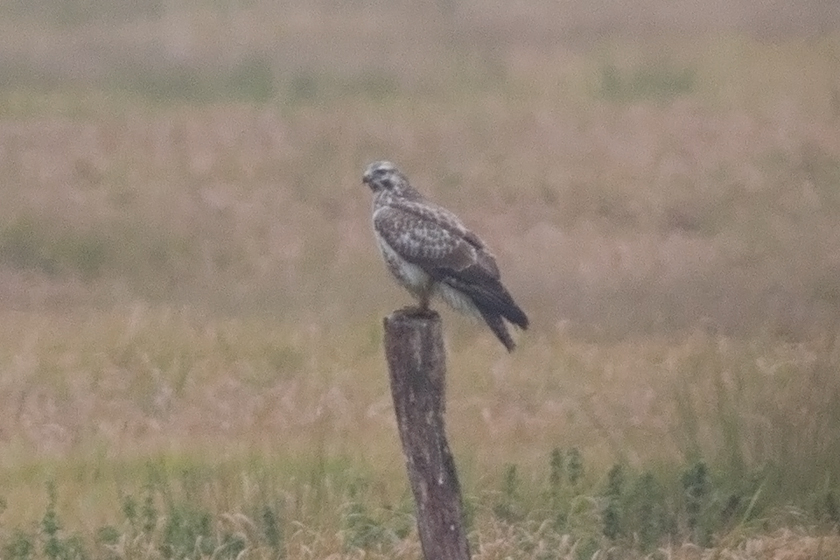 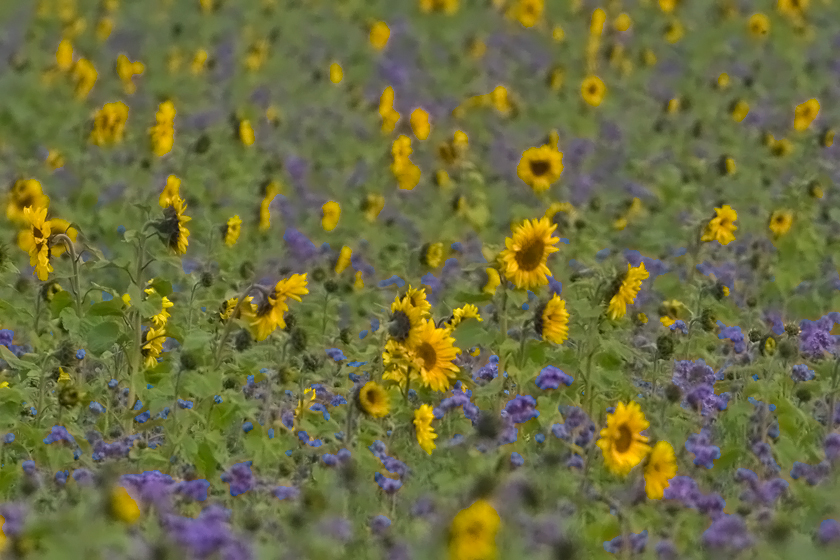 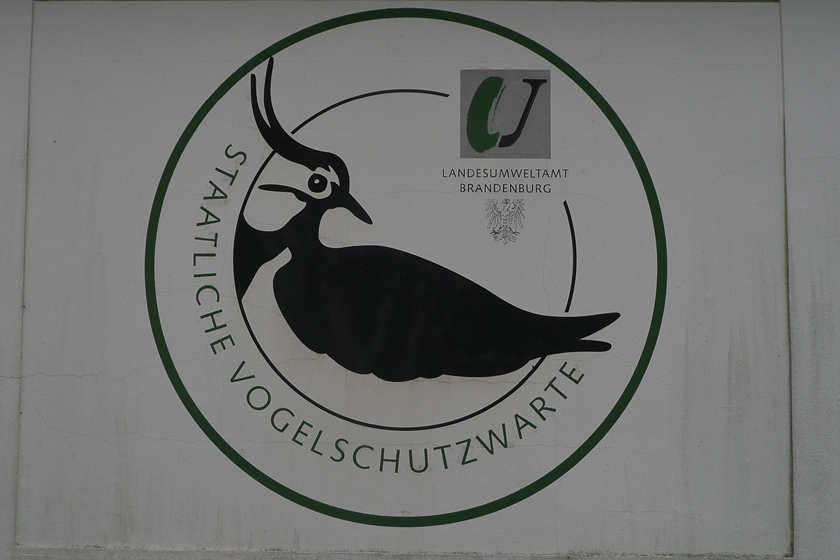 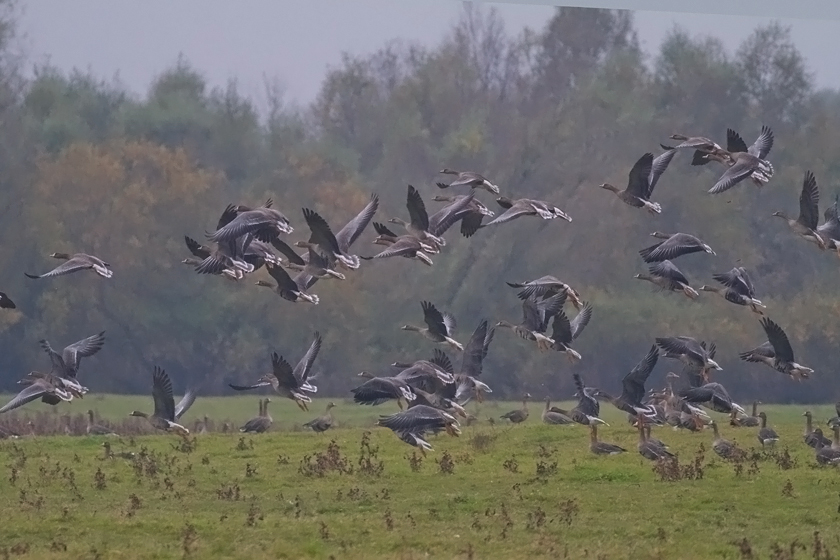 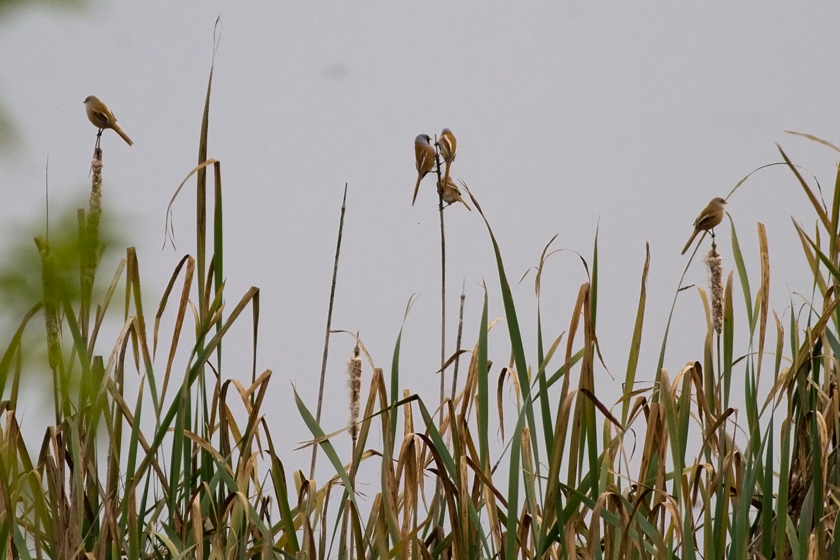 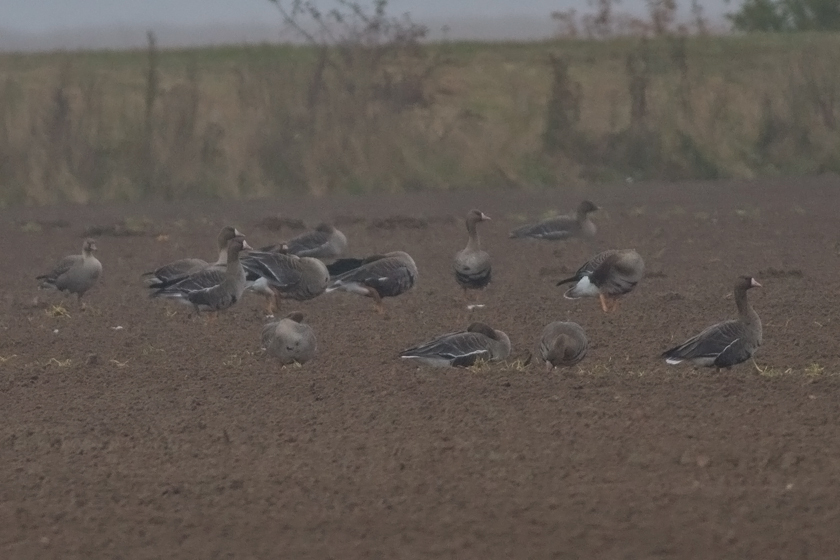 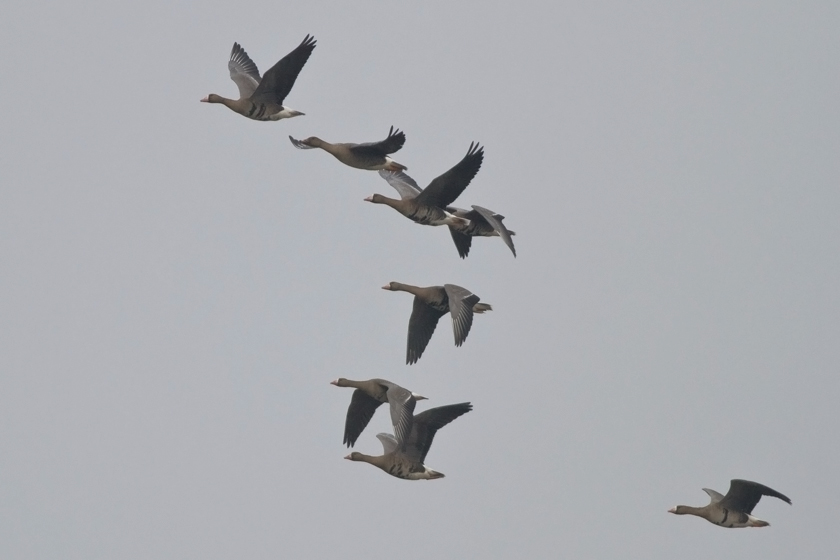 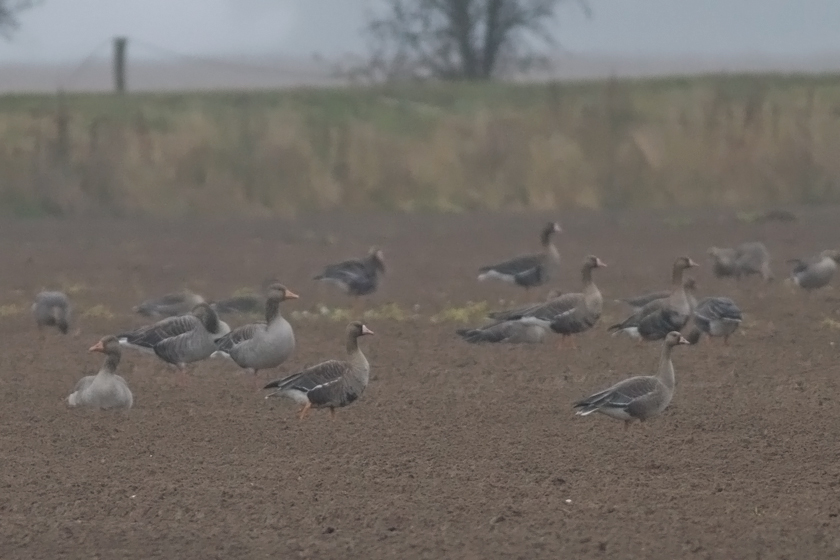 If you’d like to read more about the birds of Brandenburg, then pick up a copy of Roger White’s excellent book published this year entitled ‘A Birdwatching Guide to Brandenburg and Berlin’ISBN 978-0-9571695-0-0.You can find it on-line here It’s full of excellent site descriptions, very well produced site location maps and lots more information. A good map to buy would be one produced by Falk entitledBerlinISBN 3-8279-1504-XYou can find this map here 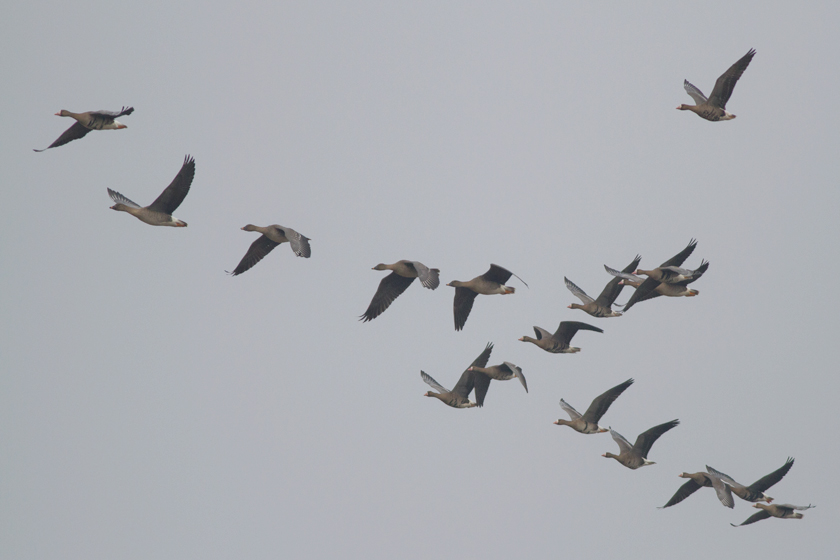 Limosa Holidays in cooperation with The Travelling Naturalist, both companies from the UK, will be running tow tours to this area in 2013. One will be in March and the other in October

Black Woodpecker flew across in front on the way to Berlin. Stopped briefly at Großer Müggelsee but not much to see. Three rafts of duck were too far away to identify. GC Grebes. Apparently there was RN, BN and Slavonian Grebe plus Black-throated Diver there the following day!

Geese. Large numbers everywhere, mostly Bean Geese, feeding in the fields, on the water at the lakes and ponds or flying over. The roost at Linum must have contained over 10,000.

Great Bustard – 48 seen. In two flocks in the Buckow area

Kingfisher – 1 on the canal near Liepe 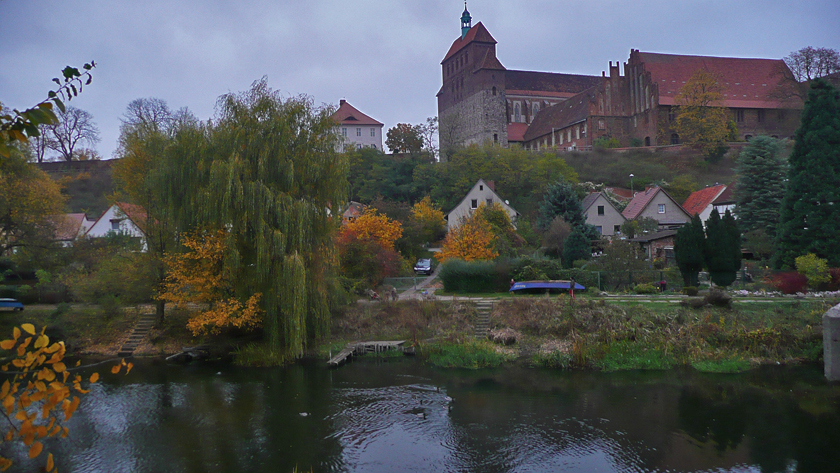