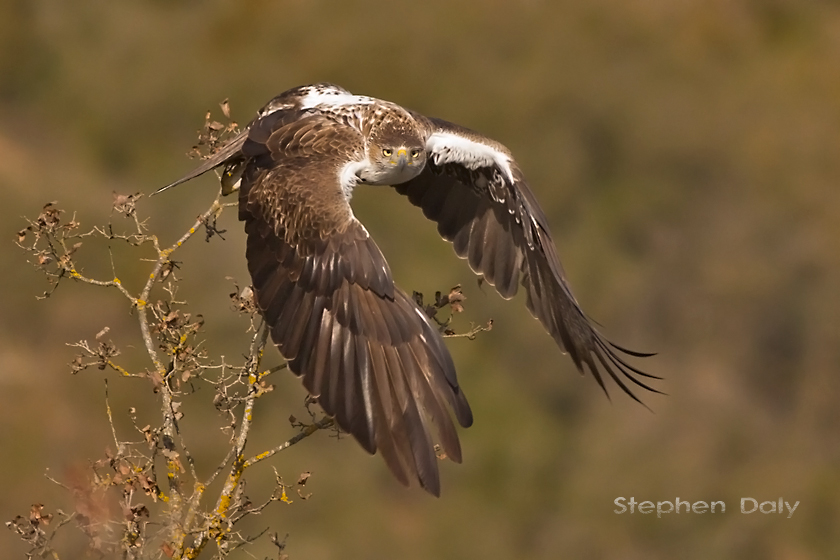 The Bonelli’s Eagle (Aquila fasciata) is one of my favourite raptors and I recently had the opportunity of watching and photographing of this lovely adult male. At this time of the year in Andalucia females are incubating eggs and males play their part by bringing food to their mates as she waitspatiently for the chicks to emerge. The female lays one or two eggs and incubation takes around 38 days. Although it’s often stated in field guides that both sexes take turns incubating the eggs, the female spends about 90% of the time on the nest during this time.

Nest building takes place every year on the same site and consequently nests can get really large. One of our local Bonelli’s Eagle nest sites was originally the site of the last Lammergeier’s nest and was probably the most southerly Lammergeier’s nest on the European mainland! Generations of Bonelli’s Eagles built it so high that it collapsed and broke into two stacks. Now they have chose the most secure stack to continue breeding. 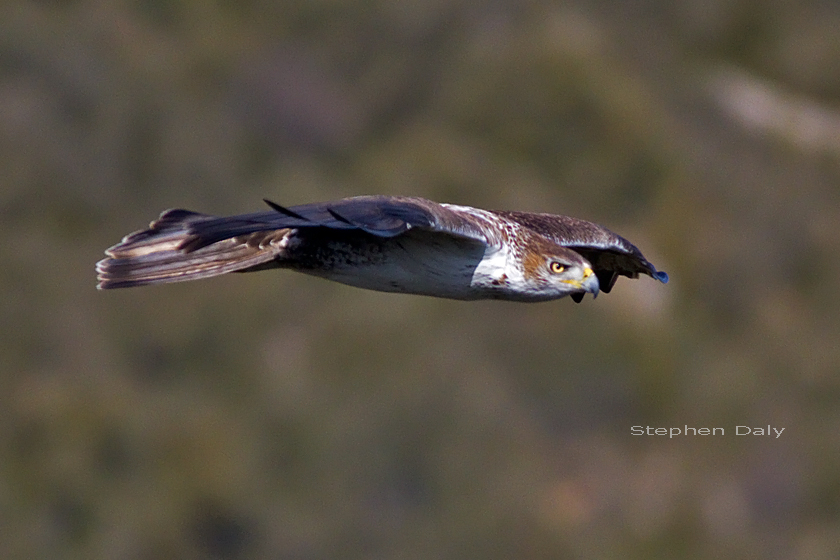 Bonelli’s Eagles hunt by watching for prey from a perch, quartering hills and flat ground, or by swooping down from the air. Most of their food is taken on the ground, but they can catch birds midflight. 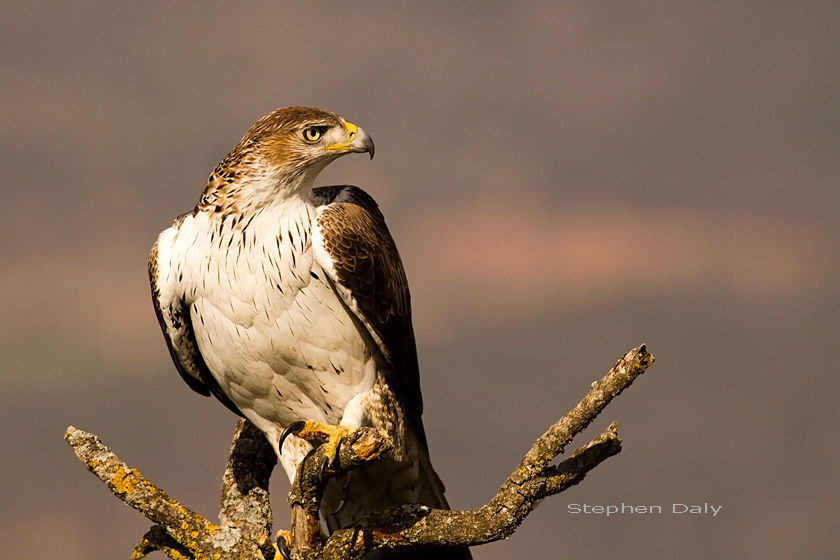 Bonelli’s Eagles take a wide range of prey including many birds like duck, Red-legged Partridge and also mammals up to the size of an adult Hare. Sadly in southern Spain they are still persecuted where pheasant and partridge breeding takes place for hunting just as it is on Red Grouse moors with harrier persecution in the UK. 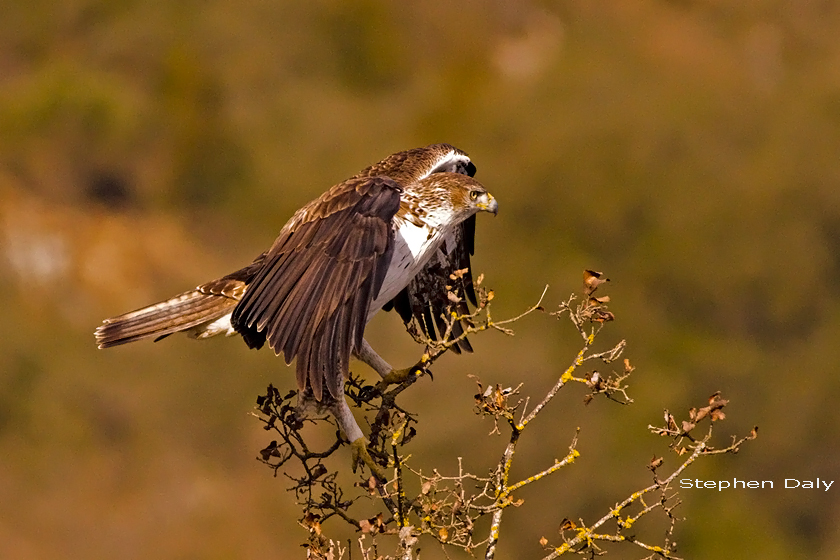 Most of the western European population is in Spain and in 2004 Bird Life International estimated the population here to be between 920 and 1,000 breeding pairs. 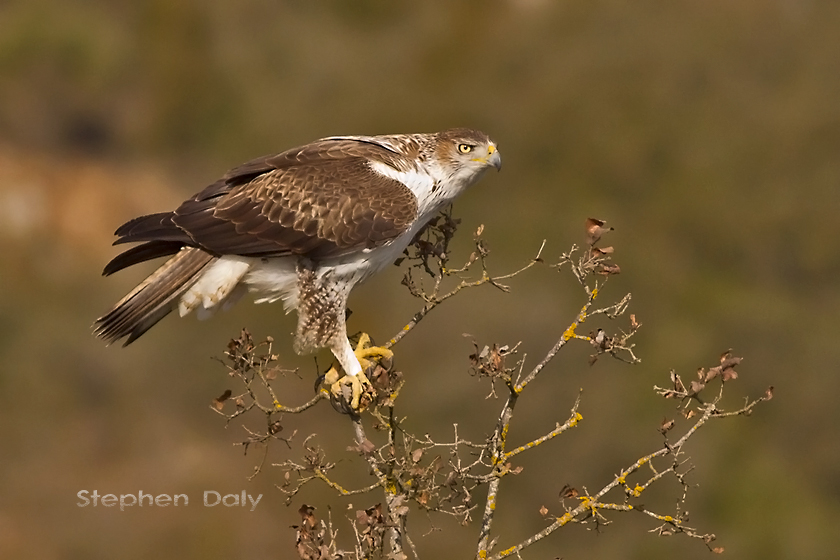 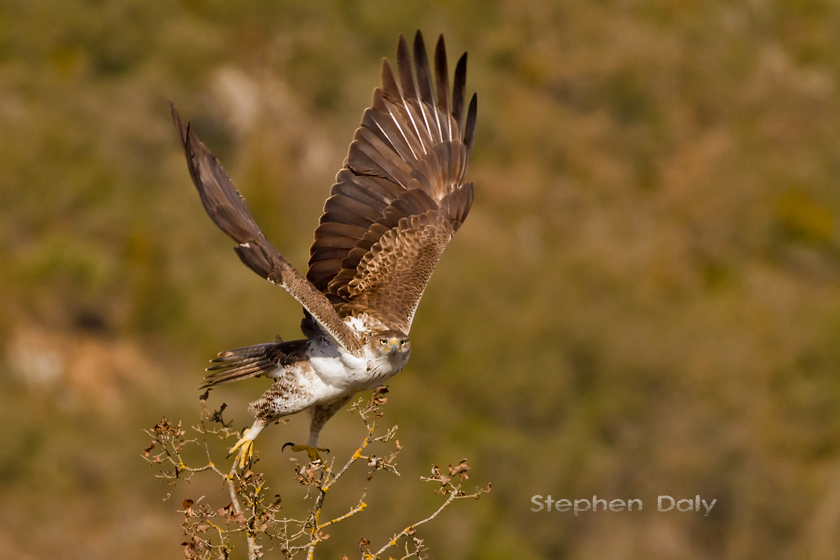 These eagles have quite rounded wings that are not very long but are extremely powerful flyers. They are also equipped with large almost oversized looking talons that grip and kill very efficiently. 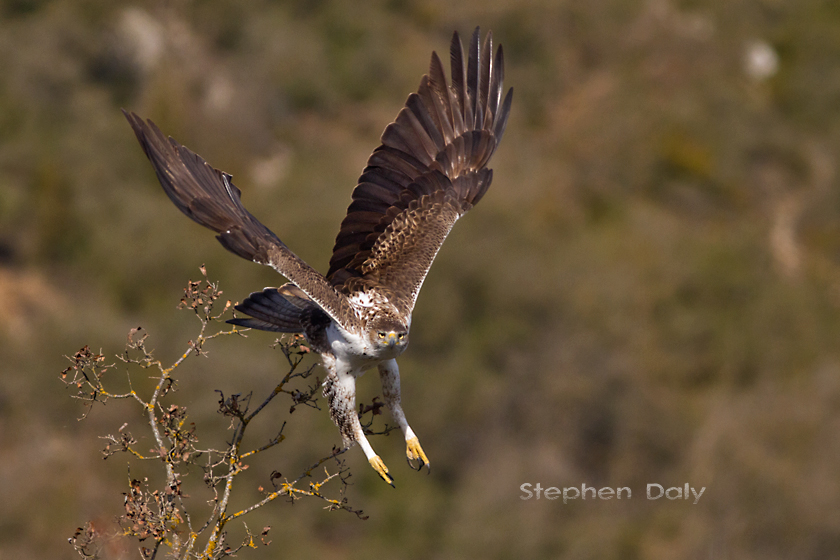 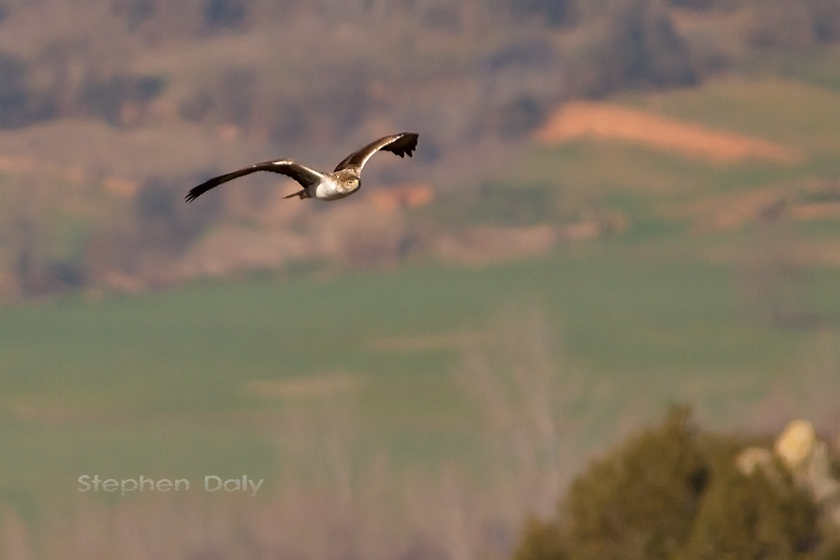 With excellent eyesight they can wheel around their territory with ease often using the currents and updraughts from cliff faces to send them higher. 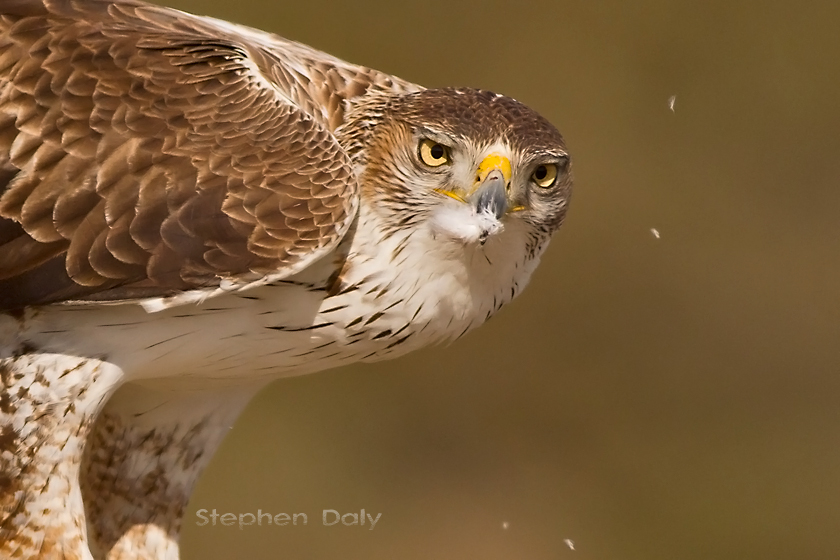 Birds in the wild can live up to 35 years of age.