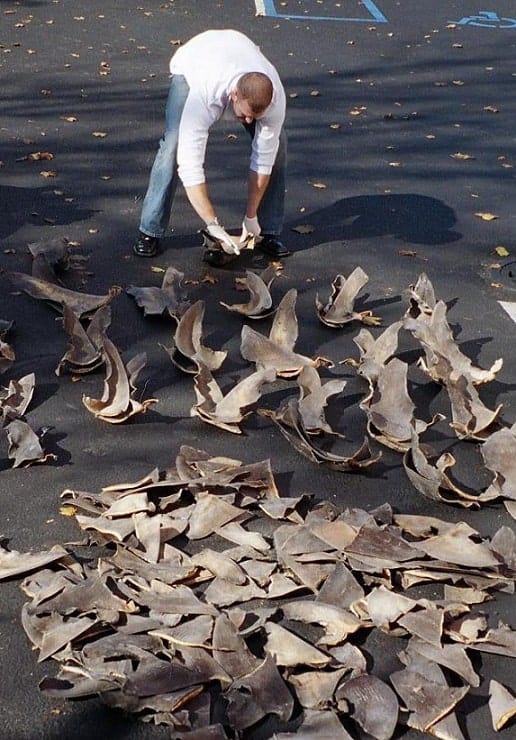 We have some big news for you –Brunei has become the first Asian country to adopt a nationwide shark fin ban! With his June 7 announcement, Sultan Hossanal Bolkiah’s decree officially banned the catch and landing of all shark species from the waters of Brunei Darussalam, as well as shark fin sales in the domestic market, and the importation and trade of shark products.

“We applaud Brunei officials for taking this step as the first Asian country to ban shark fishing and the fin trade. This paves the way for other countries to step up for sharks,” Oceana Marine Scientist Amanda Keledjian explained.

The continent of Asia is the largest market for shark fins in the world, and Brunei’s decision to ban shark fins is a huge step towards regional change across Asia. Conservation groups around the world have their fingers crossed that this victory will inspire more countries in Asia, and especially China, to ban the sale and trade of shark fins. Today, China is the world’s largest consumer of shark fin soup, but the government has already taken steps to stop serving the delicacy.

Shark finning is a brutal practice – the shark is hauled onto a boat, its fins are sliced off, and the shark is thrown back into the ocean, often still alive, to drown or bleed to death. Since shark meat is less desirable compared with other fish and the bodies take up precious cargo space, sharks are finned around the world and their meat is discarded. This cruel practice is also incredibly wasteful; shark finning only utilizes one to fivepercent of the shark’s body weight.

Approximately100 million sharks are killed each year, primarily to support the demand for shark fin soup. Tens of millions of sharks are needlessly slaughtered each year, all for a tasteless product that translates to “fish wing” and adds no nutritional value to the broth. At the rate of one hundred million sharks killed every year, humans will wipe sharks out entirely in the coming decades if we don’t change something.

Brunei’s decision to ban both shark fishing and the sale, trade, and import of shark fins is a strong, definitive stand against shark slaughter, and one that has not been fully achieved in many countries, including the U.S. “It is important that the ban prohibits both shark fishing and the trade and import of processed shark fins nationwide – something we have not yet been able to accomplish in the United States,” Keledjian stated. Shark fin bans vary around the world, from complete bans on shark fishing and shark fin sales, to domestic and regional regulations wrought with problematic exemptions.

Oceana urges all countries around the world to follow Brunei’s excellent example and adopt a complete ban on shark fishing and shark fin products. One by one, every country, no matter how small, can add up to give sharks a real chance, and a future, as Keledjian explained: “While shark fins are still harvested, processed, and traded on a monumental scale around the world, every country closing its doors on this cruel practice means a better future for sharks in our oceans.”