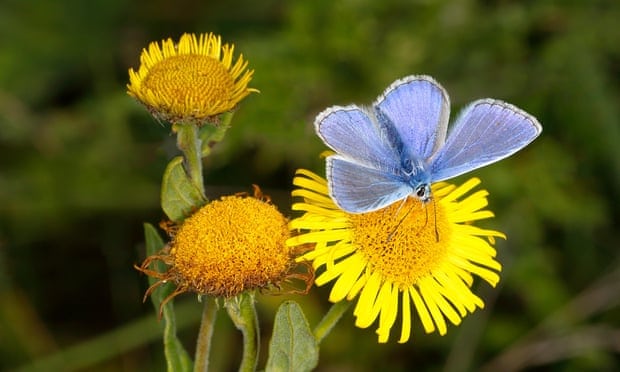 Butterflies have declined by at least 84% in the Netherlands over the last 130 years, according to a study, confirming the crisis affecting insect populations in western Europe.

Researchers analysed 120,000 butterflies caught by collectors between 1890 and 1980 as well as more recent scientific data from more than 2 million sightings to identify dramatic declines in the country’s 71 native butterfly species, 15 of which have become extinct over the last century.

“We are quite sure that the real decline must be much larger,” said Chris van Swaay, of Dutch Butterfly Conservation and one of the co-authors of the study.

The research follows warnings of catastrophic insect declines after a global review calculated that the total mass of insects was falling by 2.5% each year, and a German study found average flying insect abundance had declined by 76% over 27 years.

Since the scientific monitoring of British butterflies began in 1976, there has been a 77% decline in “habitat specialists”, which are found only in certain areas, such as woodland or chalk grassland, while populations of more common species found across the countryside have fallen by 46%.

Although no British species have become extinct since 1979, conservationists are concerned about the potential disappearance of once-abundant species’, including the small tortoiseshell (down 75%) and the white-letter hairstreak (93% since the 1970s).

Measurements of declines in wildlife usually begin from when the collection of scientific data began in the 1970s but Van Swaay said their study showed the dangers of “shifting baseline syndrome”, where declines are only identified from a point where species are already extremely depleted.

Historic collections point to a drastic decline in butterflies before “scientific” measuring began, although Van Swaay said even those old collections did not fully reveal the dramatic declines because common species of butterfly were not sought out by collectors.

According to Van Swaay, the main reason for the declines in the Netherlands was modern industrial farming – as carried out across the lowlands of western Europe – which left little space for nature.

“Before 1950 or so, grasslands in the Netherlands very much resembled what we now only have left in some nature reserves – they were wet, they had lots of flowers, were lightly grazed and mown only once or twice a year. This was very low-intensity farming.

“In two decades after the 1950s, the countryside was rebuilt – land was drained and planted with one species of grass, large amounts of fertiliser was put on the land, and it was mown six times a year. There is no room for butterflies except on road verges and nature reserves. The countryside is more or less empty.”

Species to have vanished entirely from the Netherlands include the marsh fritillary, the black-veined white and the large blue.

“We made a bigger mess of it [than Britain],” said Van Swaay. Over a similar period in Britain, five species became extinct but one, the large blue, had been successfully reintroduced using caterpillars from Sweden.

The Netherlands held on to one species, the large copper, which became extinct in Britain. According to Van Swaay, the number of large coppers had increased in recent years because global warming had helped the butterfly, which is at the northerly limit of its natural range.

Similarly, wood-edge butterflies, such as the purple emperor and silver-washed fritillary, were expanding their range in the Netherlands because of bothwarming and a revival in traditional woodland management, such as coppicing, which lets sunlight into woodlands. Both species are also doing well in Britain.

According to Van Swaay, the study, published in Biological Conservation, confirms that “industrial agriculture is simply leaving hardly any room for nature” across the EU and in developed nations such as the US.

He said: “These are butterflies which are easy to see but this will also be happening to all kinds of other insects and animal life in the soil. It’s also happening to farmland birds who eat insects. It goes all the way up the chain from insects to birds to predators.”

Over the next two years, the EU must devise a new common agricultural policy, which conservationists say has contradictory incentives to both destroy and enhance wildlife.

Van Swaay said: “There are big farm organisations who want to continue with how they have done it so far, but there is a growing group of farmers who want a different view on this, and there are politicians who want to change to a Europe with more room for nature and biodiversity.”