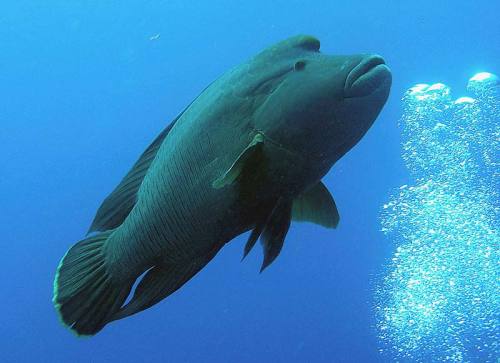 TRAFFIC is advising consumers to be especially vigilant in the lead up to Chinese New Year to minimise their consumption of threatened wildlife species.

“During Chinese New Year, friends and families gather to celebrate and exchange gifts, but some of the wildlife products consumed at this time are from highly threatened species, and we urge revellers to avoid the eating or giving of such items,” said Dr Jianbin Shi, Head of TRAFFIC’s China programme.

Of particular concern are items including shark’s fin and live reef fish, such as Humphead Wrasse, both traditionally served at banquets, while items made of ivory and Hawksbill Turtle shell are sometimes proffered as luxury gifts to demonstrate prestige in social settings.

All marine turtle species are fully protected in China, making consumption of meat, medicinal or shell products illegal. Although not banned, the widespread consumption of shark’s fin in Asia has led to the decline of many shark species in the wild. Ivory items in China can only be bought legally from registered outlets with regulations requiring specific permits to accompany each and every item.

“We urge consumers to be cautious—who wants to spoil what should be a joyous New Year celebration by facing the consequences of participating in illegal or unsustainable consumption?” said Dr Shi.

Some wildlife products traditionally consumed during the New Year Festivities include:

* Abalone—this prized seafood delicacy may be popular, but stocks have plummeted especially in South Africa, a major supplier of abalone to East Asia, where Hong Kong is the main importer. Continued illegal harvesting and trade are having a severe impact on abalone populations, resulting in the closure of legal fisheries and the loss of hundreds of jobs. Before purchasing abalone, ask your supplier to demonstrate that it has been legally sourced.

* Shark’s fin—soup made from shark’s fin is a traditional Chinese delicacy served at important occasions. Tens of millions of sharks are killed each year, placing severe pressures on slow-growing and vulnerable shark populations and leaving some species in danger of decline past critical levels. Finning, which involves cutting the fins off and often throwing the rest of the shark back into the sea—often still alive—is widely practiced.

*Sea cucumber—For centuries, sea cucumbers have been a popular food in East Asia. However, sea cucumbers are easily overharvested and are predominantly sourced from developing countries with little or no management in place. In Ecuador, for example, over-exploitation of one species, Isostichopus fuscus, threatens the unique ecosystem of the Galapagos Islands. * Facai moss (Flagelliform nostoc)—This black, hair-like moss has for centuries been eaten in soups and a variety of dishes in the belief that it will increase the wealth of those who eat it. But the over-harvesting of “facai” has turned millions of acres of grasslands in China into desert and its sale in the country was outlawed in 2000.

* Health tonics are frequently consumed during Chinese New Year, but be very wary as they may contain fully protected and/or endangered species such as wild ginseng, Asian freshwater turtles, seahorses, saiga antelope, pangolins, geckos and even Tiger parts.

During the Year of the Dragon, which runs from 23rd January 2012 until 9th February 2013, China’s newly established interagency CITES Enforcement Coordination Group (NICECG) has pledged to combat illegal wildlife trade and will focus on species such as Tigers, elephants and marine turtles.