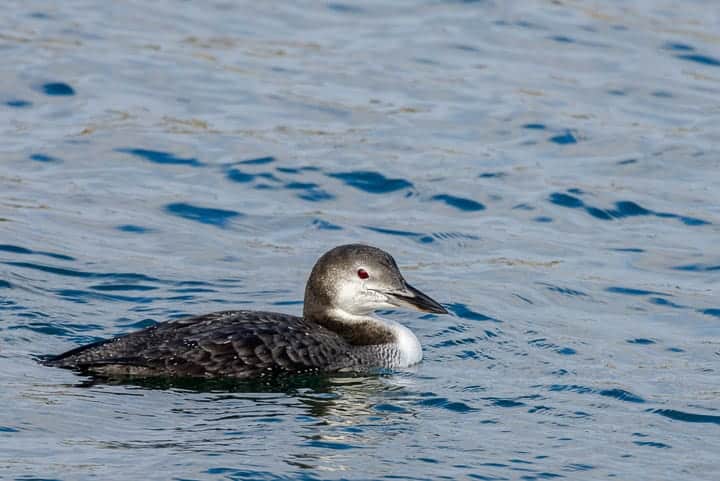 The Common Loon or as known as the Great Northern Diver in Eurasia breeds in the northern portion of North America, Greenland, Iceland and Scotland.  It winters on the seacoasts or large lakes of south Europe and the United States.

Because of its migration habits, it is seen commonly in the waters off the Massachusetts coast.  In southeastern Massachusetts, the common loon is found along Buzzards Bay from Westport to Bourne. This fall, I have been able to observe the common loons, swimming and feeding in the Cape Cod Canal.

Because a lot of folks walk along the canal, it seems that the loons have gotten used to them and are not as skittish as they are normally.  Because of this I have been lucky enough to photograph the loons, as they are feeding. The first picture, is a common loon swimming in the canal.

This next sequence shows a common loon feeding on a crab.  I did a large crop of the loons head in which you can visualize the eyes of the crab that that the loon is eating. 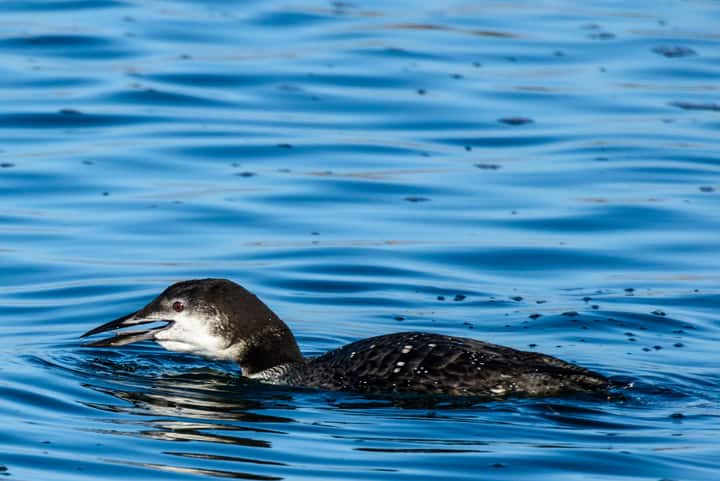 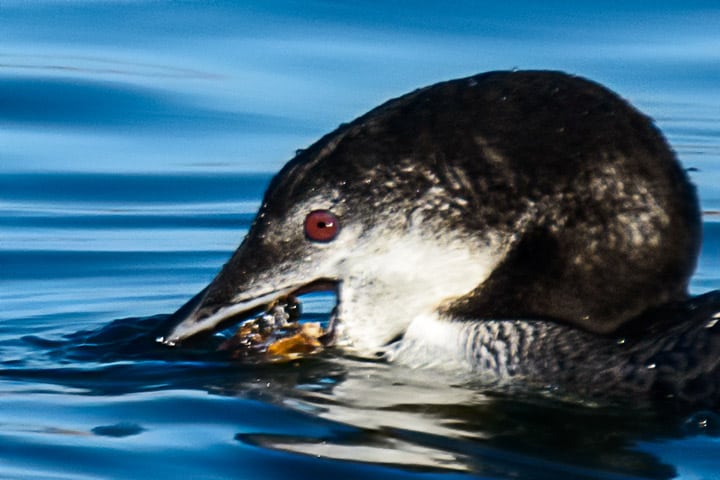