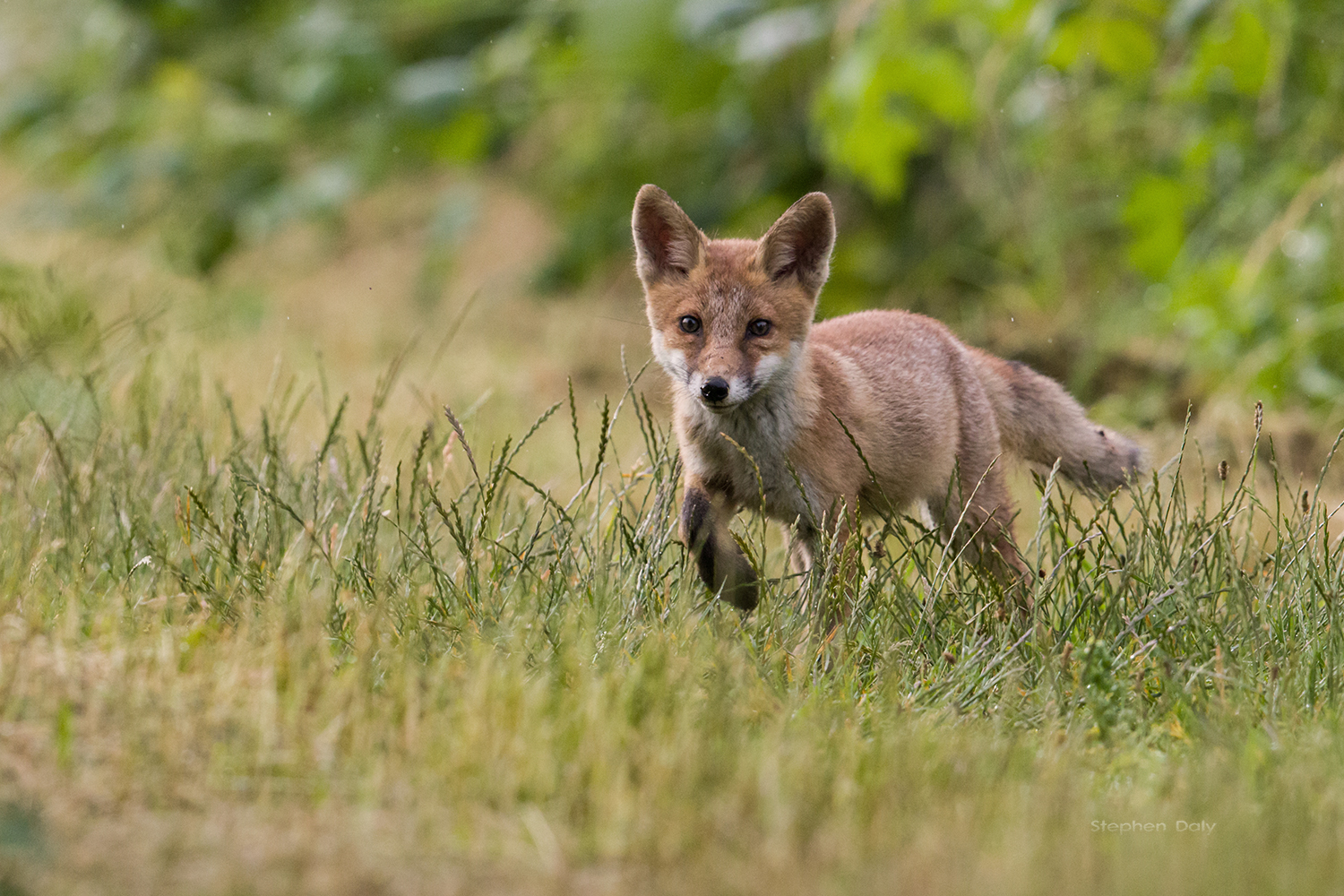 I went out to a local nature reserve north of Karlsruhe, Germany very early one day last week primarily to look for breeding Bluethroats, but came across this lovely young Red Fox cub. His muddy paws were a result of exploring the reed-beds on the fringes of one of the many pools on the reserve.

Red Foxes are wild animals and serious hunters, but still pull at our emotions simply because they look very cute. Some of the things that enhance our liking for these animals include their intelligence.

They have lots of bad press with expressions like ‘As cunning as a fox’ but they are indeed clever and as an example hide food in a hole in the ground or wall when they have some extra and come back and eat when they are hungry.

Foxes will eat just about anything including worms, spiders, lizards, mice, voles, rabbits, birds, berries and fruits. If they live in the city they’ll search rubbish bins and areas where people picnic in parks. 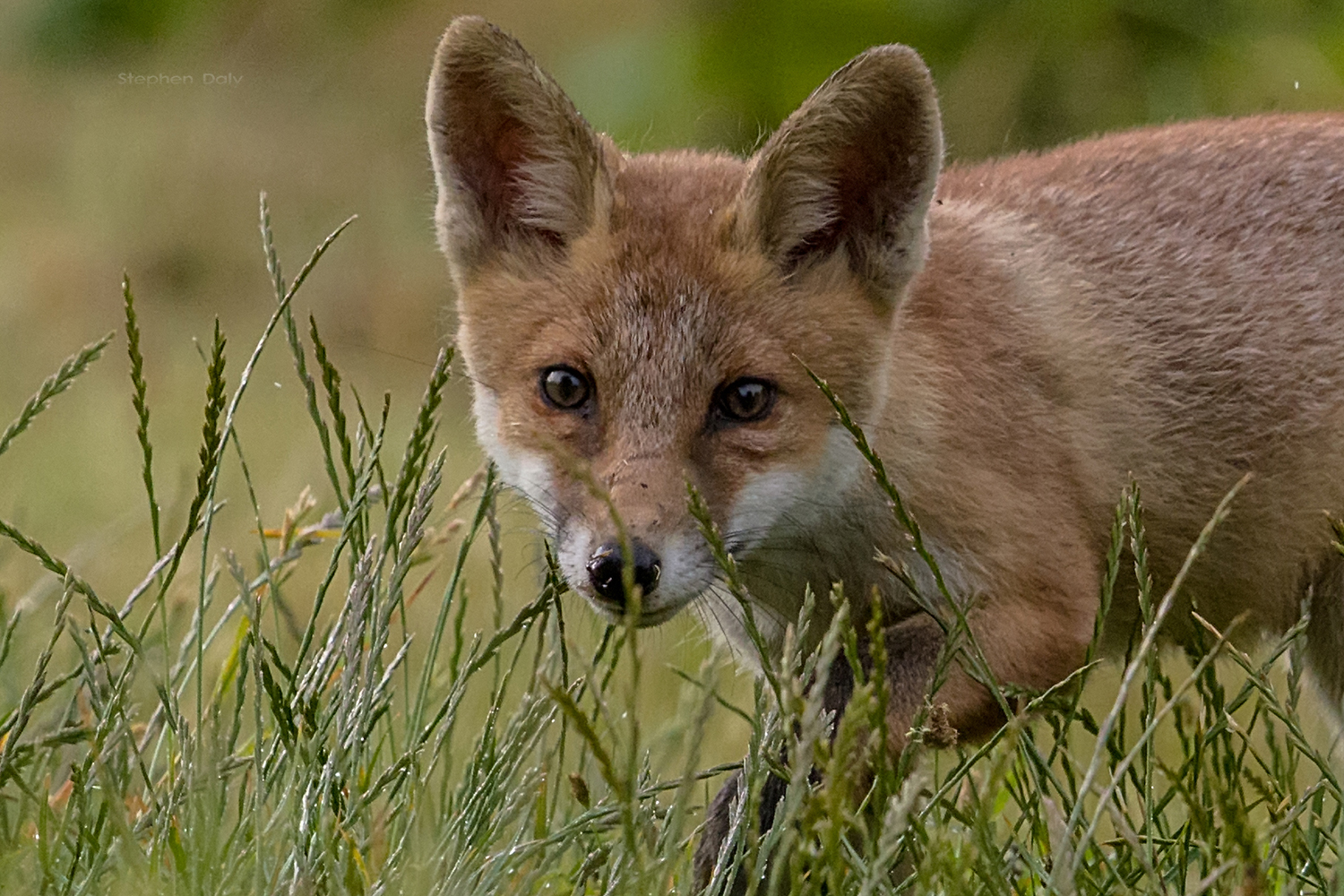 The pupils in the eyes of foxes have vertically elliptic shape, like that of a rugby ball. It’s not so obvious, but perhaps you can see what I mean from a close up of the photos above.

The pupils are actually more akin to that of a cats and there is one species the Grey Fox of North America that is the only fox that can climb trees. 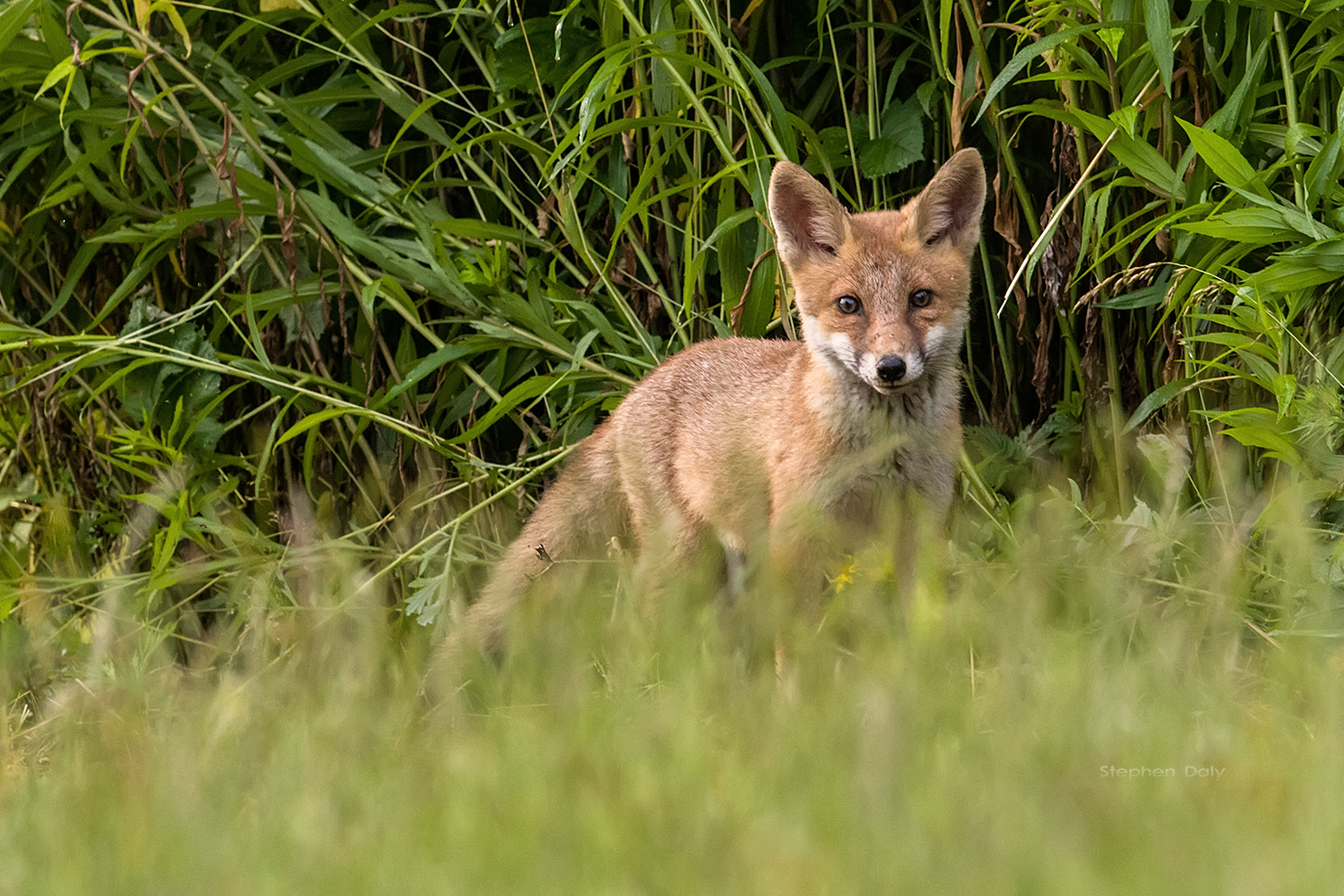 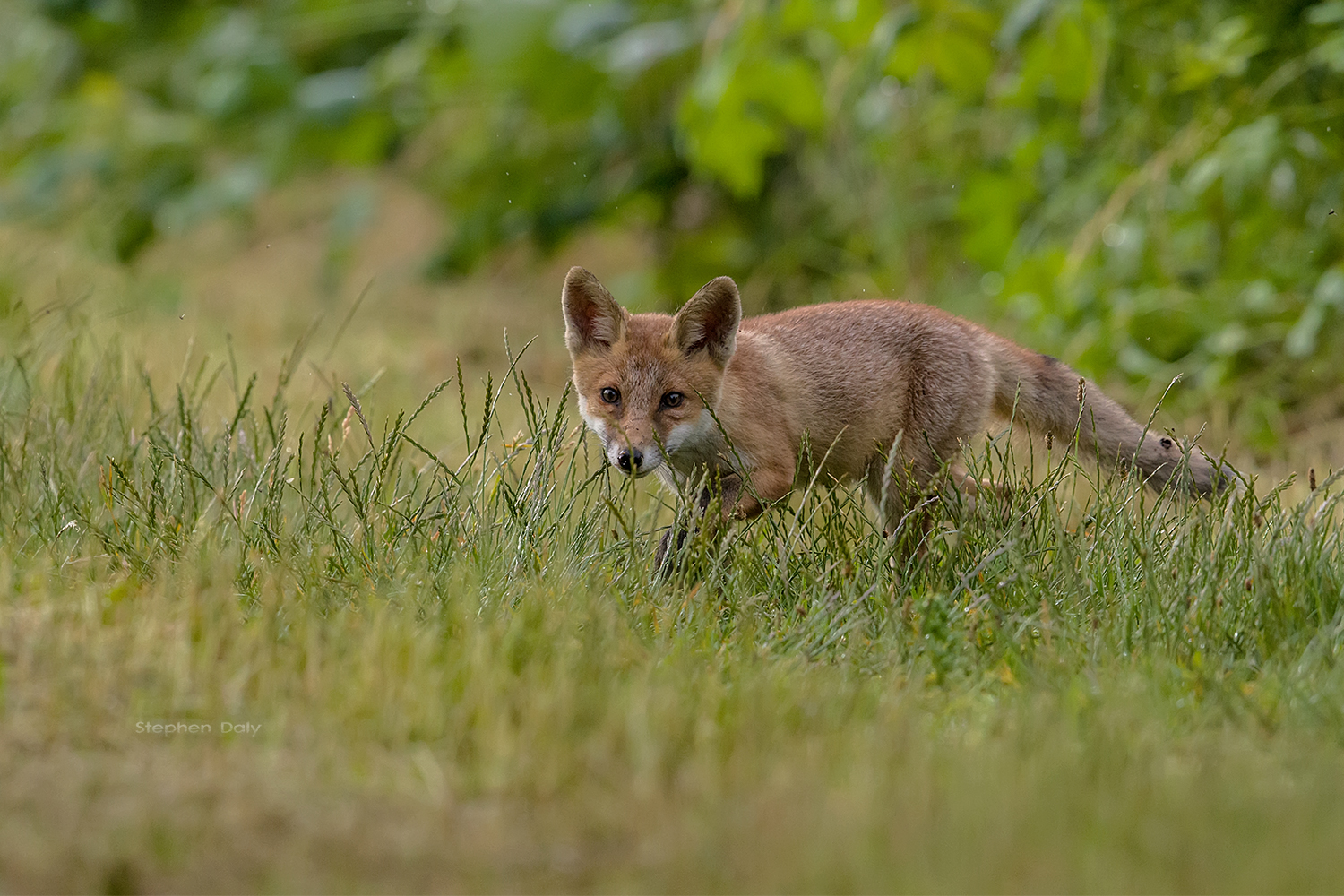 Back in 2009 there was a newspaper report about a fox cub caught in a snare near Southend in Essex, UK. The snare was tied to a tree and the wire had tightened around the cub’s stomach to the size of a couple of twopence pieces. 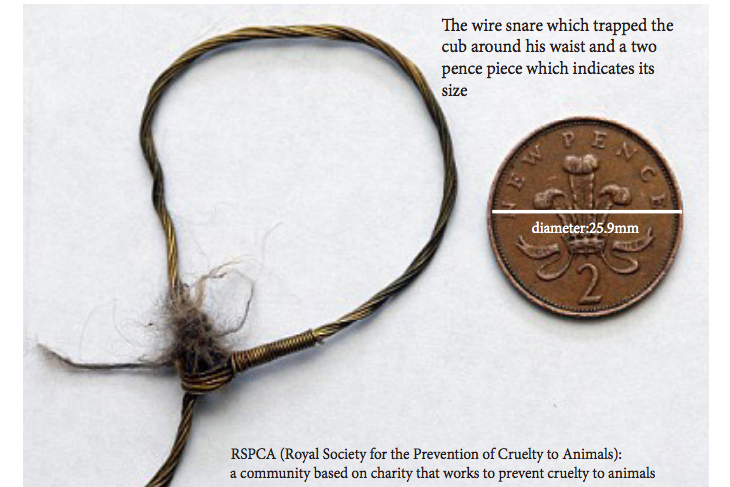 Vets believed that the animal had been trapped for up to two weeks and survived only because it’s mother returned to regularly feed the trapped youngster. 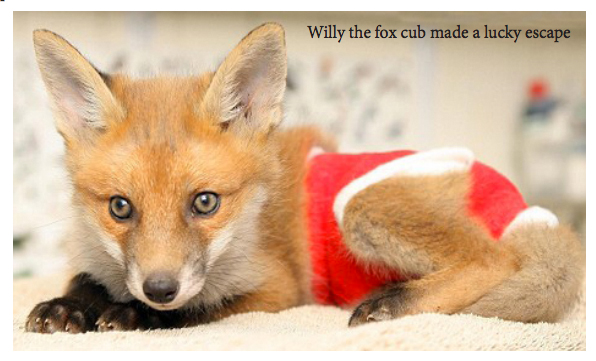 After lots of stitches and other treatment the fox cub, who was named Willy by the veterinarian team was eventually released back into the wild 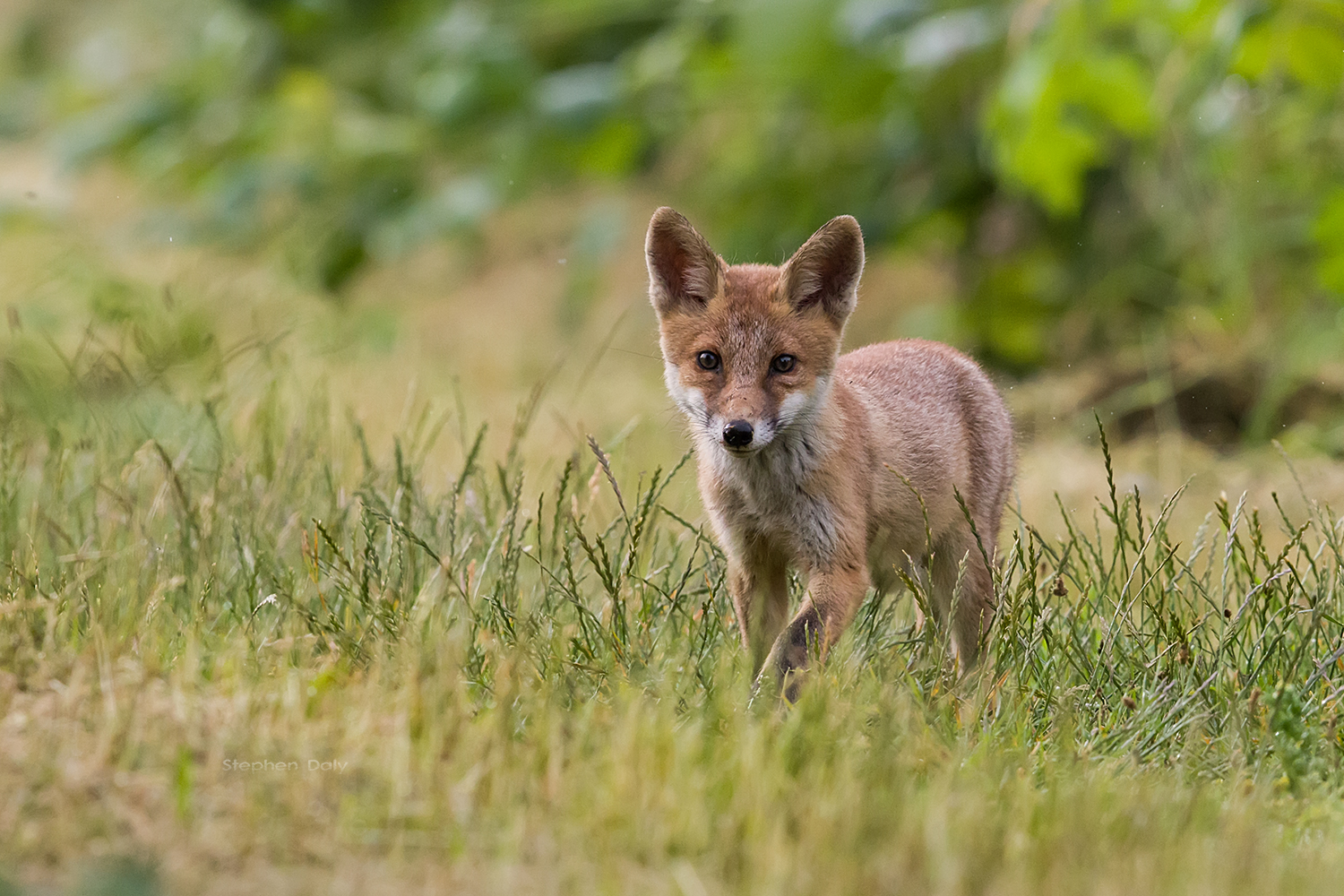 Foxes are part of our ecosystem and because they take ground nesting birds they are persecuted or ‘controlled’ in some sensitive areas by killing them using various methods.

Rather than get into an emotional debate about our furry friends I have to admit that my love for foxes often clashes with for example, the decline in the population of Montagu’s Harriers on the Iberian peninsula and other places, where there are lots of wind turbines.

In these places animals such as foxes, genet and mongoose learn very quickly that birds of all sizes, bats and dragonflies get killed by the rotating blades and fall around the bases of the wind turbines where predatory animals manage to find plenty of free food thus raising strong families and consequently over-populate such wind farm areas. Female foxes have a gestation period of just 53 days. Any ground -nesting birds like the Montagu’s Harrier can fall prey to such natural hunters.

Such are the consequences of wind generated electricity production but the dilemma is that I do want to be able to turn on the lights at home.